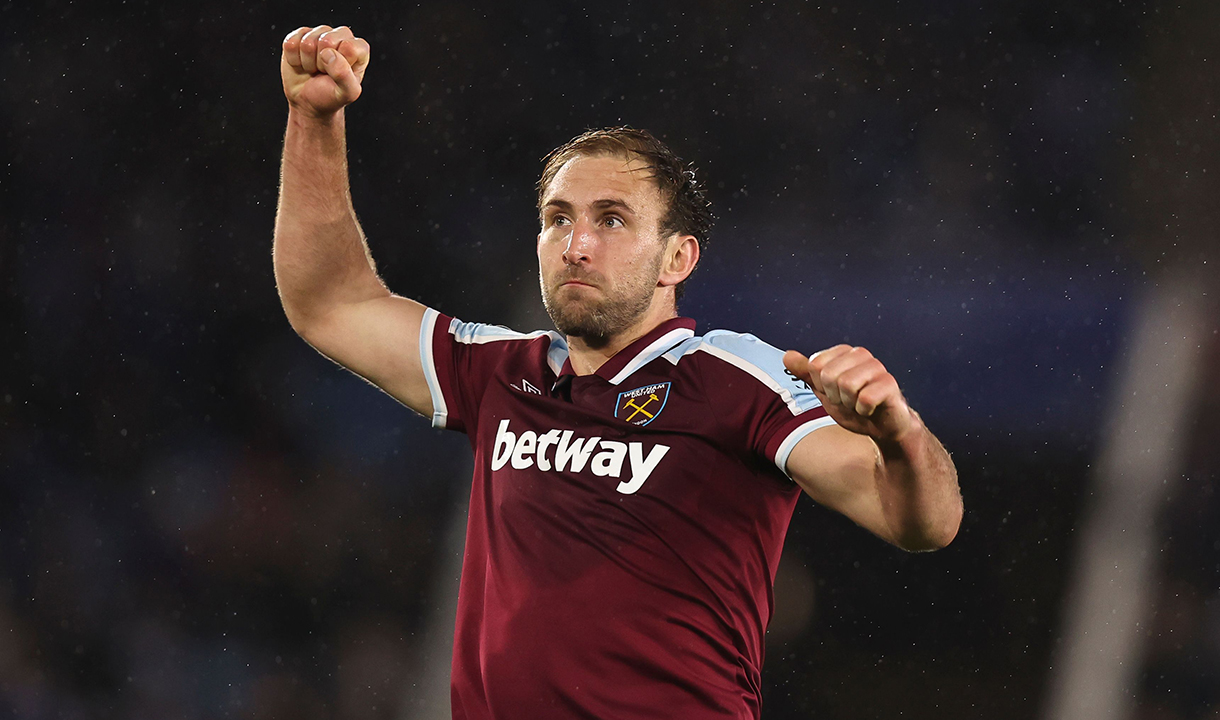 Craig Dawson: A point was a fair result

For their determination to battle until the very end, West Ham United defender Craig Dawson felt his side were good value for a point on Sunday.

A bitty game amid turgid conditions at King Power Stadium did not make for the most free-flowing of Premier League spectacles, but the Hammers were still good value for a first-half lead after Jarrod Bowen raced onto Issa Diop’s long ball to smash in after ten minutes.

Yet it was not a lead they were able to secure after Aaron Cresswell committed handball on the stroke of half-time, allowing Youri Tielemans to step up and stroke home from the penalty spot.

The early momentum in the second half was the Foxes’, inspired by the metronomic presence of Tielemans, and it was his ball which granted space for Harvey Barnes to clip the ball towards Ricardo Pereira – Leicester’s second goalscorer – to nod in at the back post.

But the introduction of three second-half substitutes reinvigorated West Ham in the closing stages, Saïd Benrahma winning a corner in the first minute of injury time which Bowen delivered and Dawson bundled home from close range.

After a momentary Video Assistant Referee (VAR) checked, Dawson’s vital goal – his first in the league this season – stood.

“Of course [it was an important goal],” Dawson said at full-time. “We were working hard to get the goal, and luckily enough it went in.

“I was slightly worried [about the VAR check], but it counted, so that’s all that matters. It was a fair point for us today.”

“Set-pieces are something we work hard on. It was a great ball into the box and luckily it went in.

“The manager made a couple of changes which helped us out, and the lads put a shift in to the end.”

It’s going to be a tough battle [for Europe], we know that. We’ll just keep working hard and taking every game as it comes

The Hammers went into the game seeking a third win in all competitions in the space of nine days, but left having narrowly avoided a third defeat in their last four Premier League games.

Picking up points when form is not on your side is the hallmark of a top team and, thanks to Dawson’s late intervention, the Irons picked up what could be a valuable point to remain fourth in the Premier League table.

Given that many of the sides around them also dropped points this weekend, the 31-year-old admitted that while his team were on the whole disappointed with the nature of their display at King Power Stadium, the point was fully merited and could prove vital later on.

Dawson added: “It’s obviously disappointing [not to win], but let’s focus on ourselves. I think a point was a fair result in the end.

“It’s going to be a tough battle [for Europe], we know that. We’ll just keep working hard and taking every game as it comes.

“We’ve got another tough game next week [at home to Newcastle United], so we’ll prepare well this week.”