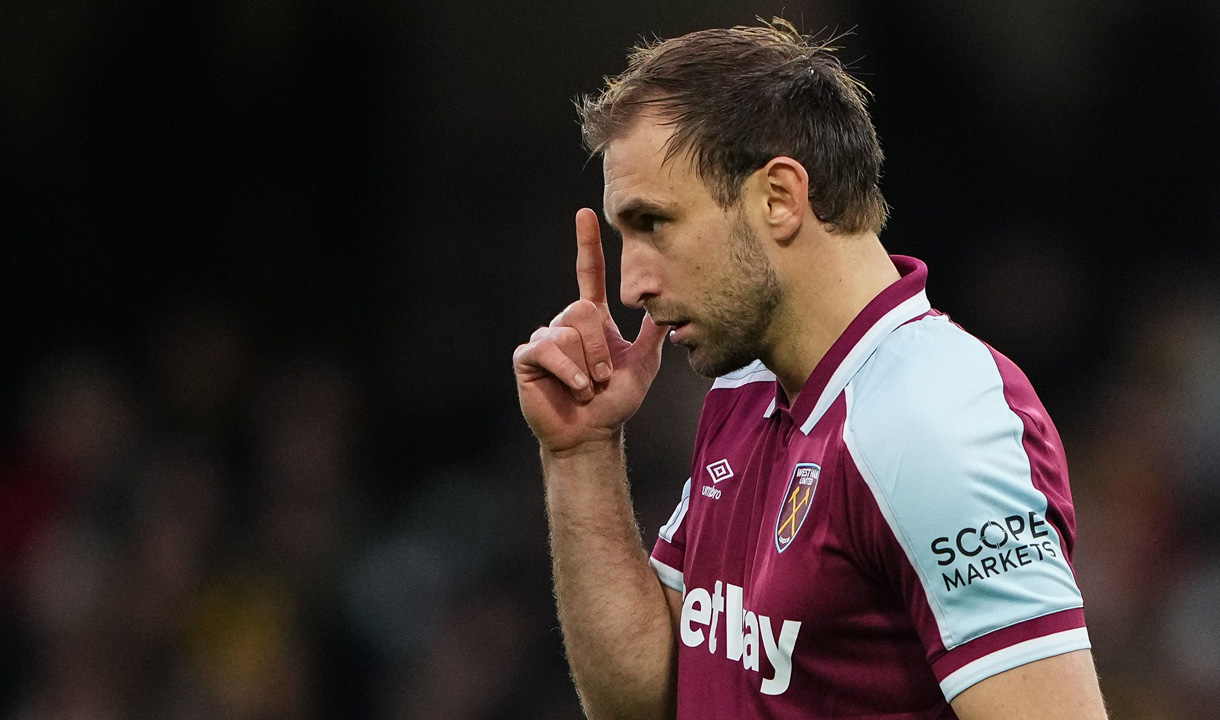 Craig Dawson: The Gaffer is right – we can improve and we will improve

When Craig Dawson’s name was read out by the Vicarage Road stadium announcer minutes before kick-off between Watford and West Ham United, it was booed by a fair number of home supporters.

The reason? Dawson’s single season with the Hornets ended in relegation from the Premier League in May 2020 and, after falling out of favour at the start of the following season, the defender was loaned to the Hammers in October last year.

After waiting patiently for his opportunity, Dawson made his West Ham debut in a goalless Premier League draw at Southampton a year ago this week. By the season’s end, the 31-year-old had helped David Moyes’ side finish sixth in the Premier League and qualify for Europe.

Six months on, the centre-back returned to Vicarage Road for the first time since his departure and played his part in West Ham’s emphatic 4-1 victory, sending his former club to a fifth consecutive top-flight defeat.

Speaking to West Ham TV, Dawson was delighted to help the Hammers return to winning ways after their own three-match run without a Premier League victory and climb back into the top five.

“We’ve had some disappointing results and it was a great reaction from the lads,” he started. “To score four goals was really important.

“The lads were impressive up top. We took our chances well and it could have been a few more on another day, so credit to the lads.

“The boys up front have got everything so it’s really important for them to keep firing, keep scoring the goals and keep exciting the fans. Obviously, we’ve got to do our own jobs behind them, but we’ve got a dangerous front four.”

For Dawson, Tuesday’s win was also welcome for him personally after the team’s recent run of indifferent results, which had coincided with the loss of fellow centre-backs Angelo Ogbonna and Kurt Zouma to injuries.

“It’s good to be back in the side,” he confirmed. “Obviously the injuries were unfortunate and we hope the boys are back soon, but it’s important we build on today and keep going.

“It’s one of those things when we’ve not had the luck of the draw with a couple of decisions that haven’t gone our way, so hopefully we can keep going and keep building on this win.”

Overall, Dawson could probably not have wished for a better 2021, as he played his part in helping the Hammers to a record Premier League points total and qualification for the UEFA Europa League knockout stages.

“It’s been a great year, so I’ve just got to keep it going now, keep working hard and hopefully have some good results,” he said, with typical modesty.

“Obviously, it’s been great and it does get me excited, but we can always keep working hard and keep improving. That’s all the lads want to do, keep pushing. We’ve had a few setbacks recently, much to our disappointment, but we’ll keep working hard.”

Dawson and his teammates go into 2022 in optimistic mood, and with so much still to play for this season, both at home and abroad, and manager Moyes is demanding his players find even higher levels of performance in the New Year.

“The Gaffer is right – we can improve and we will improve,” Dawson agreed. “We’ve just got to keep working hard.”