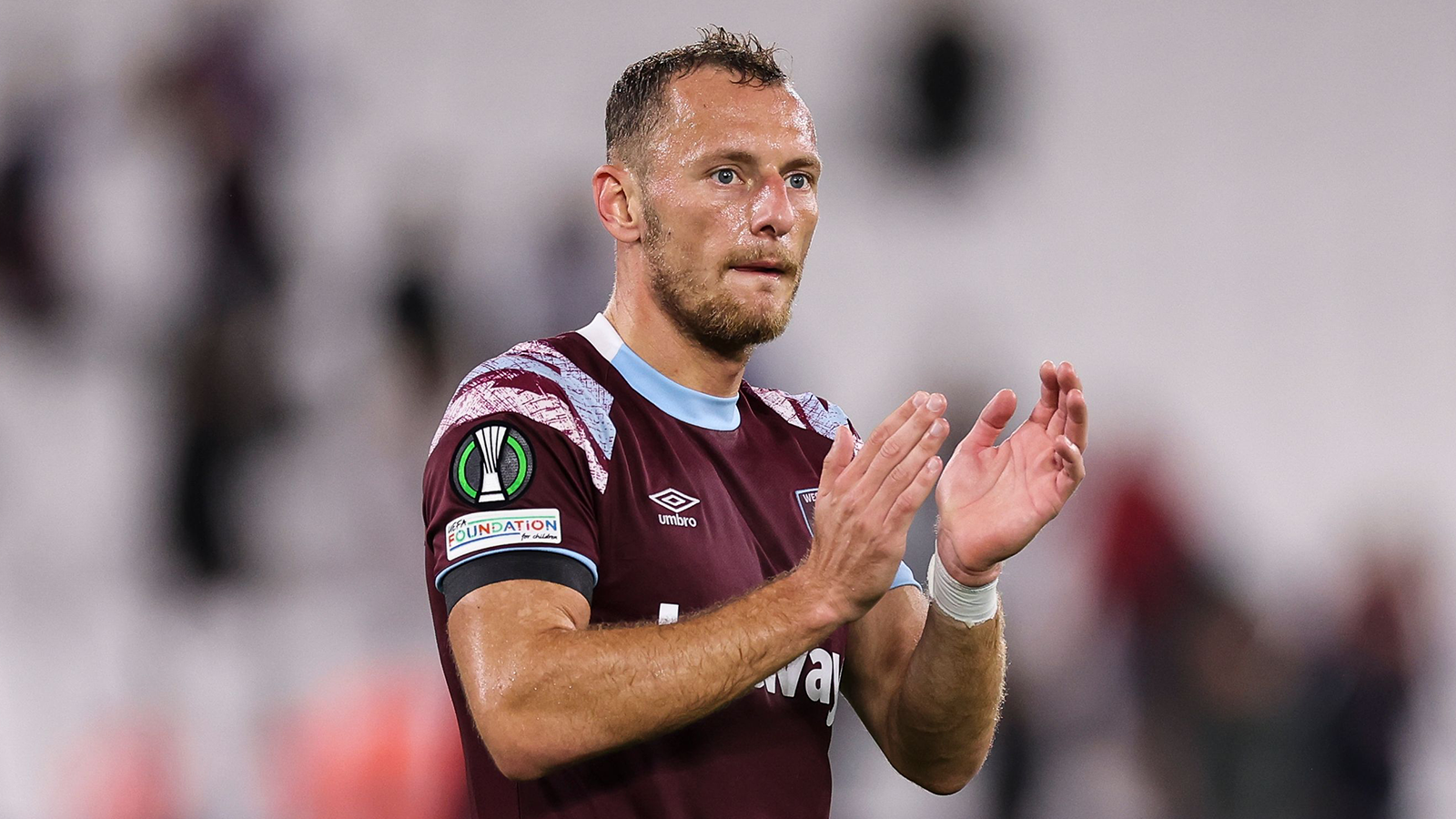 Coufal: I wanted to find out about the country and the history

Vladimír Coufal has reflected on West Ham United’s tributes to Her Majesty Queen Elizabeth II before and during our UEFA Conference League match with FCSB at London Stadium.

The Czech Republic international was moved by the showing of the West Ham faithful, who paid their respects to the long-reigning sovereign – alongside the travelling Romanian support – whose passing was announced 90 minutes before the 8pm kick-off.

Coufal was proud the match could be played as a show of solidarity, with more tributes planned for West Ham’s next Premier League match at Everton on Sunday 18 September.

“It was a very sad day for the whole nation,” Coufal said. “It was a really strange day, to be honest. When we came onto the pitch [against FCSB] it was really sad.

“I was curious if people would come to the match or not. The warm-up time was strange because it was a very sad atmosphere, with very slow and emotional music.

“Somewhere in your head it is like: is it right isn’t it right [to play the match]? How can I be focused on the game when the whole nation is very sad? It was really strange. It was a mix of feelings.

“What can I say? I am a foreign player, but I am grateful I could live here in Great Britain when Queen Elizabeth was here. I don’t want to just live here and play football – I wanted to find out about the country and the history.

“All I could do at the weekend was watch a TV show about Queen Elizabeth and the new King – Charles III. I watched it with all my family – and it was like a fairy-tale. I have never seen it before. We have a president in the Czech Republic. What I saw on the TV it was something amazing.”

After the Premier League schedule was paused as a mark of respect following the passing of HM Queen Elizabeth II, West Ham United vs Everton is one of seven top-flight fixtures that will take place this weekend.

Further tributes will be planned for Premier League fixtures that take place during the period of national mourning.

Supporters and players from West Ham United and Everton will come together at Goodison Park, with a minute’s silence planned for before  Sunday’s fixture, and players on both teams again to wear black armbands.