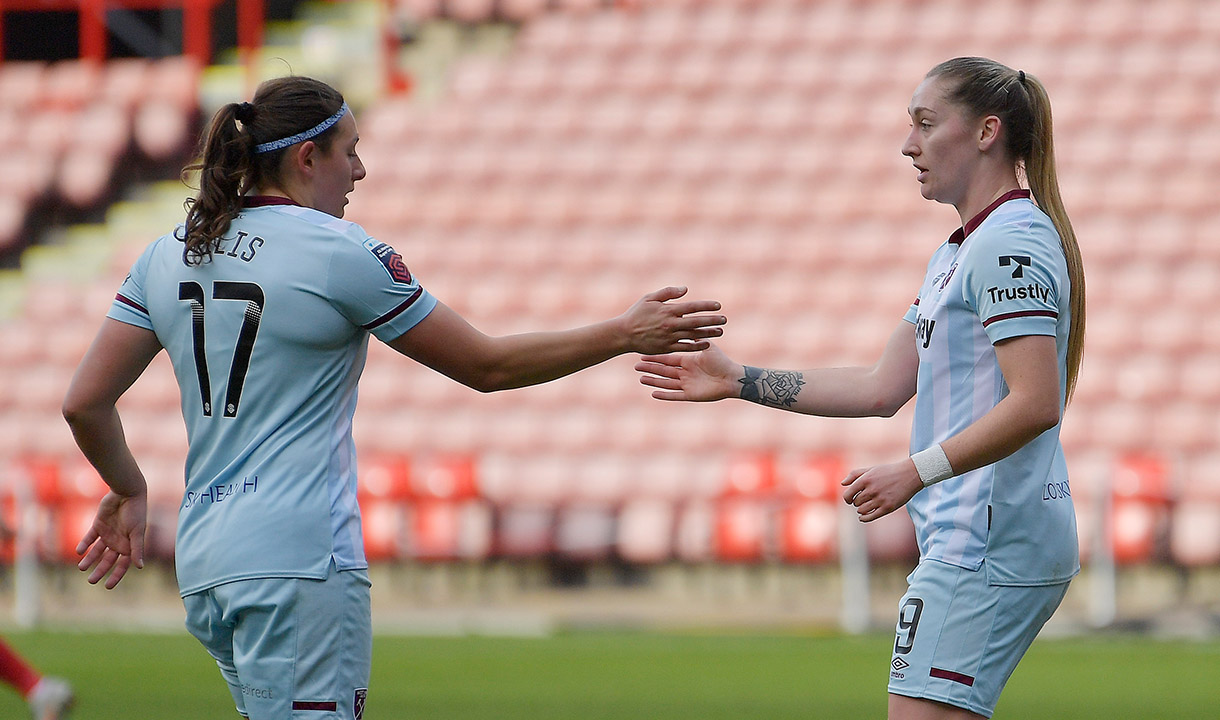 Claudia Walker: I'm glad that the team got the job done

Claudia Walker was in fine form for West Ham United Women in their 4-1 victory over Sheffield United in the Vitality Women’s FA Cup fourth round.

The 25-year-old forward scored twice in the win, and was pleased that the team were able to get the win and put themselves into the hat for the fifth round.

“I'm glad that the team got the job done, Walker told whufc.com “I think it was a tough game coming here. Everyone knows how good of a competition the FA Cup is and anything can happen.

“So we just needed to make sure we came here and gave our everything and got the win, which is what we did in the end.

“It was a battle in the first half, the game could have gone either way to be honest. So we just needed to sort of like raise our levels in the second half and I think as a team we did that.”

Walker was at the heart of everything good for West Ham United, holding up the ball well against a physical Blades backline and being in the right place at the right time for both of her goals.

It can sometimes be a lonely existence playing up front on your own, but the former Birmingham City striker managed to bring her team-mates into the action on numerous occasions, something she admits that she has been working on at the Hammers’ Chadwell Heath training base.

“We've been working on hold up play a lot in training. I’ve been trying to improve on my touch, holding up the ball and spinning in behind. I think today gave me an opportunity to do just that. At time my touch could have been better, but I’m pretty pleased with my overall performance.

It’s been quite a gruelling couple of weeks for West Ham United – playing five matches over the course of the last two weeks, which included two fixtures against Chelsea, and games against Everton and Tottenham.

Walker is pleased that the Hammers are now able to get back out on the training pitch more frequently, with a week now until their Barclays FA Women’s Super League clash against Aston Villa.

“We’ve had two really tough weeks with the games that we’ve had. We’ve pretty much been playing and then having a couple of days training and then it’s time to play again. I think today will give everyone in the squad a little bit of a boost after some tough games in the past few weeks.

“It also keeps the feel good factor around the camp, because we want to be involved in the FA Cup for as long as we possibly can,” Walker said.