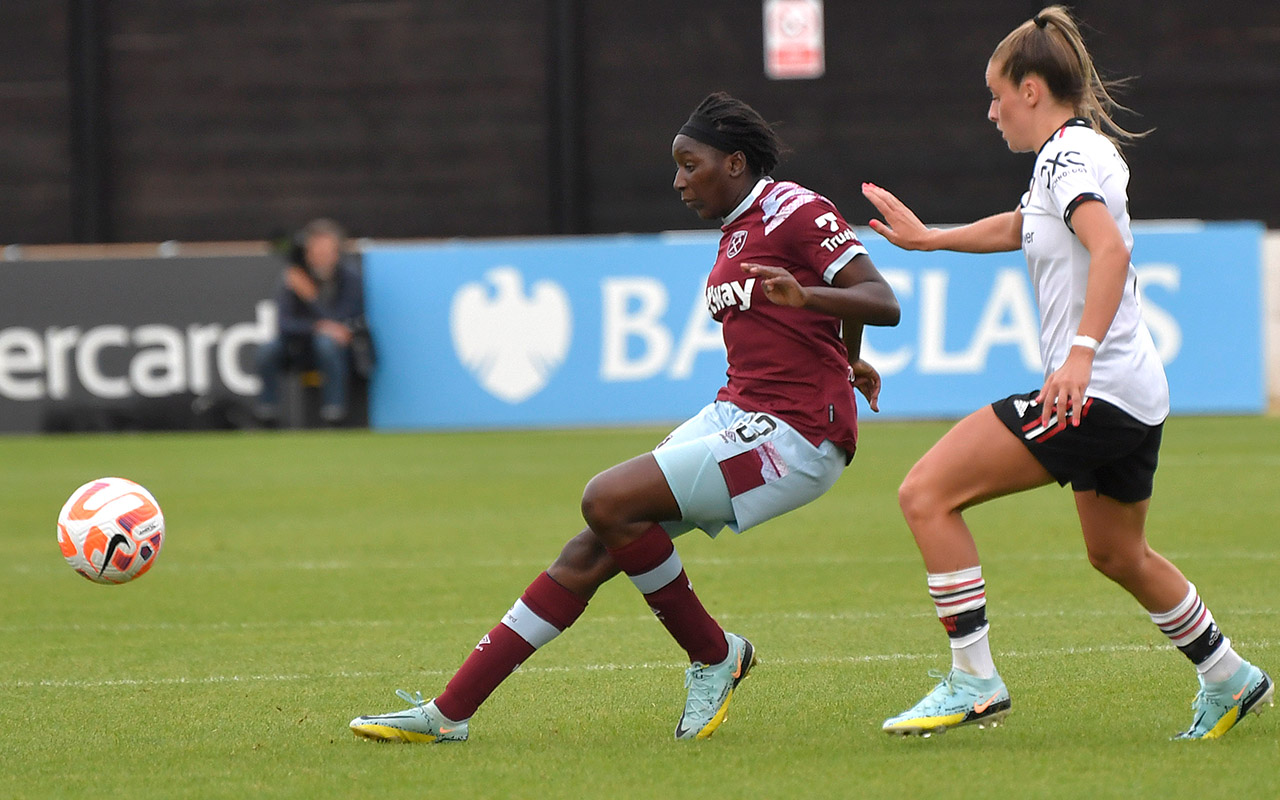 The two teams were meant to face one another at Stamford Bridge on what was set to be the opening day of the 2022/23 campaign, but football in the United Kingdom paused as a mark of respect after the passing of Her Majesty Queen Elizabeth II.

In this rearranged clash, the France international is hoping that her side can bounce back from a 2-0 defeat to Manchester United on Sunday.

Despite the defeat, Ciccoko highlighted the positives that the team can take into this clash in west London.

“I thought that our performance against Manchester United was good when you consider the amount of quality that they have within their team,” Cissoko told whufc.com.

“If Lucy’s (Parker) disallowed goal is given, then I think the last 25 minutes are very different. The third goal in that game was the most important, and I believe we would have gotten a lot of momentum and maybe things could have been different if the goal had stood.

“It was a good test for us to see where we are against the bigger teams in the league and what we need to do to make sure we’re competing.

“It’s always exciting to be playing against the top teams, you want to be competing against that quality of team on a consistent basis and we hope to take the positives from the Manchester United game into this one against Chelsea.”

Paul Konchesky’s Hammers looked defensively sound for much of the contest against Marc Skinner’s United – with the two goals coming just after half-time.

It was a similar story when the Irons faced Chelsea last season, a 2-0 defeat at Kingsmeadow, with both of the goals coming in the second half.

Cissoko believes that the team have what it takes to keep it tight at the back, but they need to be clinical with the chances when they are presented to them.

“We know what we need to work on now going into Chelsea – we know that we can’t make mistakes because they will punish us.

“We have to concentrate for the whole match because Chelsea are so dangerous. When we create opportunities, we’re going to have to be ready to take them because we might not get many openings because of the quality Chelsea have.

“The game will be about moments – being defensively strong at one end and then being clinical at the other.

“That’s what we will aim to do and I hope we will be able to leave Kingsmeadow on Wednesday evening having played well and hopefully have come away with a positive performance,” Cissoko concluded.