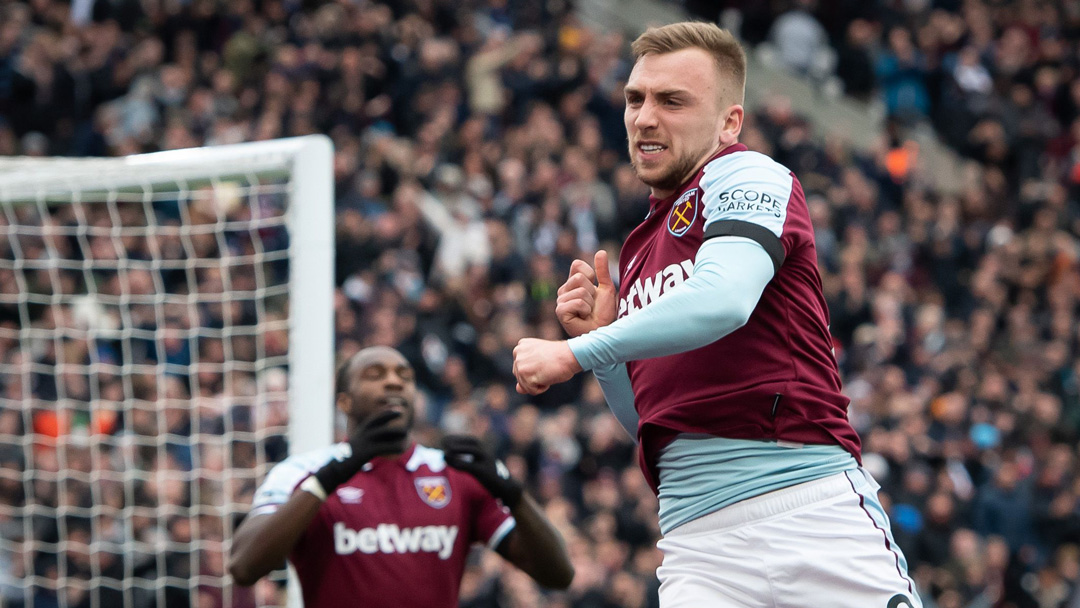 Bowen: We want to get the better of Arsenal

Jarrod Bowen’s scintillating form for West Ham United this season has been attributed in part to the training sessions he undertook on his uncle’s farm in Herefordshire.

And all the hard work the forward put in pulling sacks of potatoes last summer has led to him pulling up trees in a Claret and Blue shirt ever since.

At time of writing, Bowen had plundered 15 goals and assisted eleven more in 46 action-packed performances in 2021/22, helping the Hammers challenge for a second straight top-six Premier League finish, reach the latter stages of both domestic cup competitions and the semi-finals of the UEFA Europa League.

Bowen’s form has not only impressed Moyes, his teammates, opponents and the wider football world, but also seen the 25-year-old tipped for a call-up to Gareth Southgate’s England squad and talked about as an outside bet to travel to the 2022 FIFA World Cup finals in Qatar at the end of this year.

With three weeks of a memorable 2021/22 season to go, the Leominster-born player and his Club still have a huge amount to play for, with West Ham hunting for a spot in the Europa League final and the place in next season’s UEFA Champions League that comes with victory in it.

Before thoughts turn to the second leg of that semi-final against Eintracht Frankfurt in Germany this Thursday evening, though, the No20 is focused on this afternoon’s Premier League fixture with Arsenal.

"The games are coming thick and fast at the moment and obviously we’ve got massive games in Europe and also a massive game here on Sunday as well," said Bowen.

"We’re just taking it one game at a time, so we’re focused on Arsenal today, then we’ll concentrate on Frankfurt on Thursday, which is what we’ve done all season.

"I’m excited about what’s to come. I get a bit nervous on the day of each match itself, but that’s only natural and I can’t wait to get out there on the pitch."

It’s a London derby, they’re in great form and we want to get the better of them
Jarrod Bowen

And Bowen's next opportunity to get out there on the pitch comes on Sunday afternoon, when Arsenal visit London Stadium for a derby clash that the forward is relishing.

A win over the Gunners would take the Hammers back into the top six and strengthen the Club's bid to qualify for Europe through their Premier League position for a second consecutive season.

"West Ham versus Arsenal is a massive game," he confirmed.

"We respect Arsenal and they’re in a great bit of form at the minute and really pushing for that top four place and we’re pushing to get into that top six, so it’ll be a great game.

"It’s a London derby, they’re in great form and we want to get the better of them.

"I remember the away game at the Emirates where we got another red card when Vladi [Coufal] was sent-off and they missed a penalty before going on to win, so we want to get the win against them this time around."