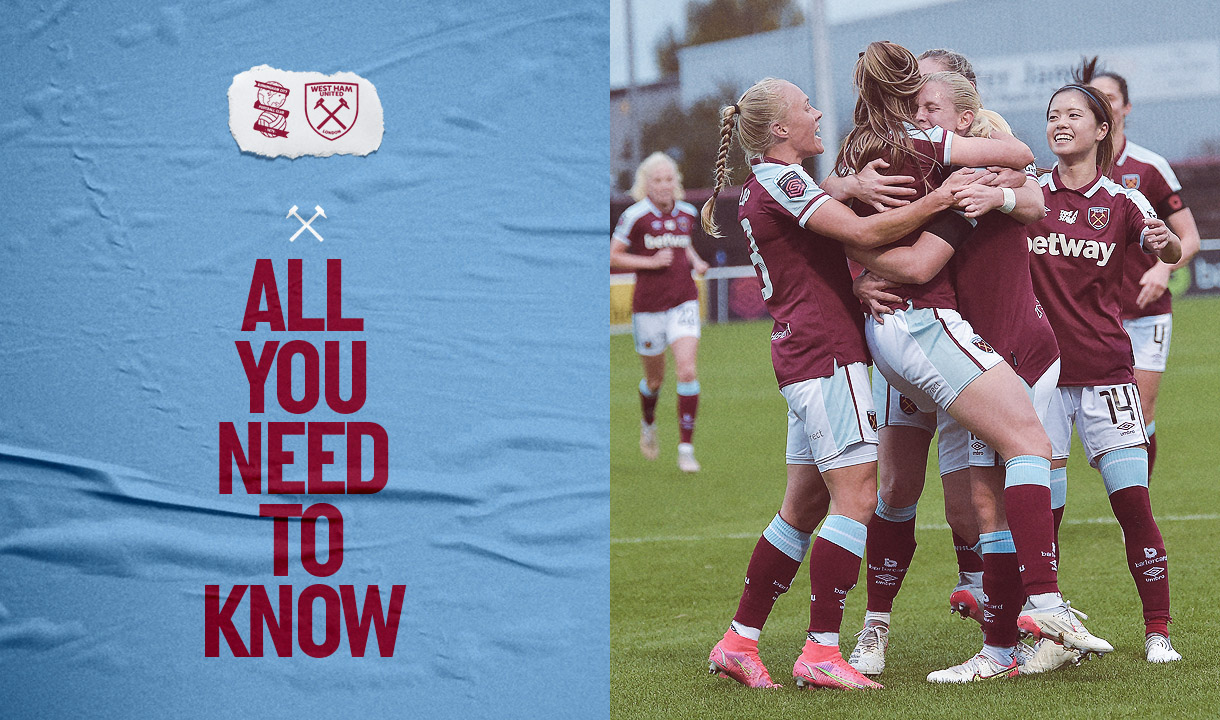 West Ham United Women travel to St Andrews for their second match of the Conti Cup group stage, as they face Birmingham City.

The Blues have a solitary point on the board so far this season, earned after drawing with the Hammers at the Chigwell Construction Stadium back in October.

Olli Harder’s side will be looking to better that result this time around, which would mean his side would all-but qualify for the knockout stages.

The only way that fans will be able to watch the clash against Birmingham is by attending the match itself - which gets underway at 7:30pm

As usual, will also be bringing you live twitter updates as well as the usual array of reaction and highlights pieces on whufc.com.

Maisy Barker is continuing to make good progress from the foot injury that she sustained in pre-season, but she will be unavailable for the clash against the Blues.

Further team news will be released at 6:30pm tomorrow evening.

It has been a summer of change and transition for Birmingham City. Carla Ward left as manager to head across the second city to rivals Aston Villa, while ten players departed, including Claudia Walker.

Last season, Birmingham finished in eleventh place, two points above relegated Bristol City. They are yet to win a WSL match in 2021 but did draw 2-2 with the Hammers at Chigwell Construction Stadium last season.

Scott Booth took over the reins this summer, having won six titles in succession with Glasgow City in the Scottish Women’s Premier League.

Booth and Birmingham are looking for their first win of the campaign – losing to Brighton in their first group stage game in October.

Christie Murray: Murray was one of the very few players to commit her future to Birmingham City in the summer. The Scotland international has 43 career goals to her name, but is yet to find the target this season after a spell on the side-lines.

Louise Quinn: Quinn bagged the equaliser when the two sides met in October and will be a threat from set pieces once again. The 31-year-old centre-back won the title with Arsenal in 2018-19, playing 19 times under Joe Montemurro during that campaign. Quinn has been ever-present so far this season since arriving from Fiorentina.

Harriet Scott: A Republic of Ireland international, Scott has been with the Blues since 2018, making 51 appearances in total. The full-back was club-captain under previous manager, Carla Ward.

We also be bringing you live twitter updates as well as the usual array of reaction and highlights pieces on whufc.com.