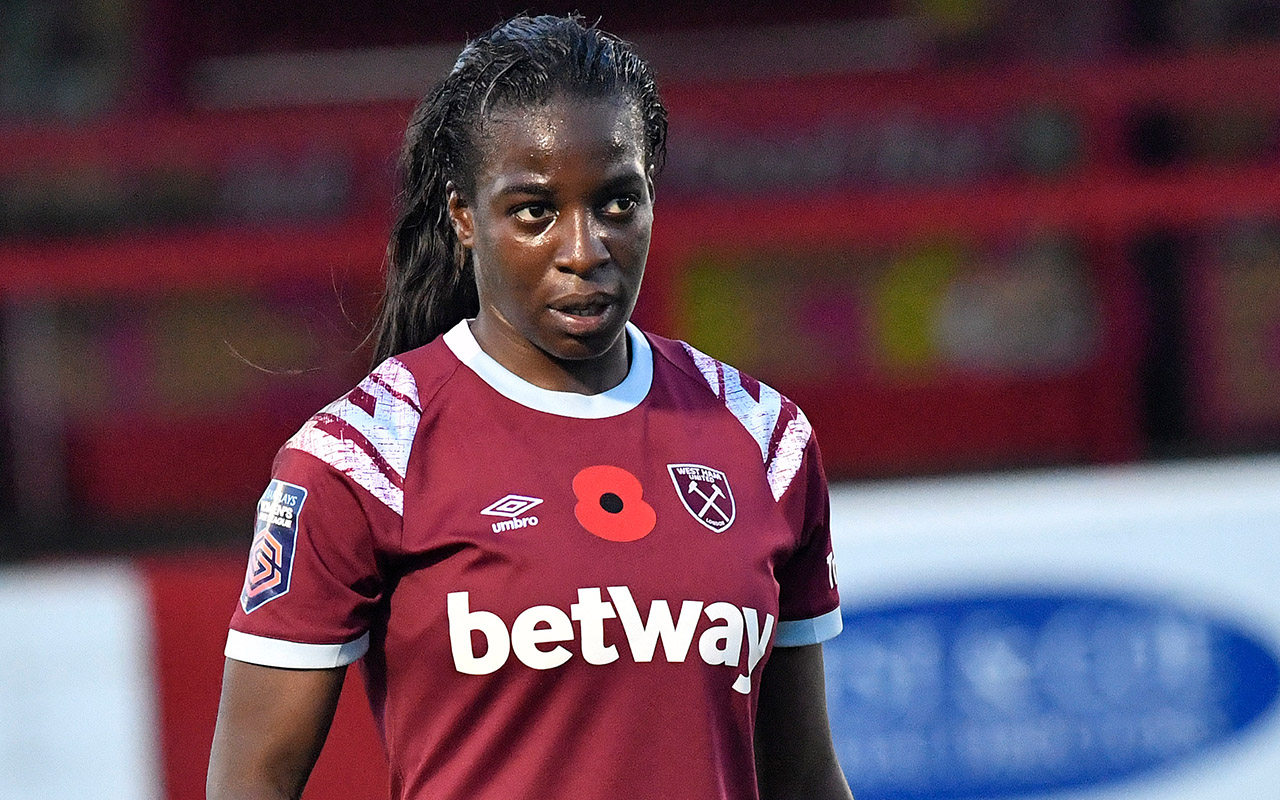 The Hammers were beaten 4-5 at the Chigwell Construction Stadium on Sunday evening, with the Seagulls ruthless finishing proofing to be the Irons undoing.

The game got off to the perfect start for Paul Konchesky’s side. After a torrential downpour before the match, the sunshine basked the pitch as Lisa Evans got her side off to the best possible start after only three minutes.

But Brighton would hit back, and surge into a 3-1 lead at the break thanks to goals from Veatriki Sarri and Danielle Carter. Dagny Brynjarsdottir notched her sixth goal in as many matches to pull a goal back, but Elizabeth Terland and Jorja Fox would add further goals to seemingly put the contest beyond doubt.

Asseyi would score a brace to make for an interesting final ten minutes, but Konchesky’s team could find another goal and were beaten.

“I’m not happy, because we couldn’t win the game today,” the France forward told whufc.com.

"I think we had plenty of opportunities to win the game, but this is what happens in football when, as a team, you make a lot of individual mistakes.

“The positives that we can take from the game is that we got ourselves back into it towards the end, but ultimately it wasn’t enough for us to get any points. “

Asseyi scored twice in the women’s team’s previous home match, a 3-2 victory against Reading back in October – but this time the team found themselves chasing the game rather than holding on to take all three points.

And whilst Asseyi couldn’t hide her disappointment in defeat, she says that the team can still take positives from the performance.

“We know that we had a lot of opportunities to score, and it can only be a positive that we’re creating so many, plus the fact that we rallied and scored twice to get ourselves back into the game.

“We have to take the positive path in moments like this, because we need to have a positive mindset going into the Leicester City game.

“We know that we have a good team that works incredibly hard every day, but sometimes things happen on the pitch that don’t go your way, or players make mistakes. These things happen, and today is a really good lesson.”

Asseyi has now scored five goals in all competitions for West Ham United, and she hopes that she will be able to score many more as the WSL season meanders on.

“I’m a striker, so my aim is to always score goals are assist somebody else. So from my part, I’m happy to score two goals today, but I’m not happy because we didn’t win the game. I much rather us win matches than myself score goals.

“We have the international break now, where the attention switches to our national teams, but we know that when we come back, the focus will be on Leicester,” Asseyi concluded.