West Ham United Women kick off their Barclays FA Women’s Super League campaign away at Brighton & Hove Albion, as they travel to the Amex Stadium on Sunday afternoon, with the match kicking off at 2pm.

After a lot of hard work during the pre-season campaign, the Hammers are raring to go on the opening day of the season.

For the first time since February 2020, Hammers fans are to travel to watch their team away from home. Tickets are still available to purchase ahead of the match with prices listed below:

*Please note that there is no segregation in place for this fixture.

Alternatively, if you can’t make it to the game, you will be able to watch all of the action over on the FA Player. 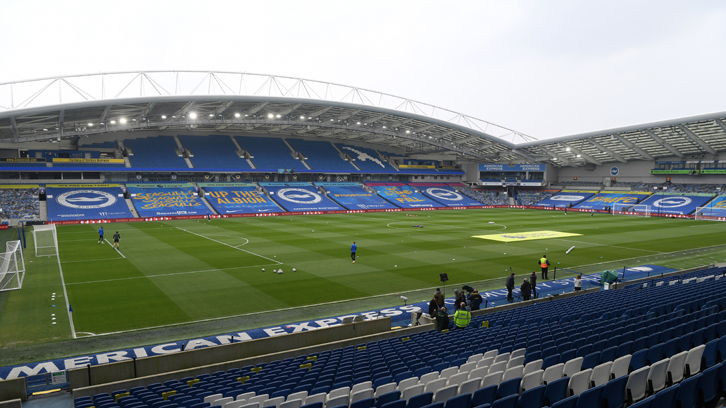 Olli Harder has two long-term absentees that will be unavailable for the clash down on the South Coast.

Kateřina Svitková is recovering from a long-term ankle injury that she sustained against Aston Villa at home back in April. The Czech Republic international has been working hard and is progressing well.

Maisy Barker will also be unavailable for selection tomorrow afternoon. The 19-year-old defender sustained a foot injury during the early stages of pre-season and is working well with our medical staff.

Further team news will be available to read when our line-up is named at 1pm tomorrow afternoon.

Brighton & Hove Albion finished the 2020/21 campaign strongly, eventually finishing in 6th place in the table. This included picking up unfancied victories against Chelsea at Kingsmeadow and at home to Manchester United on the final day of the season.

Albion are managed by former England boss, Hope Powell, who made the move down to the South Coast in 2017 taking on her first club management role.

The Seagulls usually play their fixtures at Crawley’s The Peoples Pension Stadium but will play at the Amex Stadium for their opening fixture this weekend.

This summer hasn’t exactly been frantic for Powell and her team, with the only permanent incomings being experienced forward Danielle Carter and Korean international Lee Geum-min, with the latter making her loan move permanent after spending the previous campaign on loan in Sussex.

Rinsola Babajide and Fran Stenson have arrived from Liverpool and Arsenal respectively on loan until the end of the season to add more depth to a side that saw 10 players depart over the summer.

The Hammers have a pretty mixed record against tomorrow afternoon’s opponents. The two sides have met six times in competitive fixtures since the Hammers turned professional - with each side winning three apiece

In the 2019/20 season, West Ham won both of their league fixtures over the Seagulls – firstly beating Powell’s side 3-1 away from home before securing a 2-1 win at Rush Green just before the season was cut short due to the Covid-19 pandemic.

Last season, the two sides met on three occasions, twice in the WSL and once in the Conti Cup. The Hammers lost both fixtures in the league by a 1-0 score-line, but were victorious courtesy of a penalty shootout in the cup, which would take them out of the group-stage and set-up their run to the semi-finals.

West Ham United Women’s manager Olli Harder: “It’s a great treat to be starting the season at the Amex Stadium. We know that Brighton are a strong, physical team and have a good programme, but it’s a good opportunity for us go out and play with no fear and look to pick up a victory on the opening day.

“This season is about continually improving what we’re doing here at West Ham United. It’s about creating an elite environment for our athletes and as a football club to continue to grow what is a young programme.

"We’re a young team - this is only our fourth professional season as a club - so it’s about continuing to grow and hopefully become a force in the future.

“Success for us this season comes in many different forms. It’s about growing and improving our programme, growing our community, engaging women’s football within our fanbase and looking to win every game that we play.”

Tickets are still available to purchase by clicking here, or if you can’t make it then watch along live on the FA Player.

We will also be bringing you live twitter updates as well as the usual array of post-match reaction and highlights pieces on whufc.com. 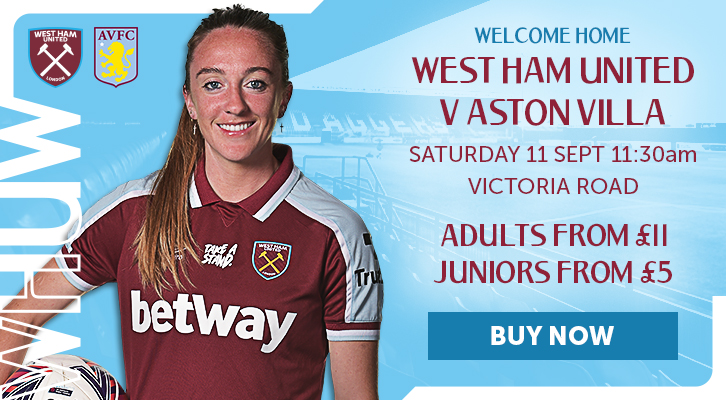