Angelo Ogbonna named in FIFA Team of the Week

Angelo Ogbonna’s latest reward for scoring the match-winning goal at Goodison Park is an inclusion in the FIFA 22 Team of the Week – West Ham United’s first this season.

The 33-year-old centre-back was pivotal at both ends of the pitch during the 1-0 win over Everton on Sunday, bravely blocking several shots to keep a clean sheet before heading home Jarrod Bowen’s corner late on.

And the Italy international’s fine form has been rewarded with his fifth Special card in FIFA history, which included a brace of Team of the Week nominations last season.

The news also means that the Hammers have received two Special cards in FIFA 22 in the last five days, after fellow centre-back Issa Diop was awarded a UEFA Europa League ‘Road to the Knockouts’ card on Friday.

Together, the duo make for quite the formidable FIFA 22 centre-back pairing!

It was written in the stars that we'd get Ogbonna in our 75+ player pick in #FUT pic.twitter.com/xm1zO1iJtV

Ogbonna’s ‘in-form’ Ultimate Team card raises his overall rating from 80 to an impressive 83. Key boosts see his defensive rating go up from 82 to 85, and his physical stats from 76 to 80.

Lucky Hammers fans will be able to collect Ogbonna’s Team of the Week card in FIFA 22 Ultimate Team packs as of 6pm on Wednesday 20 October. They will be available until 5.59pm on Wednesday 27 October.

Last season, West Ham recorded an incredible 14 ‘special’ FIFA cards for their players in FIFA 21, after eleven Team of the Week nominations, a Player of the Month card for Jesse Lingard and a Premier League Team of the Season card for Tomáš Souček. 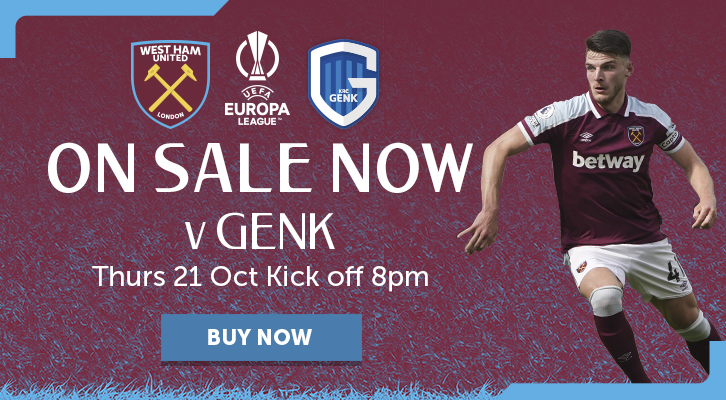