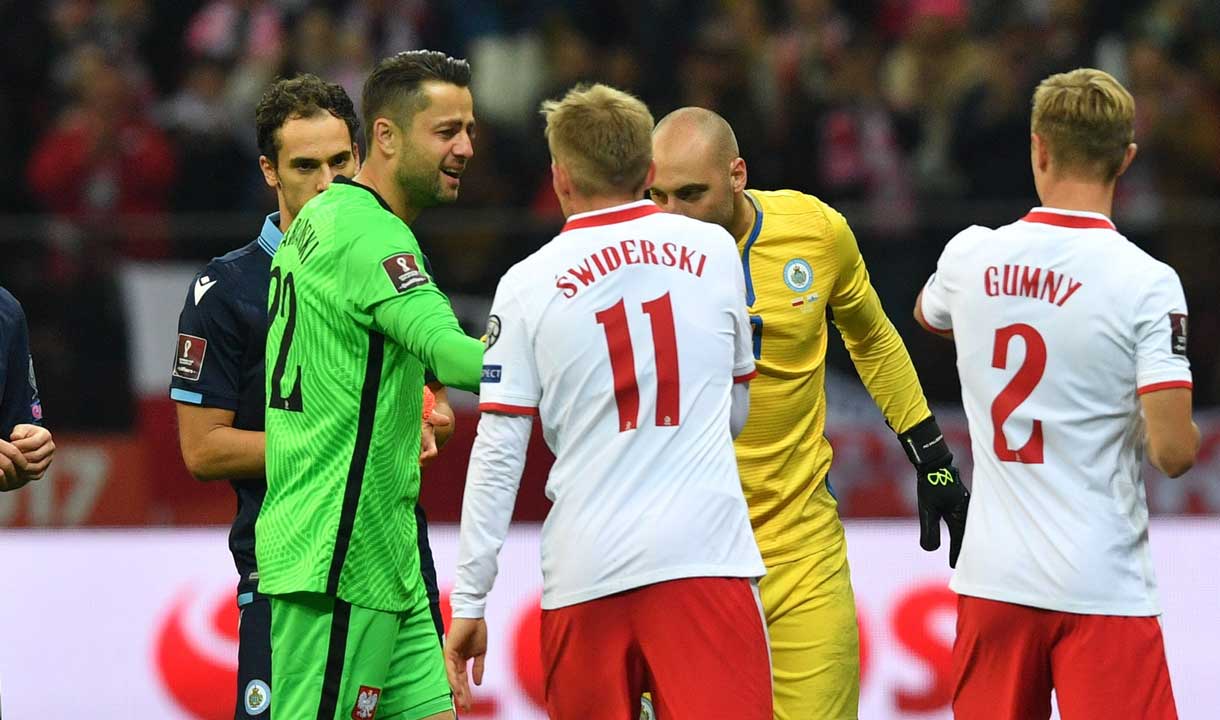 The West Ham United goalkeeper announced his international retirement in the summer following his nation's Euro 2020 campaign, but was given this meeting with San Marino in Warsaw as a farewell game.

Poland, who went on to win 5-0, were 3-0 up when Fabiański left the field to a guard of honour and a standing ovation in the 58th minute.

Fabiański also received messages of support from his current and former international teammates and was presented with a framed Poland goalkeeper shirt with his name and the No57 on the back.

The 36-year-old made his debut for Poland back in 2006 and travelled to two World Cups and three European Championship finals with his country, helping them reach the quarter finals of Euro 2016 in France.

Elsewhere on Saturday night, Andriy Yarmolenko was among the goals as Ukraine boosted their hopes of qualifying for next winter's finals in Qatar with a 2-1 win in Finland.

Yarmolenko opened the scoring four minutes into the Helsinki contest with a fine strike from 20 yards - his 43rd goal on his 103rd appearance - but his country had to come again after Norwich City's Teemu Pukki levelled on the half-hour.

But a goal from Benfica's Roman Yeremchuk just five minutes later settled the contest in Ukraine's favour and keeps them second in Group D with eight points from six games.

With home and away qualifiers against third-placed Bosnia & Herzegovina to come, they know victories in those games would likely make sure of a play-off spot.

Finally, England's Declan Rice was an unused substitute as the Three Lions racked up a comfortable Group I 5-0 win in Andorra.