David Moyes: West Ham United have got to see the job done

West Ham United manager David Moyes is taking nothing for granted ahead of Sunday’s season finale at home to Southampton.

The Irons have enjoyed a terrific 2020/21 Premier League season, racking up 62 points – one away from breaking the Club record but, more significantly, one away from securing sixth place in England’s top-flight and, with it, UEFA Europa League football.

Speaking in his pre-match press conference at London Stadium – where 10,000 supporters will be welcomed back on Sunday – Moyes praised players, staff, supporters and the Club as a whole, ahead of what everybody in Claret and Blue hopes will prove the culmination of a memorable campaign…

We have to try and win the game.

That’s the aim. We want to try to finish on a high and do our job. We’ve got ourselves into pole position, and we have to try and win. It will be a tough game – I’m sure of that.

I said to the players a few weeks back that the Club record in the Premier League was 62 points. We’ve equalled that, and NOW we’ve got the chance to beat that in our own right. we’ve got to try to do that.

We know that it would not only beat the record, but it would also give us something else: European football.

I’m really hopeful that we can get there, but I’m not taking a thing for granted, I’m really not. With the game [against West Brom] on Wednesday night, I’m trying to get the players recovered quickly and as fresh as I possibly can.

It’s the third game in a week, not just for our Club, but for all clubs, and it’s been a big achievement getting to where we are. We’ve got to see the job out now.

I don’t know yet about Lukasz Fabianski’s injury.

We don’t think it’s quite as bad as we thought at the time on Wednesday, but whether he’s available to play this weekend, it will genuinely be a last-minute call. 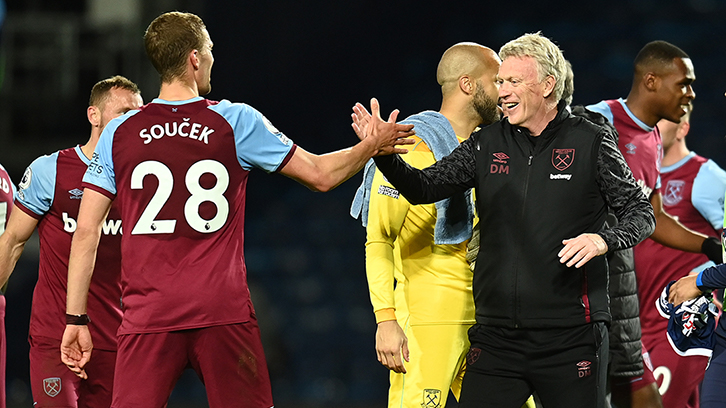 It’s great to have supporters back, especially with the situation we’re in as well.

We’re bringing them back to a really positive team who have played well and have put in some brilliant performances and effort throughout the season.

I think it’s fitting that the players have a chance to be cheered, because they deserve to be for how well they’ve performed this season.

This year, we’ve had so many who have performed at a high level. I was told it’s the first time we’ve had [multiple] players get ten goals, and it’s something that we need to do even better.

We’ve got a couple of players on ten goals this year, which has been good, and I hope they can increase that before the end of Sunday.

In the reverse fixture in December, a 0-0 draw, we were playing Southampton at a really good time for them.

They are a good team, but at that time they were up near the top of the Premier League and even had a period where they went top.

We went there knowing that we were going to have to play well. That was a good night for us because we drew – we’d have like to have won, but we drew – and it was an important point then.

I just think that [Southampton manager] Ralph Hasenhuttl’s got a really good style of play. I think they’ve been a good team to watch, with some very good players in their team.

We’ll need to improve on December, but I think we have improved greatly since then, so I’m hoping that we’ve still got enough energy in the tank to show that come Sunday. 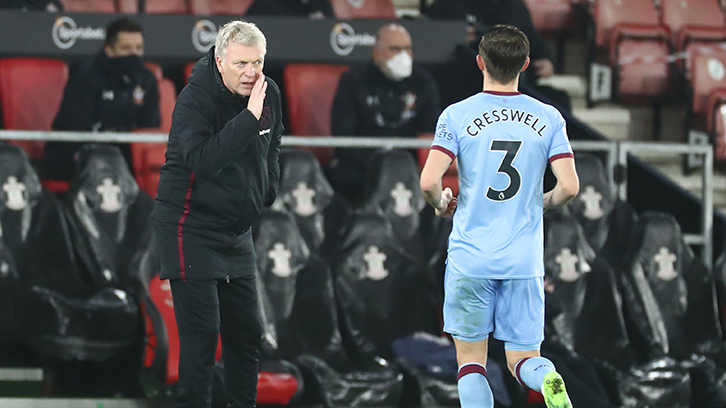 I couldn’t say any more other than I’m hopeful that Jesse Lingard chooses to come here.

We don’t know. That’s down to Manchester United at the end of the [loan] time, but he’s been really good for us.

It’s been a positive signing and good news for us since January when we brought him in.

Our success has been about good communication and trying to understand everybody’s difficult situations.

You have to think about the players who’ve not been able to travel home to Spain or France or wherever they’re from. They’ve not seen their parents, or maybe not seen some of their families for a long time.

You have to try and make sure that you’ve made them feel as happy as possible, feeling that coming in to work has been correct, and I think that most of the players have done really well.

I hope they all get a good holiday now – they all deserve it, because it’s been a really long year. The amount of games we’ve had to squeeze in this year has made it a really difficult programme for everybody. 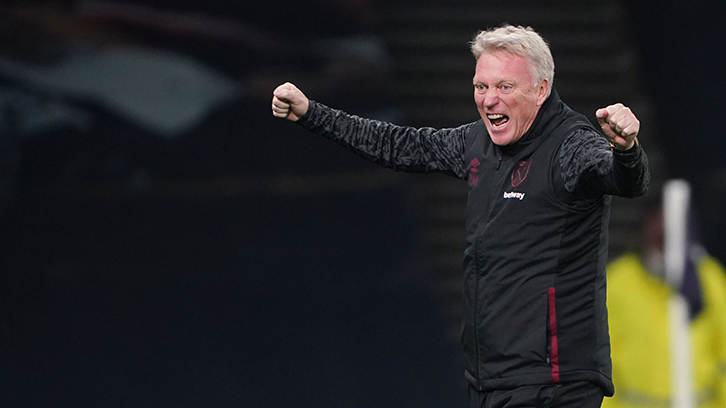 We’ve made so many good memories this year.

We started the season not so well, but then I had COVID at one point, and it was great to see my staff doing a brilliant job. They were terrific and watching them win away at Leicester was a big result for us in the early part of the season – it gave us lots of confidence.

We came from behind at Tottenham to get a draw when it didn’t look likely, and I’ve got good memories of going and winning at Goodison this year, and winning at Elland Road. They were really tough games to win, so we’ve had really great moments. We beat Tottenham at home in the league as well, which was really important.

Every game has had a good level of performance, but probably the bit I’ve enjoyed more than anything is the level of consistency we’ve shown, particularly through the difficult time of January and February when we had lots of games.

I’ve had lots of good moments and the players have done a really good job.