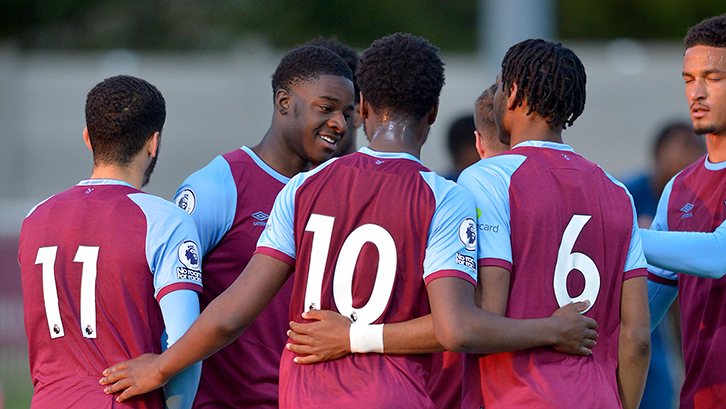 West Ham United U23s have finished their 2020/21 campaign in eleventh place – outside of the drop zone – in Premier League 2 Division 1.

The development squad played their final fixture of the season on Friday evening, a 2-2 draw against Arsenal at Rush Green Stadium.

That result left Dmitri Halajko’s young Hammers awaiting the result of Monday's game between Leicester City’s and Liverpool’s U23s before they would learn the final outcome of the campaign.

As a result of Liverpool’s 2-0 win in the Midlands, West Ham have finished ahead of Leicester in the Premier League 2 table, meaning that the Academy of Football side’s place in Division 1 for next season has been confirmed.

The league finish marks the completion of an impressive fightback by West Ham’s U23s; having picked up just nine points from their first 16 games, they went on to record 15 from their final eight league matches.

That run encompassed victories over Leicester, Manchester United, Everton and Arsenal, with draws against Liverpool, Arsenal and last season’s champions Chelsea, and just a sole defeat – a narrow 1-0 loss to this season’s victors Manchester City.

Following their final game of the campaign, Halajko told whufc.com: “It’s been a good end to the season.

“Our form over our last eight games has been close to two points per game – we’re in the top three or four in the league in that regard – so we’ve had some positive momentum and played some good football.

“The first half of the season was when we were dominating games but not finishing teams off, but it’s been a good second half to the season – we built on our first half and improved – and hopefully we’ve done enough to push ourselves on.

"Without a shadow of a doubt we’ve got good enough players to be playing in this division, and I think we’ve shown that. We’ve given every team a real game this season and should probably have finished higher than we have.”