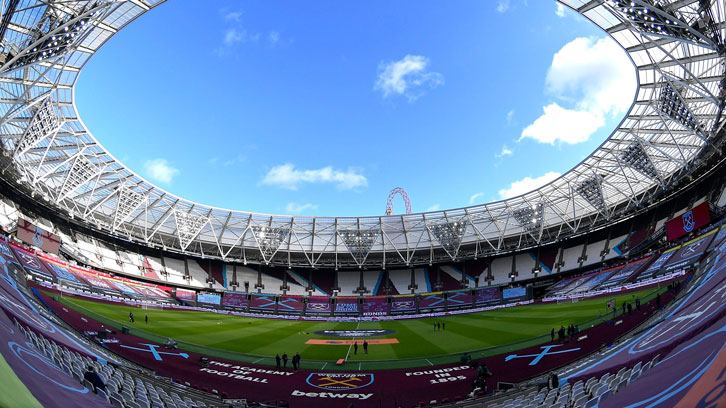 As was the case for all football clubs, the Club’s financial performance was significantly impacted by the COVID-19 global pandemic, which caused the postponement of the final nine fixtures of the 2019/20 Premier League season.

This led to an overall drop in broadcast income of £44.9m, primarily relating to the nine postponed games being deferred to the 2020/21 financial year. All income for the five home matches initially deferred, and subsequently played without supporters present during Project Restart in July and August 2020, was also lost. This heavily impacted our ticketing, commercial and retail income.

Turnover at £139.5million was down £51.2m on the previous year, primarily driven by the fall in broadcasting income which along with loss of regular matchday income is the primary reason for the increase in the net loss for the year by £38.1m to £65.3m.

Following the initial impact of the COVID-19 pandemic, the Club took steps to ensure it could avoid any redundancies and that all staff continued to be paid 100% of their salaries. In order to support the Club and aid its long-term stability, the Joint-Chairmen deferred interest payments and injected a further £30m of funding through a rights issue on 1 July 2020.

In addition, the Club’s Vice-Chairman Karren Brady, Manager David Moyes and Chief Financial Officer Andy Mollett took a 30% deferral in pay to assist the Club during this time. This, together with the Club being one of only a small number of Premier League clubs whose players stepped up in support by also agreeing to take wage deferrals, was a further demonstration of the togetherness and spirit across the football club.

In line with the objective of ensuring long-term stability both on and off the pitch, by the end of February 2021, the Club agreed a new five-year loan facility with MSD which provides the ability to access up to £120.0m if required, a portion of which will be accessed to close out the short-term loans taken as a result of the pandemic.

We also saw the West Ham United family come together to support those in our community most in need during the COVID-19 pandemic. Hammers fans everywhere have shown what makes them special during a challenging year for everyone, from those who have given their all for others in their communities to key workers, carers and volunteers.

The loyalty displayed by the Club’s fanbase was also indicated by the magnificent level of Season Ticket renewals for the 2020/21 season.  The safe return of our supporters to matches is something that cannot come soon enough. The Club continues to put rigorous plans and processes in place – in strict compliance with Government guidelines – to make London Stadium as safe as it can possibly be for all , and we can’t wait for the day our supporters are back in their seats cheering the team on.

On the pitch, great progress has been made since David Moyes’ appointment as manager in December 2019. In addition to significant investment in the summer of 2019, substantial funds were also made available in the January 2020 transfer window to strengthen the first team squad, with an investment of £107.8m during the season leading to a strong finish to the 2019/20 campaign.

An even more impressive run of results and performances in the first half of the 2020/21 season has followed which coupled with strong player recruitment in the summer of 2020 has aligned with a clear strategy and vision to build a young, vibrant and talented squad, capable of producing long-term success for the Club.

Joint-Chairman and majority shareholder David Sullivan said: “The 2019/20 season was a unique and unprecedented campaign across the professional game, but I am extremely proud and appreciative of the way everyone at West Ham United came together to help the Club and our community through such a difficult period.

“I would also like to thank our loyal and devoted supporters, many of whom renewed their Season Ticket for 2020/21, and we hope to see them back at London Stadium as soon as possible to give their fantastic backing to the team at such an exciting and promising time for the Club.

“There can be no denying the financial challenges that everyone in the game has faced as a result of the pandemic. However, our absolute priority has always been the wellbeing of everyone within the West Ham United family and those most in need in our local community, and we can all be very proud of how the Club has steered its way through the past 12 months.”

A full copy of the WH Holding Ltd financial results for 2019/20 can be found here.