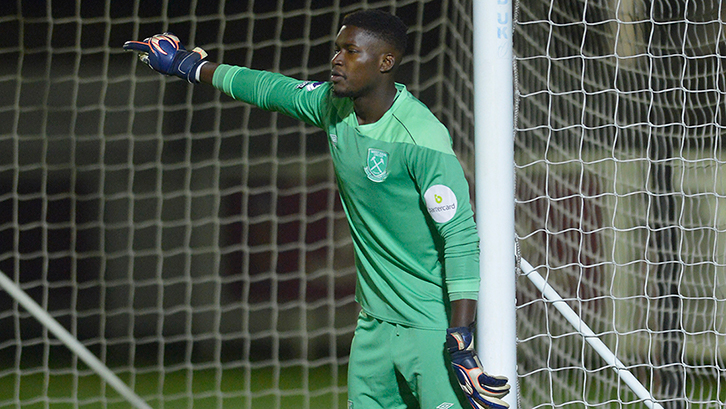 Joseph Anang has joined EFL League Two team Stevenage Football Club on loan until the end of the 2021/22 season.

The England U20 goalkeeper, who put pen-to-paper on a new long-term contract with West Ham United last season, will hope to gain valuable experience of senior football with Alex Revell’s side next year.

The Ghana-born 21-year-old joined the Hammers in 2017 and has thus far developed under the expert tutelage of first-team goalkeeper coach Xavi Valero, while working alongside the experienced Łukasz Fabiański, Darren Randolph and David Martin in training.

Anang has also been first choice for the Club’s development squad in the last two seasons, making 44 appearances in Premier League 2 on top of a further five in the EFL Trophy.

Everyone at West Ham United wishes Joseph the very best for his loan spell at the Lamex Stadium.