THREE West Ham United wonder-strikes up for Premier League Goal of the Season!

No fewer than THREE West Ham United wonder-strikes are on the list of nominations for the 2020/21 Budweiser Premier League Goal of the Season.

Manuel Lanzini, since-departed Sébastien Haller and Jesse Lingard are all in the running for the prestigious award after hitting the back of the net in spectacular style.

Supporters can now vote for one of their three Hammers heroes, with votes being combined with those of an expert panel to pick an overall winner.

Argentina midfielder Lanzini has been nominated for his last-minute equaliser at Tottenham Hotspur on 18 October.

The No10 marked his first Premier League appearance of the 2020/21 season by coming off the substitutes’ bench with 13 minutes remaining and playing his part in the Irons’ historic comeback.

The Hammers were 3-0 down with less than ten minutes remaining, but a Fabián Balbuena header and Davinson Sánchez’s own-goal gave David Moyes’ side hope, and Lanzini completed an amazing turnaround by scoring with seconds of added time remaining.

The 28-year-old fired an unstoppable 25-yard first-time shot in via the underside of the crossbar to secure an unlikely point and spark wild celebrations at Tottenham Hotspur Stadium.

The Irons' second nomination comes from Ivory Coast international Haller, who has since departed for Dutch side Ajax, signed-off his West Ham career with a stunning overhead kick in the 1-1 Premier League draw with Crystal Palace at London Stadium on 16 December. 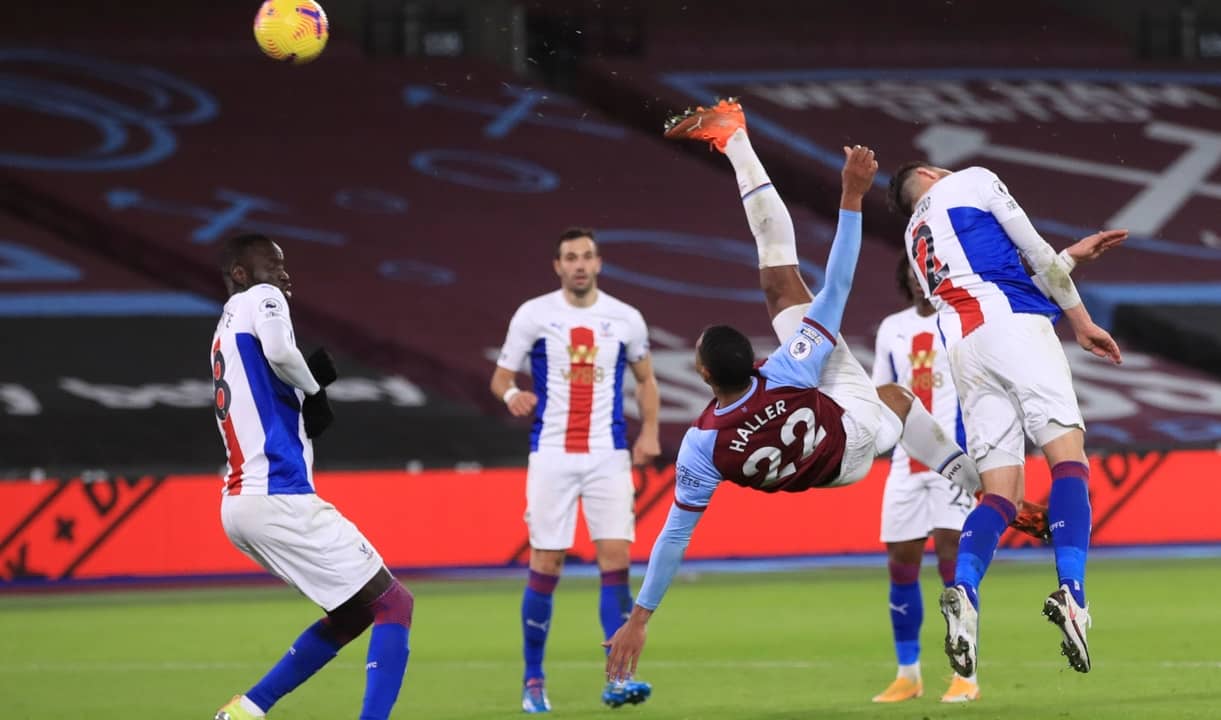 And the third comes courtesy of England international Lingard, who opened the scoring in a memorable 3-2 win at Wolverhampton Wanderers on 5 April with a wonderful individual effort.

The No11 collected the ball from Vladimír Coufal well inside his own half before running at the Wolves defence, taking advantage of a clever decoy run from Michail Antonio, before confidently and accurately finishing past Rui Patricio with his left foot.

To vote for Lanzini, Haller or Lingard now, click here!