Forward Thierry Nevers was delighted to score his maiden goals in a Claret and Blue shirt as West Ham United U23s impressed in their 5-1 win over Southend United.

A pair of brilliantly taken headers either side of half-time – first to equalise and then to stretch West Ham’s lead to 3-1 – were the 19-year-old’s opening goals for the Club, albeit non-competitively, having joined from Reading in the summer.

The former arrived when Amadou Diallo’s long-distance drive was juggled into the air by Southend ‘keeper Harry Seaden, and the latter when Harrison Ashby delivered an inch-perfect ball for Nevers to convert.

And the teenager played a huge part in the Hammers' final goal in the closing stages. Appearing, to supporters and Roots Hall stadium announcer alike, to have netted a hat-trick goal, a later review of the match footage revealed the final outcome was a Seaden own-goal.

Regardless of whether he recorded a two- or three-goal haul in Essex, Nevers could take pride in a superb display in the development squad’s No9 shirt – his first primary deployment in a central striker position, after his previous starts came out wide.

“That felt good!” Nevers told West Ham TV. “They were quite unique [goals for me], being headers – I don’t score a lot of headers, so my Uncle will be happy I got a couple of them to be honest!

“It was beautiful. It was a good game today, great for all the fans, and it had a good noise and good atmosphere.

“I just attacked the space. The first one I followed the ball in and headed it down, and the second one was just about making contact – but you’ve got to be in the right position at the right time, so it was nice to score.

“I was thankful to my teammates for the shot that led to the first one and the cross for the second.”

Most often a wide player during nine years at Reading’s academy, Nevers showed a striker’s instinct throughout at Roots Hall, wearing the No9 shirt.

I didn’t know that so many of them [the fans] were going to come, but we’re thankful for them making the journey. They can take away 50 per cent of that win

The teenager impressed with his high work rate, incisive running and smart finishing – a versatile skillset which immediately endeared him to the vocal travelling West Ham support on Friday night.

Nevers explained: “It’s all about variation in where you can play. You’ve got to be able to fill in wide left, wide right, up front… anywhere, to be honest.

“You’ve got to just do the job and I feel like I can do that, and did that today with the help of my teammates, my coaches and the way we played.”

As for the supporters, Nevers has enjoyed playing in front of a strong representation of the Claret and Blue Army in the U23s’ last two friendlies – away at Ebbsfleet United and Southend – as well as enjoying his first complete month as a West Ham player as a whole.

“It was good [in front of the fans], it was good!” he smiled. “I didn’t know that they were going to sing [that loudly]!

“I didn’t even know that so many of them were going to come, but we’re thankful for them making the journey. They can take away 50 per cent of that win.

“It’s something different [life at West Ham], I’ll say that! It’s really challenging, but good. It’s better to do more than to do less. It’s a good Club together with really good players, as we saw today.”

“This one was obviously good to celebrate first, but now we look forward to the next one.” 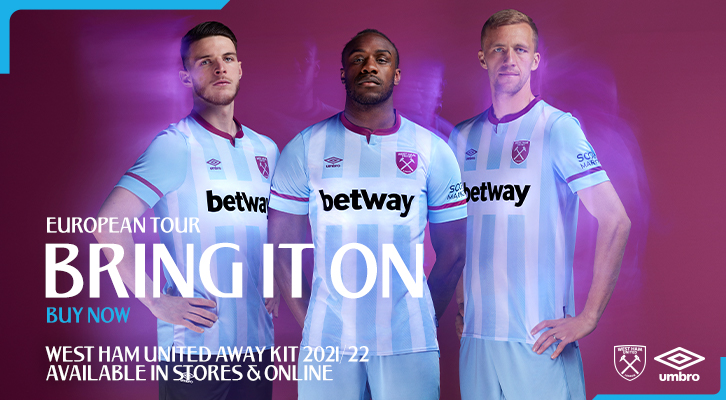