The Hammers will kick-off the new campaign with a trip to Brighton & Hove Albion in the first week of September, before Aston Villa are scheduled to be the first visitors to the Dagenham & Redbridge Stadium a week later.

Olli Harder’s side then round off September with a home game against newly promoted Leicester City.

October begins with a long trip North to face last year’s WSL runners-up Manchester City, whilst Birmingham City are the visitors to Victoria Road for the second home match of the season.

A busy November starts with a journey across the capital to play Arsenal, followed by two games in front of the Claret and Blue faithful against Reading and Tottenham Hotspur.

The Hammers' December is spent entirely on the road, with Harder's Irons first heading to Everton before concluding the calendar year with a trip to defending champions Chelsea.

West Ham return after the festive period by welcoming Manchester United to east London. A week later, they face a trip to Tottenham before January is rounded off with a home fixture against Everton.

The Hammers tackle two away games in the Midlands as the season rolls into February. First up is Aston Villa, followed by a trip to Leicester just a week later.

March sees home fixtures against Chelsea and Brighton & Hove Albion sandwiched either side of a visit to Birmingham City as the season heads towards its latter stages.

Manchester City travel to Victoria Road for the penultimate home game of the season at the beginning of April, before the Hammers play host to Reading a week after Easter.

The 2021/22 campaign then draws to a close in May with an away fixture against Manchester United, ahead of the final game of the season at home against Arsenal.

Supporters should note that all fixture times and dates are subject to change.

The early acquisitions of Australian international midfielder Tameka Yallop, American defender Zaneta Wyne, English forward Claudia Walker; Grace Fisk and Lois Joel securing their futures at the Club with new contracts; and former West Ham full-back Paul Konchesky being confirmed as the new assistant manager of the team all give plenty of reasons to be excited for the upcoming season. 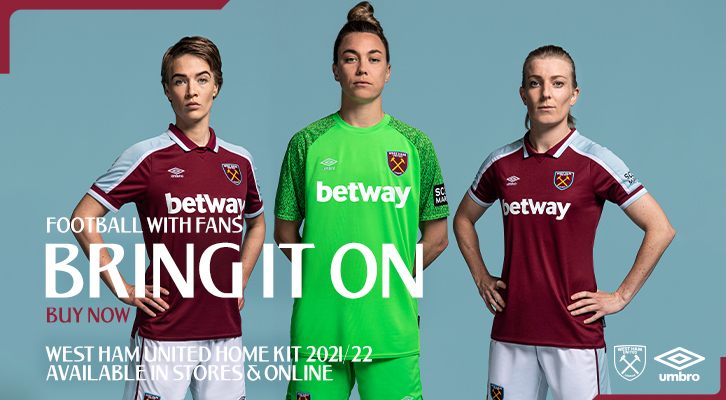