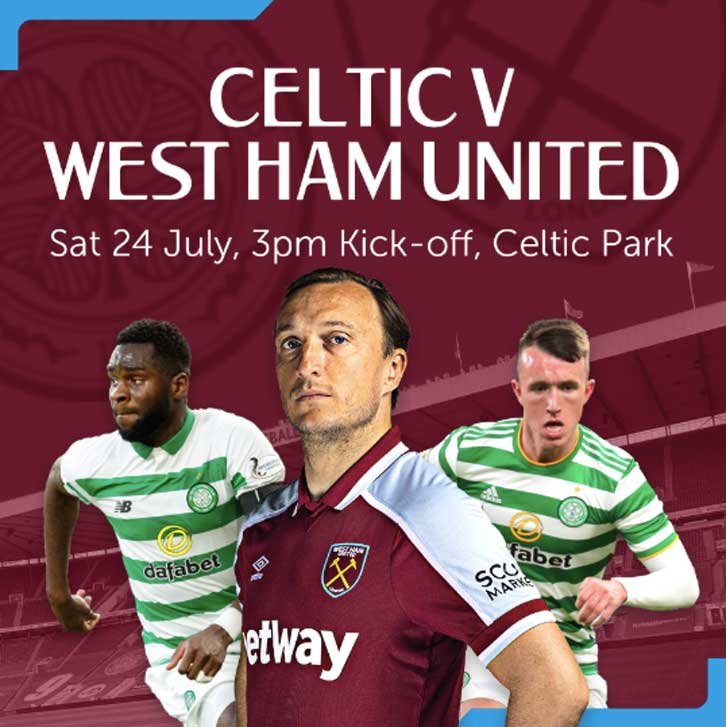 With away supporters not permitted at the game due to COVID restrictions still in place in Scotland, the Club has made the game available to Season Ticket Holders and Club London Members as a special thank you for your continued loyal support of the team.

Head to whufc.com/watchlive to register in advance of the game – you’ll need to create an account with a username and password of your choice.

Season Ticket Holders and Club London Members have been emailed with an access code to give you free access and further joining instructions, so please keep an eye on your inbox. If you haven’t received an email please contact Supporter Services at [email protected].

The game is being broadcast in the UK by subscription channel Premier Sports, and non-Season Ticket holders can click here for details of how to subscribe.

The game is not being broadcast free to air, meaning an open live stream cannot be provided on this occasion, but the Club has purchased codes for its Season Ticket Holders and Club London Members so they can watch proceedings live from Parkhead.

The Hammers head to Glasgow for a prestige pre-season game against the club where manager David Moyes came through the ranks as a youngster.

Following Wednesday night’s 3-0 victory over Reading, the Irons will be ramping up their preparations ahead of an exciting 2021/22 season by taking on the Bhoys for the first time in over 20 years.

Don’t miss the 3pm kick-off – head to whufc.com/watchlive so you don’t miss a kick.