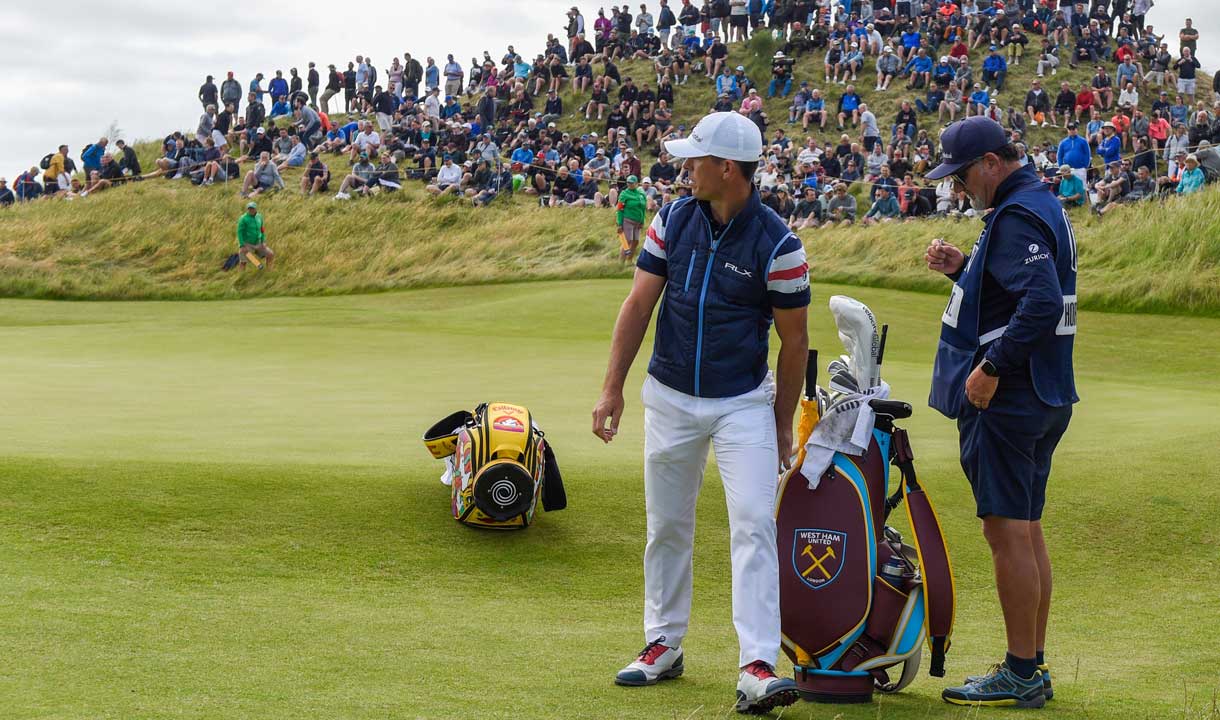 West Ham United-supporting golfer Billy Horschel has progressed to the weekend at The Open Championship after carding a one under par round of 69 on Friday.

The 34-year-old American, aiming to rise up the leaderboard at the sport's oldest major, backed up his first round 70 to make the cut and take his challenge into the final two rounds at Kent's Royal St George's Club.

Hammer Horschel, who has struck up a friendship with Mark Noble in recent months and was joined by the skipper for his practice round earlier this week, is currently sitting in joint-40th place, ten shots behind leader Louis Oosthuizen.

The Floridian was given permission by the Club to have the Hammers’ crest embroidered onto his Claret and Blue golf bag, which also features the logo of his college team, the University of Florida Gators, so is flying the Hammers flag with pride going into the weekend.

We caught up with Horschel prior to Thursday's tee-off for an exclusive West Ham TV chat, which you can watch below.

Fellow Iron Francesco Molinari misses out on the weekend, however, after his second-round 74 left him on two over, just one short of the cut mark.

Everyone at the Club wishes Billy the very best of luck for the weekend.