Youth team return to action in defeat to Chelsea 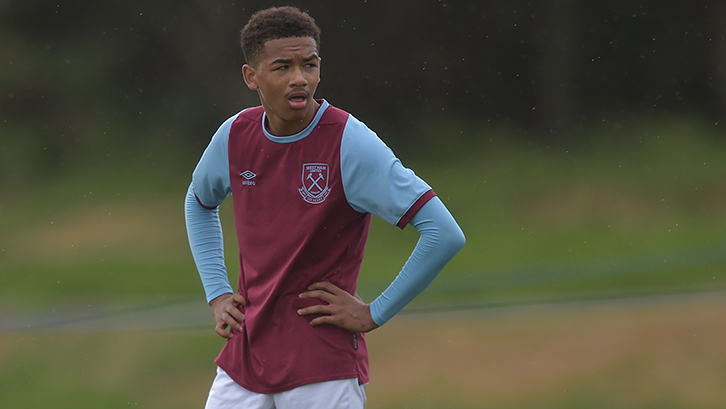 With the Academy of Football closing its facilities earlier than planned for the festive break as a precautionary measure, the youth team only resumed training earlier this month and, on Saturday, played their first game since 12 December.

They competed well but conceded to a set-piece midway through the first half, before three late goals adorned the score-line with an arguably undeserved gloss in the visitors’ favour.

West Ham’s U18s began the match brightly with plenty of intent, but were indebted to goalkeeper Krisztian Hegyi for two good stops from Chelsea’s Silko Thomas and Ronnie Stutter.

Chelsea then took the lead when Luke Badley-Morgan pounced inside the area after the Hammers had failed to clear their lines from a corner.

George Earthy had perhaps the Hammers’ best effort in the first half with a long-range drive – ultimately off-target – but could have gone in further behind were it not for the woodwork denying Stutter.

West Ham rallied in the second half and enjoyed the majority of possession without creating too many chances, and it was another corner-kick which doubled the visitors’ advantage on 72 minutes, Alfie Gilchrist powering home a near-post header.

Chelsea then struck twice late on to give the score-line a harsher glint, Charlie Webster and Leo Castledine both converting crosses from the right from close range.

The biggest thing I said afterwards was I thought their effort, energy and some of our play was really, really good. It certainly wasn’t a 4-0 game

“I felt like 4-0 was a little bit harsh on us,” U18s lead coach Keen admitted. “When they went 2-0 up, that was probably when the game spread open.

“I thought our lads did well. We had a very young team out and they competed really well and gave it their best.

“The biggest thing I said afterwards was I thought their effort, energy and some of our play was really, really good. It certainly wasn’t a 4-0 game, but the disappointment for me was losing the first two goals to corners, which normally we’re not bad on. You can’t lose set-piece goals to good teams – that was the big learning lesson from today.

“It wasn’t for lack of effort or enthusiasm, we just came up a little bit short today. I told them to keep their heads up. They’ll learn from it and against Fulham next week they’ll have another right go.

“On the positive side, it was fantastic to get back and be playing again, especially with everything that’s going on in the world at the moment.”

“West Ham has always had this reputation that if you’re good enough, you get the chance to move up through the teams,” Keen observed.

“I think today proves that point. When you see a first-year scholar coming on the pitch at London Stadium to play for the first team, if you talk about academies doing things right, we’re certainly doing things right by getting our players through and helping the manager.

“Giving people debuts at 17-years-old… I don’t see too many teams in the country doing that, but West Ham have a good reputation, and that’s why a lot of good players want to come and play for us.”