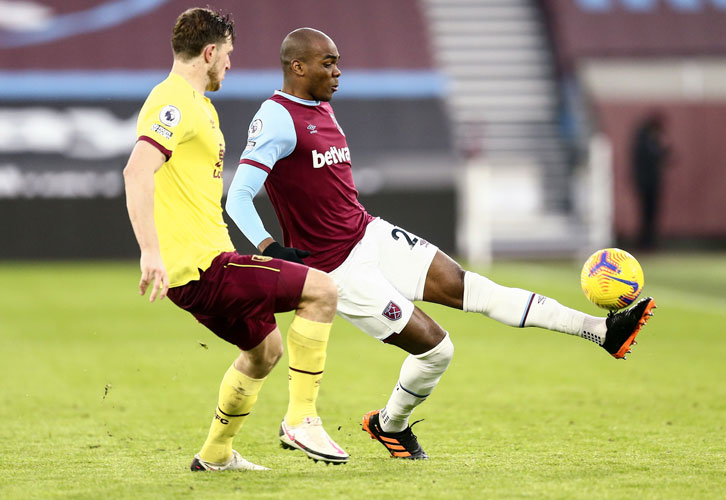 By holding off Burnley on Saturday, West Ham United made it four clean sheets in a row in all competitions for the first time since September 2019.

The Hammers have now not conceded a goal in 380 minutes of football – not including added time – dating back to Lewis Dunk’s strike for Brighton & Hove Albion at London Stadium on 27 December.

Sixteen months ago, the Irons kept their goal intact for 488 minutes between conceding to Andre Gray after 17 minutes at Watford and Elliott Moore after 55 at Oxford United, keeping clean sheets against Newport County, Norwich City, Aston Villa and Manchester United.

So, the Hammers still have some way to go to beating that number, but another shutout against West Bromwich Albion on Tuesday night would take them within 38 minutes of it.

West Ham last kept five clean sheets in a row in late 1985, all of them in the old First Division, when John Lyall’s side went 559 minutes without conceding between Worrell Sterling’s strike for Watford on 16 November and Steve Perryman’s at Tottenham Hotspur on Boxing Day.

And the Irons kept six consecutive clean sheets in late summer 1980, when Lyall’s team blanked four Second Division opponents and Burnley twice in the League Cup second round on their way to going 679 minutes without conceding.

Michail Antonio celebrated his well-taken goal against Burnley on Saturday by doing a backstroke along the London Stadium turf.

And, when you consider the forward has now scored 40 Premier League goals for West Ham United, including 12 in his last 19 top-flight appearances, you cannot blame him for getting excited. 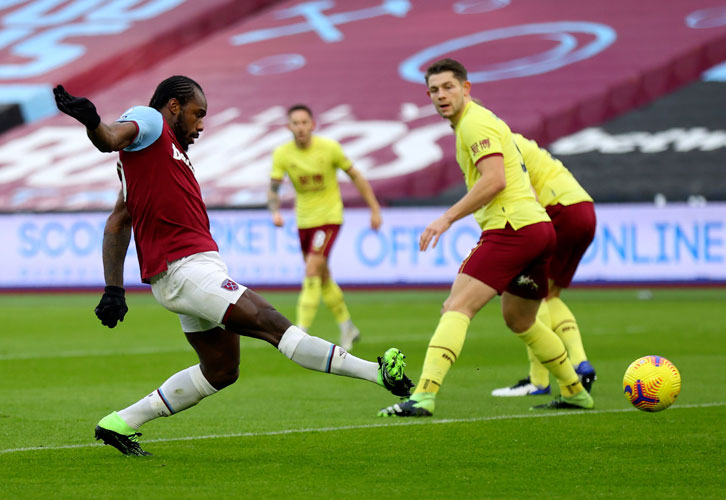 Antonio is now just one behind Carlton Cole in third in the Hammers’ all-time Premier League goalscoring charts, six behind Mark Noble in second, and seven adrift of Paolo Di Canio’s record of 47.

And should the 30-year-old keep scoring at his recent prolific rate, we could see him take top spot before the current season is over.

And if he does so, don’t rule out Antonio completing the individual medley along the London Stadium touchline!

There is a long way to go this Premier League season, 20 games to be exact, but West Ham United are on pace to challenge their record points total in the competition.

The Hammers have collected 29 points from their opening 18 games at an average of 1.61 points per game, which extrapolates to 61 points over a 38-game season – one short of the 62 achieved under Slaven Bilic in 2015/16.

After 18 games in 2015/16, the Irons had amassed 26 points, but they then won their next three matches to make it 35 from 21 and lost just four of their last 25 overall on their way to a seventh-place finish.

Four games into his West Ham United career Craig Dawson had achieved a feat that none of the best defenders in the Club’s 125-year history could pull off. 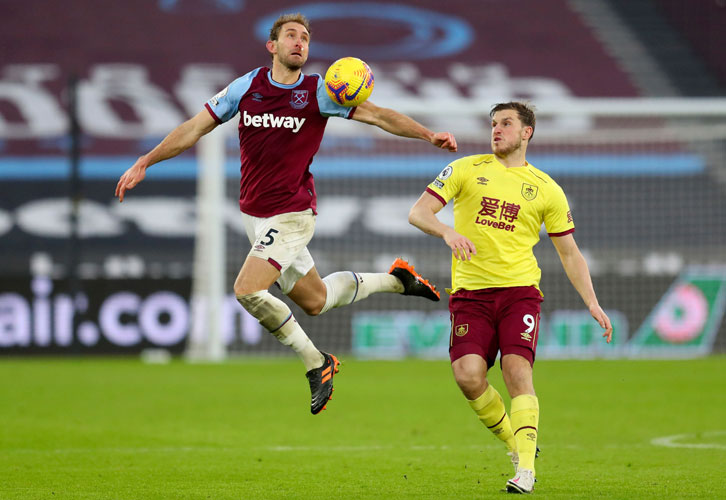 Indeed, the 30-year-old became the first West Ham player since Italy international midfielder Antonio Nocerino in early 2014 to make it four shutouts to kick-off his career in Claret and Blue when he helped the Irons beat Burnley 1-0 in the Premier League on Saturday.

For the record, Nocerino helped the Hammers shut out Chelsea, Swansea City, Aston Villa and Norwich City, but the AC Milan loanee only appeared as a substitute in all four matches, whereas Dawson has started and finished all four.