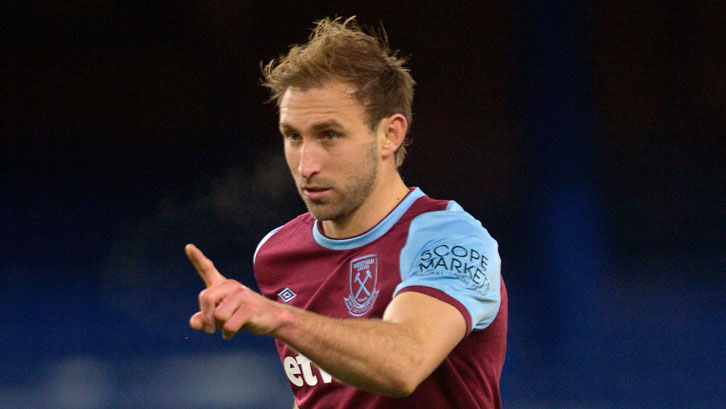 Craig Dawson is determined not to let Stockport County ruin his day for a second time when West Ham United visit Edgeley Park.

It was 26 May 2008 when Dawson made the long journey south to Wembley Stadium to cheer on his boyhood club Rochdale in their League Two Play-Off final with their Greater Manchester rivals.

And so, 12-and-a-half years on, the defender has more incentive than most to help the Hammers defeat the Hatters and banish those painful memories on Monday evening.

It’s going to be a really, really tough game up there and we know we’ll have to be at our best to go through, we know that

“I just missed playing against Stockport for Rochdale, as they were relegated from League One the same season we were promoted from League Two in my first season, 2009/10, but they beat Rochdale in the League Two Play-Off final the year before I signed and I went to that game at Wembley!” he recalled, through gritted teeth.

“I was a Rochdale fan as a boy, as they were my local club, and I must admit it wasn’t a great day!

“One of my friends was the groundsman at Spotland and I had been on the groundstaff for the Play-Off semi-final, when we won the second leg 2-1 and beat Darlington on penalties, so we travelled to Wembley hoping for the best, but it sadly didn’t happen.”

Dawson went on to sign for Rochdale in January 2009, before sending the rest of the season on loan at Radcliffe Borough. He then joined the Dale full-time and helped his local club win promotion from League Two in his first season as a professional.

A year later, in August 2011, he joined Premier League West Bromwich Albion, became an England U21 international the following month, and is now closing in on 200 top-flight appearances.

But while those achievements are admirable in their own right, Dawson has never gone further than the sixth round of the FA Cup, having done so with West Brom in 2014/15, defeating West Ham along the way.

Now 30, the centre-back would love to earn the first winner’s medal of his career with the Hammers.

“Of course, I’d love to win a trophy. It’s every player’s dream to do that in their career and I’ve not done that yet.

“It’s going to be a really, really tough game up there and we know we’ll have to be at our best to go through, we know that, but we’ve spent the whole week preparing hard and we believe we’ll do that.”

Monday’s tie will be broadcast live in the UK by BT Sport 1 and BT Sport Ultimate, with kick-off at 8pm.