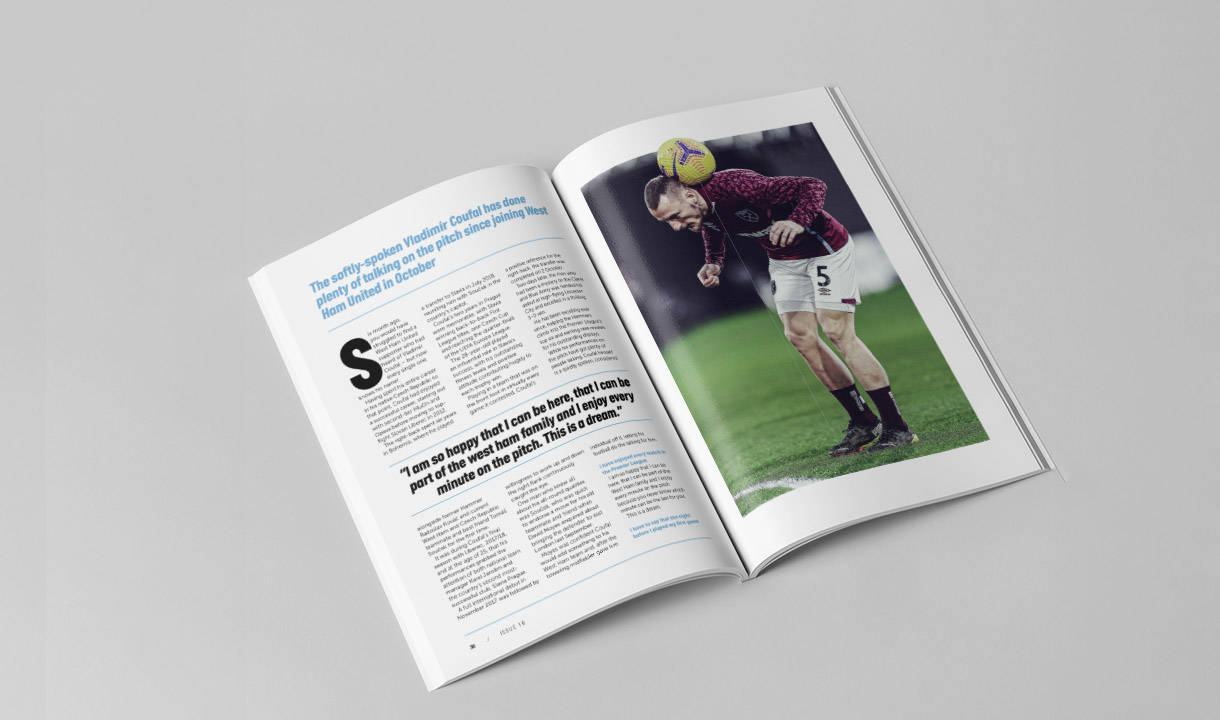 The Irons host the Blades seeking to bounce back from their midweek FA Cup exit at Manchester United and make a move back towards the Premier League's top four.

With Monday's 6pm kick-off being played without supporters present due to the COVID-19 pandemic, but being screened live by BT Sport in the UK, to help fans everywhere enjoy the matchday experience we have made a digital edition of the Official Programme available here for FREE!

Inside, Vladimír Coufal discusses his fine first season in Claret and Blue in Monday's Official Programme for the Premier League visit of Sheffield United.

The Czech defender shares the story of his move from Slavia Prague to the Hammers, his friendship with Tomáš Souček and more.

The Evening Standard's Ken Dyer reflects on the Hammers' recent form, columnist Mark Webster heads down the Added Time Tunnel, Irons legend Tony Cottee pens his regular column, Sid Lambert goes Back to the '90s to pay tribute to Hutchison, and we continue to look back through the Club's 125th history.