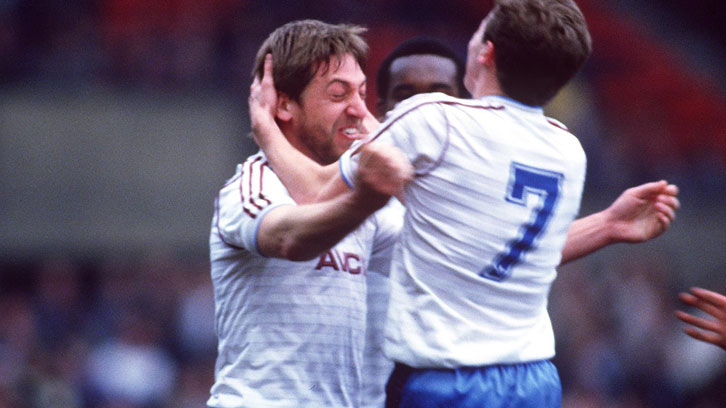 A quiz question for you…

What did Danny Shea and Thomas Caldwell do in February 1911, Ronnie Boyce and Geoff Hurst do in March 1964, Geoff Pike and Ray Stewart do in March 1986, and Paolo Di Canio do in January 2001?

The answer is they are the only seven players to have scored for West Ham United in FA Cup wins over Tuesday’s fifth-round opponents Manchester United.

Perhaps the least likely of the seven – maybe bar Boyce – was diminutive midfielder Pike, who headed in the Irons’ second in a 2-0 fifth-round replay victory at Old Trafford in March 1986.

Thirty-five years on, Pike’s present-day counterparts in Claret and Blue return to Stretford seeking to repeat the Clapton-born Hammer’s heroics and secure a place in the sixth round,

Recalling his sensational Sunday, the 64-year-old still looks back fondly on one of his favourite moments in 368 appearances for West Ham.

“I scored 41 goals for the Club and one of came in March 1986, when we went to Manchester United for an FA Cup fifth-round replay having drawn 1-1 at Upton Park,” he explained. “United thought they’d already done the hard bit but we’d other ideas and, on 18 minutes, Mark Ward curled an out-swinging corner to the edge of the area, where I sent a looping 18-yard header over their five-feet, seven-inch ‘keeper Chris Turner and four-feet, nine-inch left-back, Arthur Albiston, on the line!

“Following our 2-0 victory Mark Ward and myself concocted a story that we’d been practising that move in training all week. Fans still want to talk about that header, while I always love reminiscing about our playing days with former team-mates, too.” 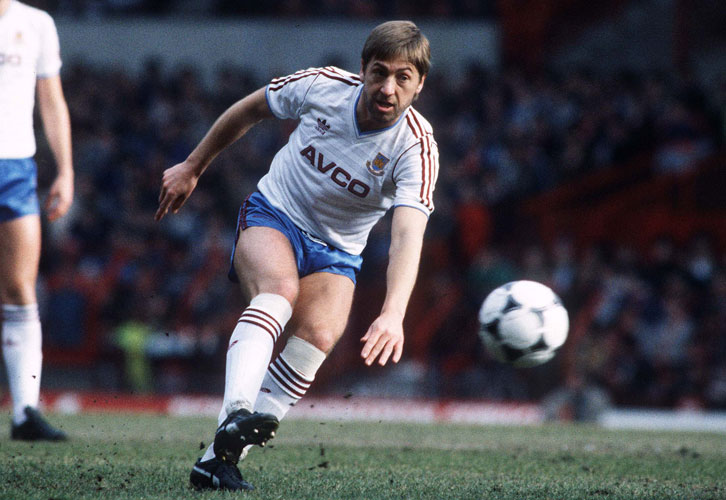 Pike, who had been part of the West Ham team which beat Arsenal to win the FA Cup in 1980, and his teammates were sadly beaten 2-1 at Sheffield Wednesday in the sixth round, and went on to finish third in the First Division, narrowly missing out on a maiden League title.

Despite those near-misses, the east Londoner is proud of the Hammers’ achievements during that unforgettable 1985/86 season, and of his own Claret and Blue career.

“We enjoy each other’s company and, whenever we meet as a group, it’s like we’ve never left the dressing room,” he smiled.

“Alongside Phil Parkes, Alvin Martin, Ray Stewart and Alan Devonshire, I’m only one of five combined FA Cup winners and Boys of ’86 and I’m so thankful that John Lyall gave me the opportunity to play for West Ham United.”