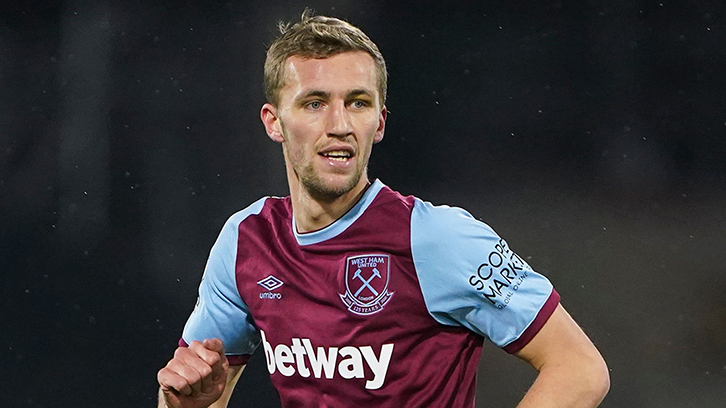 West Ham United can confirm that Tomáš Souček’s red card in Saturday’s Premier League fixture against Fulham has been overturned on appeal.

The midfielder will now be eligible for manager David Moyes’ matchday squad for the FA Cup fifth-round tie against Manchester United on Tuesday evening.

On Saturday, Souček was sent-off in added time at the end of the second half after coming into contact with Fulham forward Aleksandar Mitrović.

Referee Mike Dean was asked to look at the incident on the pitchside monitor by VAR official Lee Mason and decreed that the No28’s actions constituted violent conduct.

On Sunday, West Ham United confirmed that they had submitted notice to The Football Association to appeal the red card.

The appeal against Souček’s red card was reviewed by an independent regulatory commission this morning at the Football Association and, following this process, the midfielder’s suspension has been rescinded and lifted with immediate effect.