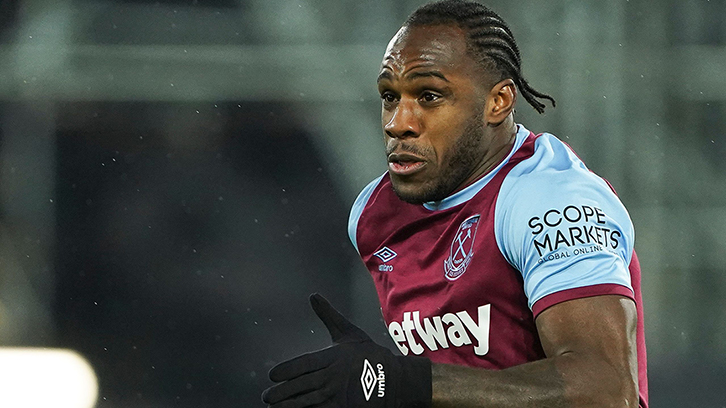 The Hammers’ boss has set his sights on progressing the Club to the prestigious competition’s quarter-finals for the first time since 2015/16.

In order to do so, West Ham will need to overcome in-form opposition at Old Trafford, but Moyes’ desire to see his side compete on all fronts has been reflected in his team selections against lower league opposition in the third and fourth rounds thus far.

One player facing a late fitness test is forward Michail Antonio, who departed Saturday evening’s game against Fulham with 15 minutes remaining due to a suspicion of fatigue.

"He's still fatigued so it'll be a close call whether he makes it or not,” Moyes told his pre-match press conference.

“I’ll see how he is today. We'll need to assess him tomorrow to see if he's able to play or not.

“We may have one or two changes through injury or suspension, whatever it may be, but we plan to go there with a really strong team and if we can get through to the next round of the FA Cup.”

Moyes also admitted that, as of 10am on Monday morning, he has been unable to map out his team plans fully, given the pending implications of midfielder Tomáš Souček’s red card against Fulham on Saturday.

“I can’t [plan for him to be involved],” Moyes confirmed.

“We’re waiting on the FA to decide what the situation is, so it makes it a little bit difficult because we can’t plan greatly at this moment in time.

“I’m hoping that we get an early response. I would hope that things would be seen in the correct fashion.”