Mipo Odubeko: It’s such a great feeling to be back out there 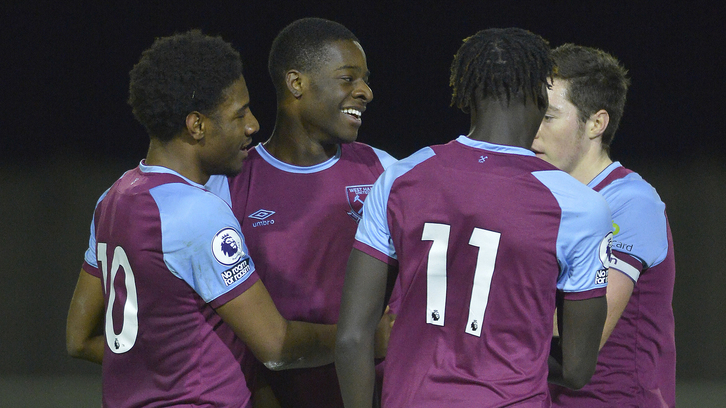 West Ham United U23s will be looking to make it back-to-back league wins for the first time this season when they travel to the Amex Performance Football Centre to take on Brighton & Hove Albion U23s on Friday night.

The Hammers put on an assured display last time out against Southampton U23s, running out 3-1 winners for their first Premier League 2 victory of the calendar year.

Buoyed by the return of Ajibola Alese (who has since departed on loan to Cambridge), Conor Coventry and Mipo Odubeko from injury, Dmitri Halajko’s side were good value for the three points.

The development squad must now target a run of positive results in order to kickstart their season proper and move up the league table.

Having Odubeko available once more could be key; the 18-year-old has scored four times in just two appearances for the development squad this season, and the forward will be looking to add to his tally once again in East Sussex.

“We’re under no illusions - we know our position in the table,” Odubeko told whufc.com.

“When we go to Brighton on Friday, we know how vital the three points could become by the end of the season.

"We just want to keep this momentum and keep picking up as many points as we can, whether that’s on the road or at home.”

It was the first time I’ve played in a long time and it’s just really nice to stretch the legs. I cramped up a bit but it’s such a good feeling to be back out there for the first time properly in four months.

The young striker found the net twice against the Saints, but Odubeko insisted the young Hammers can perform much better than they did that day.

“I think it was a good game last weekend against Southampton. I don’t think we were at our best, but the most important thing was the result.

“Obviously, on more than a few occasions this season, the lads have played well and not got the result, so it was all about the three points to be fair.”

Odubeko also expressed his delight at getting through 83 minutes of action at Rush Green, in his first competitive start since September.

“It was the first time I’ve played in a long time and it’s just really nice to stretch the legs. I cramped up a bit towards the end, but it’s such a good feeling to be back out there for the first time properly in four months.” 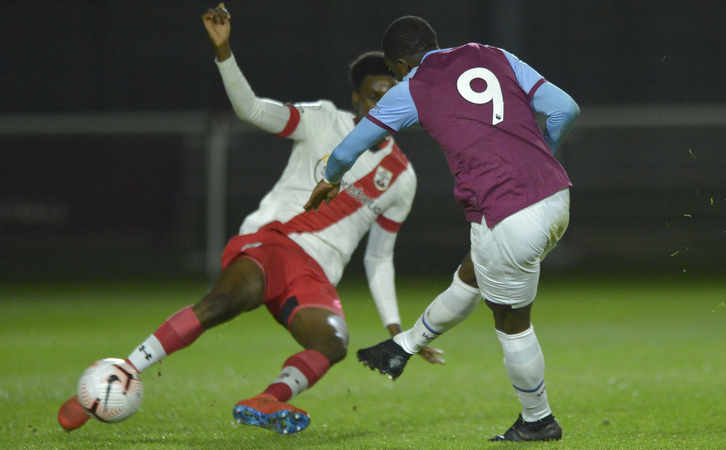 After moving from Manchester United in autumn 2019, Odubeko has played his way into first-team manager David Moyes’ matchday squads.

The youngster trains with the senior side on a regular basis and has appeared amongst the substitutes on multiple occasions in the last few weeks.

The FA Cup third-round trip to Stockport County saw Odubeko rewarded with a fleeting West Ham United debut, but the late introduction didn’t stop it from being a moment for the 18-year-old to savour.

I really want to play more games with the first team; I’ve only played one game but I’m really going to work hard and push on to try and make my Premier League debut

“To get on the pitch up at Stockport was so good. It was a different experience obviously.

"The pitch wasn’t great, but the lads got the result and now we’re into the fifth round off the back of that.

"I really want to play more games with the first team, I’ve only played one game but I’m really going to work hard and push on to try and make my Premier League debut. I want to get more minutes and try and help West Ham in any way that I can, whether that’s with the U23s or the first team.”

Whilst the footballing education provided at the Academy of Football is second-to-none, there is nothing that can prepare a player more than being around senior footballers day-in, day-out.

“It’s good to speak to experienced professionals on a daily basis, I speak to them every day, train with them every day. They’ve put a hand on my shoulder, kept me humble and talk me through each day as it comes.”

West Ham United U23s travel to Brighton & Hove Albion U23s on Friday in their latest Premier League 2 Division 1 match, played behind-closed-doors. Kick-off is at 7pm, with a live blog on whufc.com at 6.30pm.