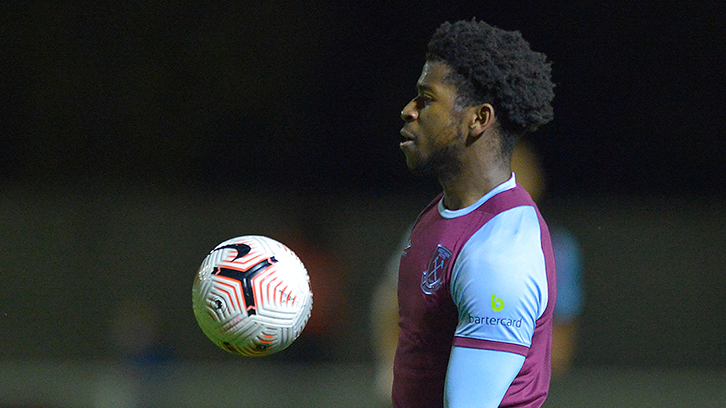 Promising defender Aji Alese has joined League Two club Cambridge United on loan until the end of the 2020/21 season.

England youth international Alese will link up with a side who, under manager Mark Bonner, currently enjoy a two-point advantage over Forest Green Rovers at the top of the table.

The 20-year-old defender – comfortable at centre-back and left-back – enjoyed an impressive loan spell at League One team Accrington Stanley last season, for whom he made 15 appearances in all competitions.

Having returned from injury this season, the Academy of Football defender is set to once again test himself against senior Football League opposition with the League Two leaders.

Everybody at West Ham United would like to wish Aji all the best for his loan spell at Cambridge.