West Ham United are delighted to announce the arrival of Lisa Evans on loan from Arsenal.

The 29-year-old makes the move across the capital from the Gunners on loan until the end of the 2021/22 season.

A versatile player who is capable of playing at wing-back and in midfield, Evans has played at Meadow Park for the previous four seasons, making 62 appearances and winning the Barclays FA Women's Super League title in 2018/19.

The Scottish player also has 83 international appearances for her home country, scoring 17 goals in that time.

Upon signing, Evans told West Ham TV of her excitement at the prospect of linking up with the Hammers and being part of their fresh campaign under manager Olli Harder.

"The move came about pretty quickly and when I saw the facilities and met the staff and some of the girls here at the Club, it was an opportunity that was too good to turn down. I’m really excited for the season ahead.

“It’s a really close-knit group here and everyone has been so lovely in welcoming me to the Club, so I’m really looking forward to what we can achieve going forward."

Harder is also delighted to add Evans to his squad ahead of the upcoming season, saying:  “We feel as though Lisa is somebody who adds a lot of value from an attacking aspect with her directness and her pace going forward.

"She’s another player that I believe will represent the Club well whilst she is with us, and she fits into our values as a Football Club.

“She has the personality and drive that we’re looking for here, and we hope that she will be able to help us move forward this season.”

Born in Perth, Scotland in May 1992, Evans began her life in football with her local side, St Johnstone Girls, before making her move into the professional game with Glasgow City.

Originally with their reserve team, Evans helped her side win the Second Division with a 100 per cent winning record, before going on to make her first-team debut in 2009.

She left Scotland in 2012 to join FFC Turbine Potsdam in Germany, signing her first professional contract and featuring 49 times, including appearances in the Champions League.

In April 2015, Evans announced that she had signed a three-year contract with Turbine's Frauen-Bundesliga rivals FC Bayern Munich. During her time in Munich, she won the Frauen-Bundesliga title and reached the latter stages of the Champions League, making 32 regular season appearances across two seasons.

She would then make the move to England, joining Arsenal in June 2017. Evans played in a variety of positions for Joe Montemurro’s side and helped them to clinch the WSL title in her second season at the club. Whilst with the Gunners, Evans also helped the club to clinch the FA Women’s League Cup.

In total, Evans has made 79 appearances for Arsenal during her four seasons at the club, scoring nine goals in all competitions.

Everyone at West Ham United would like to welcome Lisa to the Club and wish her well for her loan spell here in East London. 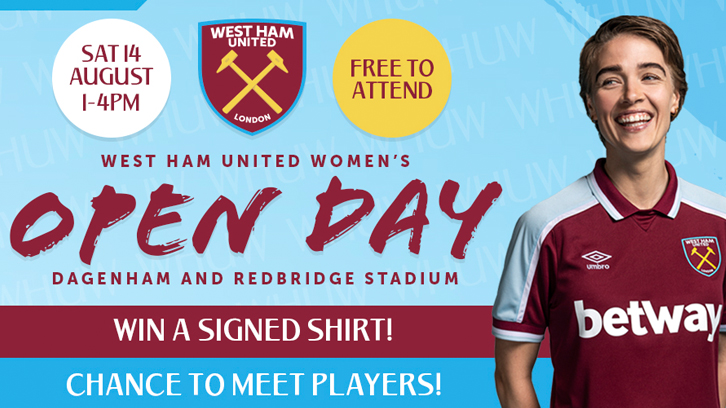