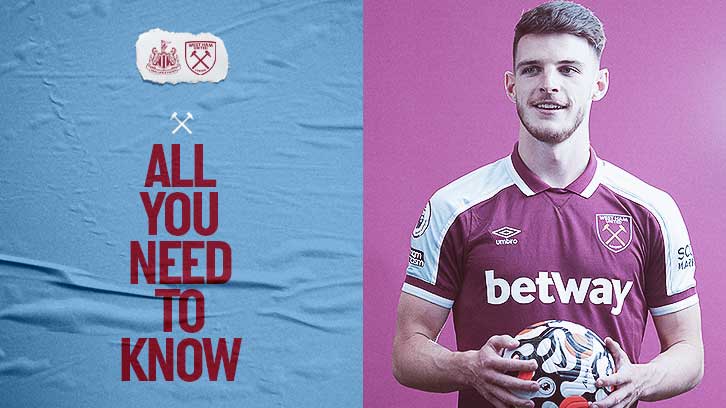 The Hammers make their longest domestic trip of the season on the opening weekend, travelling 283 miles north to St James' Park to face Newcastle United on Sunday afternoon.

With COVID restrictions lifted – but Premier League protocols remaining in place – a capacity crowd is expected this weekend, making for the largest crowd the Irons have played in front of since Arsenal away on 7 March 2020.

With 50,000-plus set to be in attendance, David Moyes' squad will need to rise to the occasion on Tyneside, where they were edged out 3-2 on their most recent visit in April.

Kick-off on Sunday is at 2pm, with the match being broadcast live in the UK by Sky Sports from 1pm and across the world by the Premier League's international broadcast partners.

We will also be covering the game live with a blog on whufc.com and our Official App and across our social media channels, with goals, highlights and exclusive reaction to follow after the final whistle.

West Ham United's allocation of 3,000 tickets for this fixture have now sold out.

Official Coach Travel will also run to and from St James' Park, departing London Stadium at 5.30am on Sunday. For further details, click here.

Newcastle United have produced a matchday guide, including key information on travel to the ground, Premier League protocols and more. Click here to read it in full.

West Ham United could hand a debut to goalkeeper Alphonse Areola after the France international completed a season-long loan from Paris Saint-Germain.

David Moyes will also hope Angelo Ogbonna (hamstring) and Arthur Masuaku (knee) are ready to return to first-team duty, while Winston Reid is still working his way back to fitness after suffering an injury on Olympic duty with New Zealand.

Newcastle United manager Steve Bruce has been quiet in the transfer market this summer, signing only youngsters Cameron Ferguson (from Tranmere Rovers), Remi Savage (from Liverpool) and Charlie Wiggett (from Chelsea) at time of writing.

However, the Magpies were reported to be seeking a deal for Arsenal forward Joe Willock, who scored Newcastle's winner against West Ham in April while on loan from the Gunners.

As confirmed in a joint statement by English football's governing bodies earlier this month, Premier League clubs will continue to take the knee before kick-off to protest against racism and discrimination. 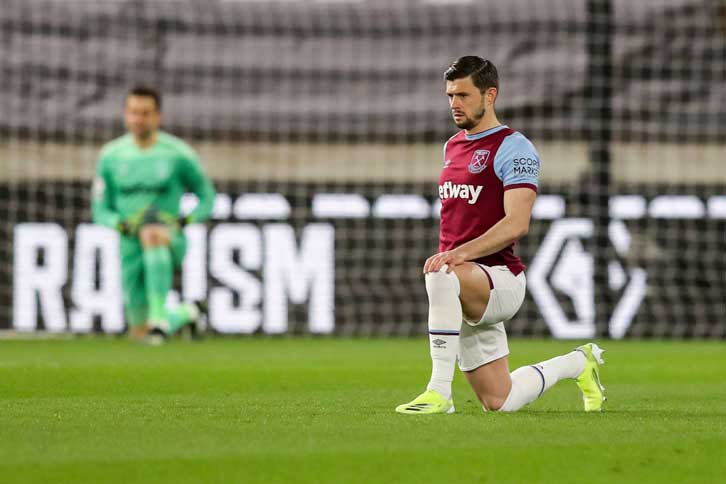 You might not have realised it at the time, but Newcastle United actually finished last season in a more than respectable 12th place.

The Magpies won five of their final eight Premier League matches to comfortably quell fears of relegation and ended the campaign with 45 points - a whopping 17 more than Fulham in 18th.

Steve Bruce may continue to split opinion among the passionate Toon Army, but there can be no doubt that the experienced manager has stabilised Newcastle as a Premier League club, without breaking the bank to do so.

Despite losing influential players such as England forward Callum Wilson and French winger Allan Saint-Maximin to injury last term, Bruce steered Newcastle through choppy waters to the relative calm of mid-table come May.

Wilson, who simply loves playing against West Ham, and Saint-Maximin are both proven Premier League performers who can hurt any defence, while the potential signing of the exciting Willock will provide Newcastle with even more attacking threat.

Off the pitch, things remain uncertain at St James' Park, with long-time owner Mike Ashley's attempts to sell the club to Middle Eastern investors held up by legal proceedings involving the Premier League.

West Ham United were beaten home and away by Newcastle United last season - one of only four clubs to do the 'double' over David Moyes' side, the others being Chelsea, Liverpool and Manchester United.

The Hammers and Magpies also met on the opening weekend of 2020/21, when second-half goals from Callum Wilson and Jeff Hendrick sent the Irons to a disappointing 2-0 defeat at London Stadium last September.

Moyes' men then travelled to the North East in April, where Craig Dawson's red card was sandwiched by quickfire goals from Issa Diop (in his own net) and Joelinton. Diop and Jesse Lingard clawed West Ham level, only for a late Joe Willock header to break Hammers hearts. 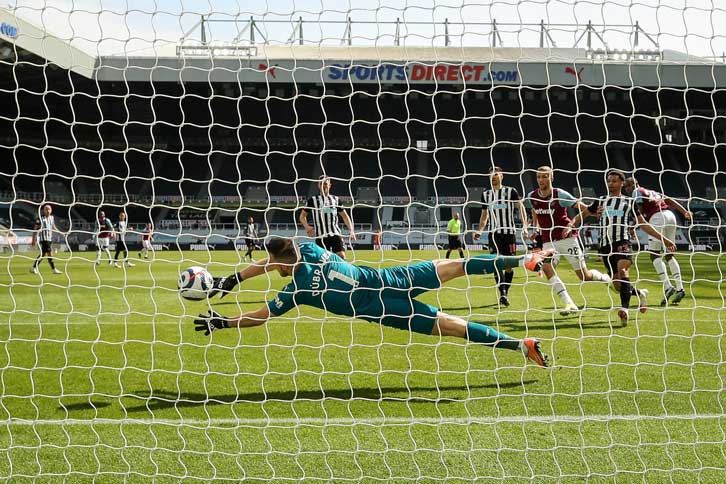 West Ham's most recent win at St James' Park was on 1 December 2018, when Chicharito scored twice and Felipe Anderson once in a convincing 3-0 win.

And the Hammers' most recent win over Newcastle anywhere came three months later at London Stadium, when Mark Noble's penalty and a Declan Rice header secured a 2-0 victory.

Overall, the two sides have met 46 times in the Premier League since 1993/94. West Ham have won 13, Newcastle have won 22 and eleven have ended in draws.

Going back further, our biggest ever win over Newcastle was the famous 8-1 First Division success achieved by the Boys of '86. Alvin Martin scored a hat-trick against three different goalkeepers at the Boleyn Ground on 21 April 1986.

Overall, the two clubs have met 137 times since February 1908, with the Magpies holding the all-time advantage with 57 wins to the Hammers’ 42, with 38 draws.

The Hammers have lost their previous five opening-day fixtures, with the most recent opening weekend win coming at Arsenal in August 2015.

Overall, of our 25 previous opening weekend fixtures in the Premier League, West Ham have won ten, lost 14 and drawn just one, 0-0 at home to Leeds United in August 1994!

The 50-year-old has referred West Ham United on 58 occasions, including the 4-0 home Premier League victory over Wolverhampton Wanderers last September and the 3-0 final-day win over Southampton at London Stadium in May.

Sunday's 2pm kick-off will be broadcast live in the UK by Sky Sports from 1pm and across the world by the Premier League's international broadcast partners.

The Club will also be covering the game live with a blog on whufc.com and our Official App and across our social media channels, with goals, highlights and exclusive reaction to follow after the final whistle.