The young Hammers are likely to give their all in the final game, with one eye on the Premier League 2 season opener on Monday 16 August, a mouth-watering tie against Arsenal U23s at London Stadium.

With that in mind, here’s all you need to know about Tuesday afternoon’s pre-season game…

The Hammers have been working to address their consistency within pre-season after starting off with a 4-1 win over Loughborough University, only to follow that result up with a series of peaks and troughs within games against four senior footballing opponents.

A self-confessed sub-standard display arrived in a 2-1 defeat to National League team Ebbsfleet United, but a 5-1 win over Southend United – in the same division – then evidenced the raw potential of this young group of exciting players.

West Ham’s U23s were impressive again at League Two outfit Crawley Town and ought to have won on the balance of play, but two slips in concentration saw them lose 2-1 once again, before a 2-2 draw to fifth-tier Aldershot Town left Halajko with food for thought.

The young Hammers had enjoyed their fair share of strong spells within all five games prior to the visit of the Blues, but to see them dominate an opponent – capitalising thanks to a pair of Emmanuel Longelo free-kicks and a well-worked Bernardo Rosa goal – will have given Halajko and his players plenty of confidence going into Tuesday’s final pre-season game.

Given that Tuesday marks a behind-closed-doors pre-season fixture, the historical East End rivalry of first-team matches between West Ham and Millwall is likely to be put aside.

The young Irons will still need to be at the top of their game, however, to match the visiting Lions, whose academy promoted the likes of Billy Mitchell, Tyler Burey and Hayden Muller last season – the former a first-team regular, the latter two now on loan to senior clubs.

Millwall have an excellent historical reputation for doing so, of course, with club legend and record appearance holder – the late, great Barry Kitchener – a product of Millwall’s academy.

They have shown they have grander intentions this time around, however, by recording three wins from four games in pre-season, including a 2-1 victory over seventh-tier Royston Town on Friday evening.

New signing Seb Drozd, a versatile 18-year-old forward who has recently joined from Isthmian League side Uxbridge, will be out to impress, while keep an eye out for tough-tackling 20-year-old defender and captain Dan Moss; new professional centre-back Arthur Penney; exciting left-back Junior Tiensia; and clinical 19-year-old Irish forward Sean O’Brien, who has four goals in five FA Youth Cup games to his name.

West Ham United U23s lead coach Dmitri Halajko: “Probably the last thing we need to work on ahead of the season is that we still feel like we’re not showing enough cutting edge in the final third.

“We feel we’re creating a lot of chances and maybe should be finishing more of those. We’re happy with our build-up play now. We tidied our pressing a bit against Birmingham and our set-pieces, so we’re happy with a few of those areas. The last bit we’re looking to put into place is punishing teams for the chances we create.”

Tuesday afternoon’s match at Rush Green Stadium will be played behind closed doors, with kick-off at 4pm, but you’ll be able to find a full match report, reaction and highlights on whufc.com over the course of the Tuesday afternoon and Wednesday morning. 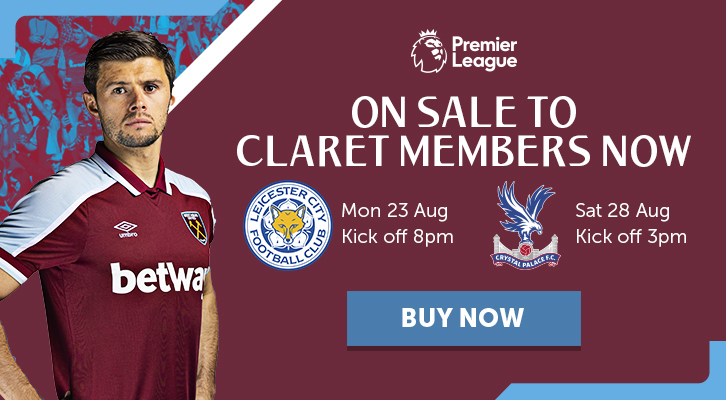