West Ham United pair Tomáš Souček and Vladimír Coufal have been formally recognised for their contribution to developing relations between the Czech Republic and United Kingdom.

The Hammers duo were presented with the prestigious Silver Medal of Jan Masaryk by the Czech Ambassador to the UK, Libor Sečka, at a ceremony at the Ambassador’s residence in Hampstead on Sunday.

Sečka has become a keen West Ham fan since Souček, Coufal and Women’s midfielder Kateřina Svitková joined the Irons in 2020, attending matches at London Stadium, assisting the players and their families and raising funds and awareness for young Hammer Isla Caton, who is receiving treatment for the rare child cancer Neuroblastoma.

They have already got many awards & they will get many more in future, but today it was the 1st time from an Ambassador. Delighted to decorate @tomassoucek28 & @Coufi5 w/ #JanMasaryk Silver Medal for their enormous contribution to the development of ??-?? sportive relations.#COYI pic.twitter.com/k5P1ZESEK5

The Ambassador, who cheered on the Hammers in Saturday’s 2-0 Betway Cup win over Atalanta, tweeted: “They have already got many awards and they will get many more in future, but this was the first time from an Ambassador. I am delighted to decorate Tomáš Souček and Vladimír Coufal with the Jan Masaryk Silver Medal for their enormous contribution to the development of relations between the Czech Republic and the United Kingdom.”

The Czech internationals have embraced life in London since moving to West Ham from Slavia Prague last year, with Souček arriving in late January and Coufal following at the beginning of October, despite the multiple challenges posed by adapting to a new country during the COVID pandemic.

First off, Souček and Coufal excelled on the pitch, with the former scoring ten goals and the latter providing seven assists and nine clean sheets to help their side finish sixth in the Premier League with a record points total, number of victories and goal difference.

As a mark of their outstanding contributions, Souček was voted Hammer of the Year and Coufal named Signing of the Season by the Claret and Blue Army at last Friday's Player Awards, brought to you by Betway.

Away from the pitch, the close friends have been an absolute credit to themselves, their Club and their country by supporting the Ambassador’s work to improve relations between the Czech Republic and the UK and attending events to honour servicemen and women who fought alongside their British allies during the Second World War.

In recognition of their work, Sečka presented Souček and Coufal with the Silver Medal of Jan Masaryk, an award introduced by the Ambassador in 2017 and named in honour of the highly respected diplomat and politician who served as the Foreign Minister of Czechoslovakia from 1940 to 1948.

Everyone at West Ham United would like to congratulate Tomáš and Vladimír on receiving the Silver Medal of Jan Masaryk. 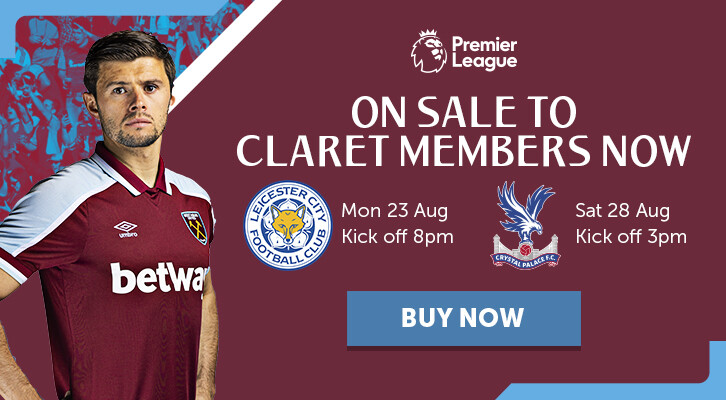