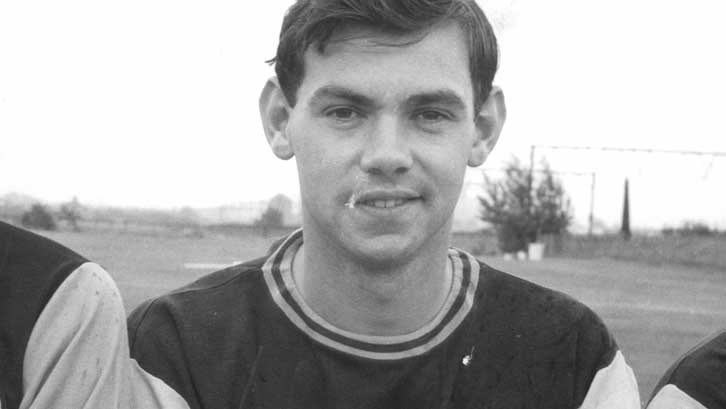 Everyone at West Ham United has been left saddened by the passing of former Hammer Eddie Presland at the age of 78.

Born in Loughton in Essex in March 1943, defender Presland joined the Academy of Football as a schoolboy in the 1950s and signed his first professional contract in October 1960.

However, with the likes of John Bond and then Jack Burkett holding down the left-back position, Presland had to wait patiently for his chance to play for the first team.

When his debut did arrive, though, the 21-year-old marked it in style, scoring the equaliser as West Ham came from behind to defeat Liverpool 2-1 in the First Division in front of 25,780 fans at the Boleyn Ground in February 1965.

Sir Geoff Hurst, who scored the winning goal that day, was a close friend and Presland served as Best Man at the future FIFA World Cup winner’s wedding.

Presland kept his place for the next three First Division matches but was then replaced by Martin Peters and made just two more appearances in Claret and Blue the following season, at Sunderland and Sheffield United at the start of September 1965.

With Burkett firmly established in the left-back role,  Presland moved on in  January 1967, when he joined Crystal Palace. He enjoyed two productive seasons at Selhurst Park under manager Bert Head, helping the Eagles win promotion from the Second Division in 1968/69.

October 1969 saw Presland join Colchester United on loan, before he rounded out his career with spells at Southern League sides Chelmsford City and Wealdstone, either side of a stint with South African National Football League club Jewish Guild in Johannesburg.

After hanging up his boots, Presland took up a career in non-league management, taking charge at Wealdstone, Dulwich Hamlet, Hendon, Gravesend and Northfleet and finally Dagenham, where he enjoyed great success.

He later took up scouting roles, working with his former West Ham teammate John Lyall at Ipswich Town, and then for Tottenham Hotspur, where he is credited in playing a central role in Spurs’ recruitment of Gareth Bale and Luka Modrić.

A talented cricketer, Presland was capped by England Boys and also turned out 54 times for Essex between 1962-72 in both first-class and one-day cricket, scoring 812 runs and taking 16 wickets.

West Ham United would like to pass on sincere condolences to Eddie's family and friends at this sad time.