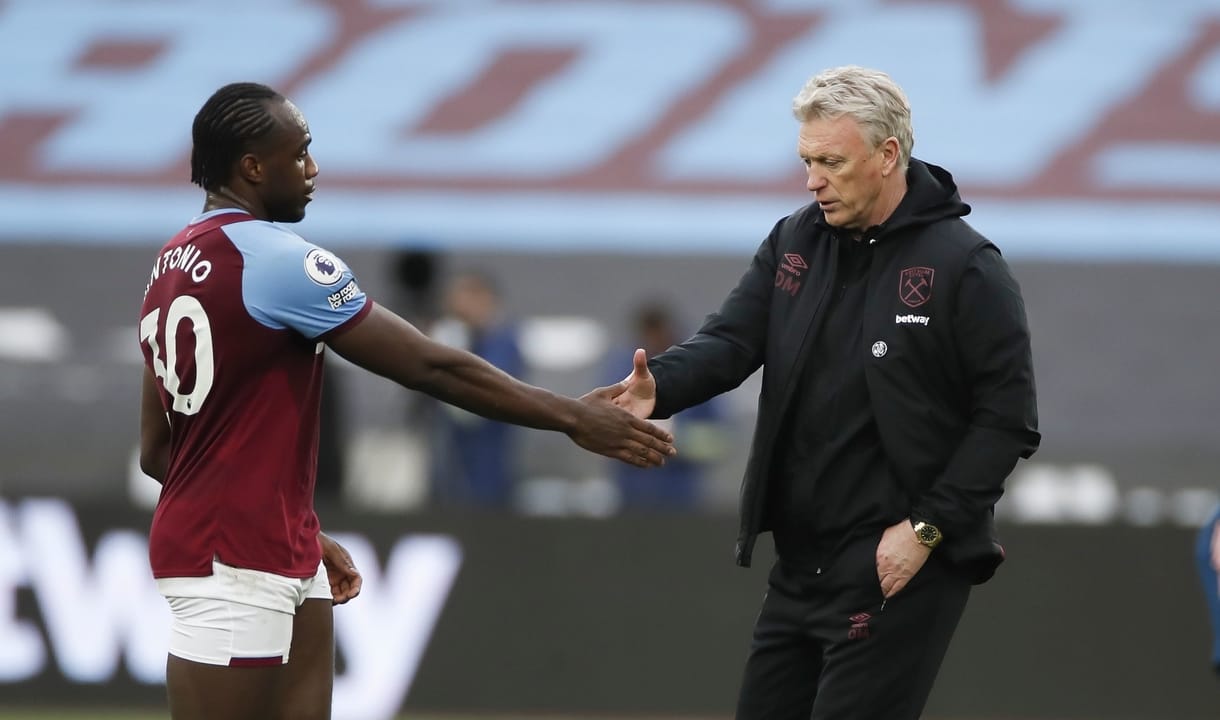 West Ham United manager David Moyes gave an update on Michail Antonio's fitness in his pre-Burnley press conference on Friday afternoon, as the Hammers centre-forward continues to work his way back to fitness following a hamstring injury.

The No30 has been absent since being substituted in the first half of his team's 3-2 Premier League win at Wolverhampton Wanderers on 5 April, but is edging closer to a return.

The boss confirmed that he is stepping up his work on the Rush Green training pitches, but remained tight-lipped over his possible availability for Monday's trip to Turf Moor.

Moyes also touched on the potential returns of Aaron Cresswell (leg), Declan Rice (knee) and Arthur Masuaku (knee), while also reminding journalists that Craig Dawson will be available for selection after serving a one-match ban for the red card he was shown at Newcastle United a fortnight ago.

"Michail is working with the physios and he's been out on the grass, so I wouldn't rule him out yet, but I don't want to be ruling him in as well," the manager explained.

"Let's hope that he's got a chance, but it's not just him. We've been without Aaron Cresswell, Declan Rice, Arthur Masuaku, Craig Dawson was suspended last week to so we've had a few out. We'll try to get them all back if we can, and we're working hard to get them back.

"Those players have been involved in most of the games for most of the season. In truth we've been pretty consistent with our team selection because of not having too many injuries.

"But injuries are happening to all the clubs at the moment and yes they do make a difference because they are important players, but part of any manager's job is to find another way and see if you can win with other players in the team."

West Ham take on Burnley at Turf Moor at 8.15pm on Monday evening. The fixture will be played without supporters present due to COVID-19 restrictions, but it will be screened live in the UK by Sky Sports and across the world by the Premier League's international broadcast partners. 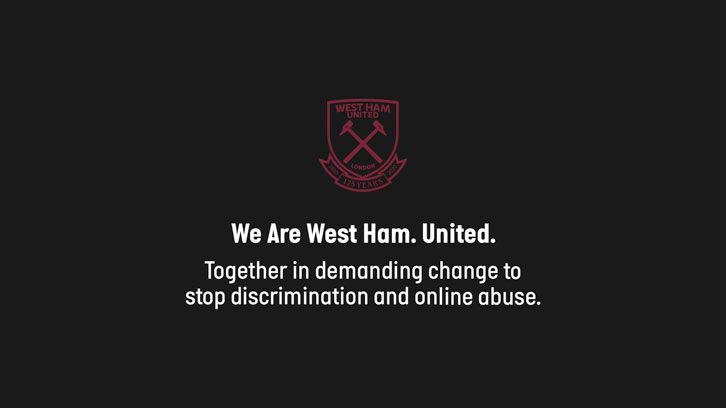