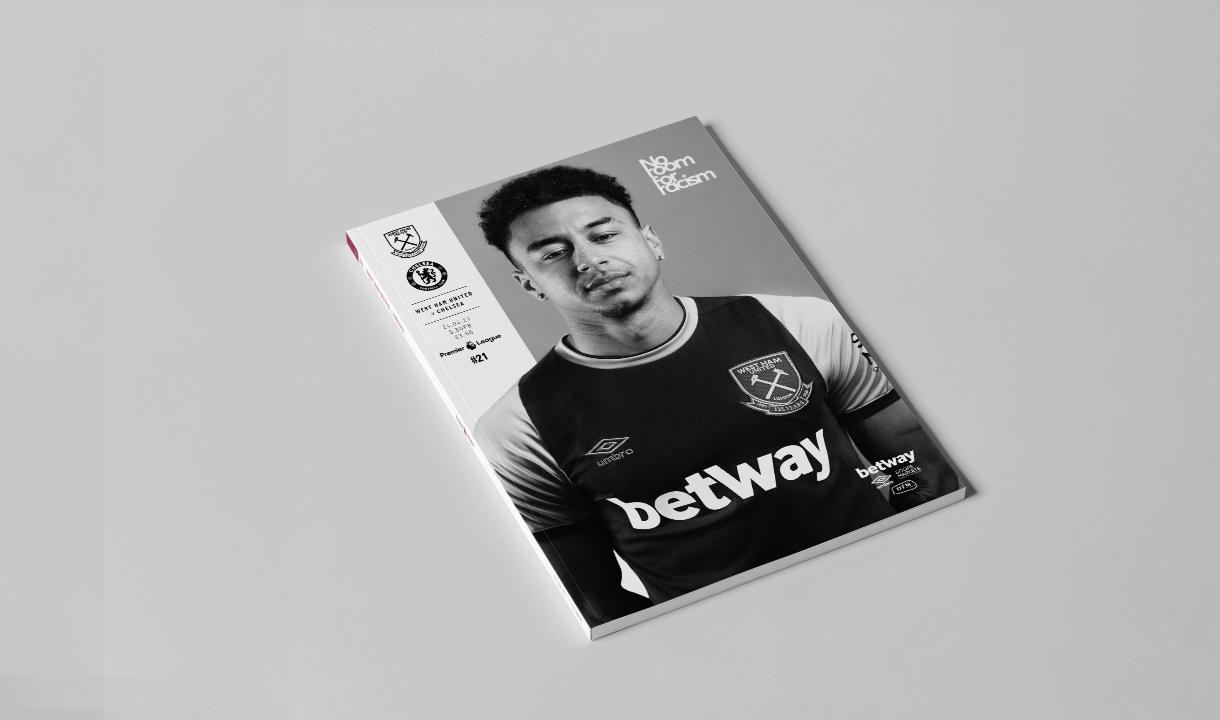 Alternatively, you can check out your FREE digital issue right now by clicking here!

The Irons will be looking to move back ahead of Thomas Tuchel's men with victory at London Stadium for the 5.30pm kick-off.

To help fans everywhere enjoy the matchday experience, we have also made a digital issue of Saturday's Official Programme, is available FREE of charge now by clicking here.

Buy your Official Programme now I Get your FREE digital issue

In this issue, the in-form Jesse Lingard is the cover star, and in the feature interview inside he discusses his highly-successful loan spell at London Stadium and reveals how he has bounced back so spectacularly.

We also learn about the work of the Club's official charity partner DT38 Foundation, alongside all the latest news from London Stadium.

Former West Ham and Chelsea great Joe Cole flicks through his Hammers Scrapbook, while Scott Minto - another who played for both clubs - picks his Dream Teammates.

The Evening Standard's Ken Dyer reflects on past meetings between the two sides, columnist Mark Webster heads down the Added Time Tunnel, Irons legend Tony Cottee pens his regular column, Sid Lambert goes Back to the '90s to pay tribute to Mike Small, and we continue to look back through the Club's 125th history.