Every year at this time, everyone at West Ham United spends a moment reflecting on the life of the late Dylan Tombides.

It is seven years to the week since the young Australian forward, tipped to go to the very top of the game after shining bright at the Academy of Football, passed away, three years after initially being diagnosed with testicular cancer. He was just 20-years-old.

A talented player and effervescent young man who had his whole life ahead of him, Tombides was loved and respected by everyone who had the good fortune to meet him – teammates, coaches, medical staff and, of course, his family.

It said everything about his character that he continued to train and play while undergoing draining, invasive treatment for the horrible disease which ultimately took his life, making his first-team debut for the Hammers in a League Cup tie with Wigan Athletic at the Boleyn Ground in September 2012, and playing for his country at the AFC Under-22 Championship just three months before his death.

The outpouring of grief and sadness that followed Tombides’ passing was genuine, with tributes paid not only in east London, where the John Lyall Gates were covered with tributes and his No38 shirt retired at a moving ceremony ahead of a Premier League fixture with Crystal Palace, but in his native Australia, where players, clubs and supporters came together in memory of an unforgettable human being. 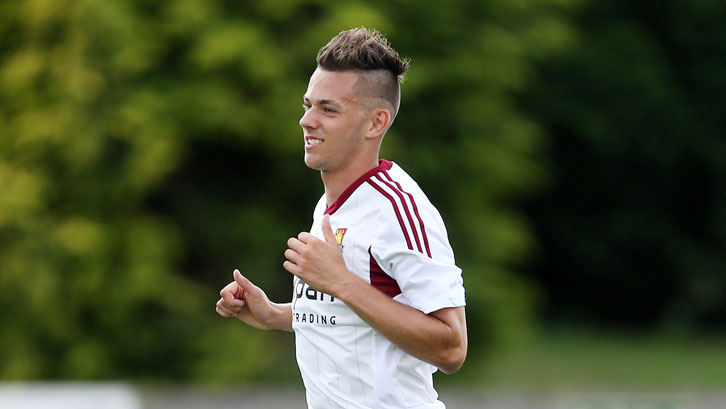 Tombides’ mother Tracy was a pillar of strength throughout her eldest son’s illness and has since worked tirelessly to help other young men like her Dylan take steps to avoid a similarly tragic fate.

In February 2015, she co-founded the DT38 Foundation charity, with the aims of fundraising, raising awareness of testicular cancer and of the education of young people on the topic. In the six-plus years since then, DT38 has inspired men in the UK, Australia and beyond to check themselves and give themselves the best possible chance of survival by providing educational programmes, literature and screening services.

However, the pandemic has affected DT38’s opportunities to raise funds and awareness, with a busy programme of planned events, including screenings and a golf day, cancelled on both sides of the world.

Now, with the world opening up again, the charity hopes to reschedule these events, while on Saturday West Ham United will use the Premier League fixture with Chelsea to raise awareness of the charity and its valuable, life-saving work. 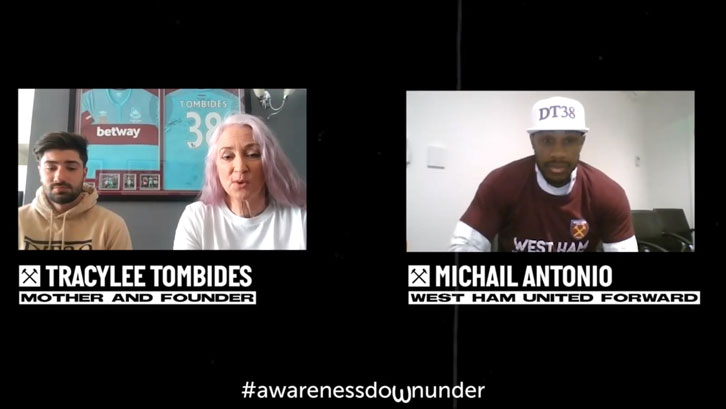 Ahead of the game, Tracy and Dylan’s younger brother, fellow Academy of Football graduate and U11/U12 coach Taylor enjoyed a video call with Hammers star Michail Antonio, who shared his own concerns about cancer, including finding a lump on his own testes, and discussed Tombides’ ongoing legacy.

And to raise funds for DT38, the charity and Club have teamed up to offer one lucky supporter the chance to enjoy their own video call with a first-team player and a bag full of DT38 goodies!

To be in with a chance of winning the Zoom call and goodies you can:

Entrees must be made by 11.59pm on 3 May and the winner will be selected at random and contacted within 48 hours. Full terms and conditions can be seen at whufc.com