Declan Rice may be one of the younger members of England's UEFA Euro 2020 squad at 22 years of age, but you would never guess that from his manner on the pitch.

Rice wore the captain's armband for West Ham United whenever Mark Noble wasn't on the pitch last season and he has taken that responsibility to the international stage, where he has helped the Three Lions to an unbeaten group stage, setting up Tuesday's Round of 16 meeting with Germany.

England will be seeking a first knockout victory over their fierce rivals since Bobby Moore, Geoff Hurst and Martin Peters led them to World Cup glory in 1966, but for Rice the focus is very much on the present.

He spoke to the media ahead of Tuesday's blockbuster Wembley clash, where he answered questions on leadership, England's form and more...

You’re one of the youngest players on the pitch, but vocal out there. Can you talk to us about your leadership abilities and how you’ve brought them to your game?

It’s massive. I’ve obviously had the responsibility this season of taking the armband at West Ham instead of Mark Noble when he hasn’t been playing, and I’ve just tried to learn from him at every opportunity.

Then when I come into England, you’ve obviously got Harry Kane, Jordan Henderson, and the vocal side of the game is so important because when you’re on the pitch if you’re not communicating with each other and helping each other out, if you’re quiet out there an extra voice is going to help.

So I think it’s important to impose your character and personality on the pitch and that’s what I try to do.

How have you found your first taste of tournament football?

It’s my first tournament, new experiences and I’m learning different things as the games are going on. There’s a lot of pressure and that’s what it’s about playing for England. You’re playing for one of the best and most-watched sides in the world so I’m learning a lot and ready to keep going.

What mark would you give yourselves as a team so far in the tournament?

There’s definitely room for improvement. It’s hard to say a mark, but if you look at the three performances Croatia was 1-0 and a clean sheet. Obviously the Scotland game was really tough – they came out so fast, so quick and stopped our gameplan. But it was another clean sheet, and then the other day was a 1-0 comfortable victory and could have been more, with another clean sheet.

We’ve looked really solid. There have been a few top sides in the tournament who have conceded goals and we’re yet to do that. We’re solid, we’re strong and we go out there knowing what we need to do. Now as the rounds will go on, I think we’re going to keep progressing and getting better.

Yourself and Kalvin Phillips in there take a lot of credit for the clean sheets, but as well as providing a shield, you’re in there to help the attacking players do their thing as well. Is there room for more from the team going forward?

Definitely and we know that as players. When we qualified for this tournament we went through a stage when we were beating teams 4, 5 and 6-0. We’re not worried. We’ve scored two goals and we know we can score more, especially with the world class talent we’ve got, but that will come. I’m sure that will come – as the tournament progresses I really feel like we’re going to step it up.

Everyone’s ready. In training everyone is at it and tough with each other. Everyone wants to play – It’s England-Germany, so whoever gets the nod to play, of course they’re going to be buzzing and if you’re not playing you’re supporting the lads. And if you get on you want to make an impact.

I’m relishing going out there and putting myself out there against the best. It’s England-Germany, the Round of 16, at Wembley. It’s going to be proper, so I need to go out there and give a solid performance myself as well as the team.

What are you using as inspiration to get pumped up for it?

When I go out onto the football pitch I don’t need any inspiration when I’m out there. I’m blessed to be on the pitch in the first place and I’m living the dream I wanted to do as a kid. Even having the thought that I could play Germany in a Euros tournament is crazy – that Is my inspiration to just go out there, have no regrets and give all I’ve got. 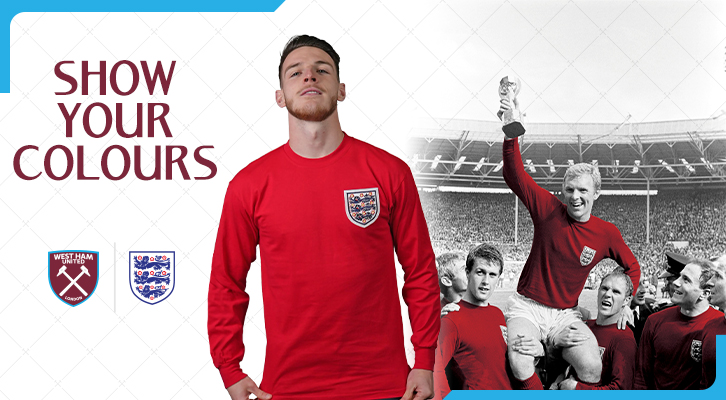