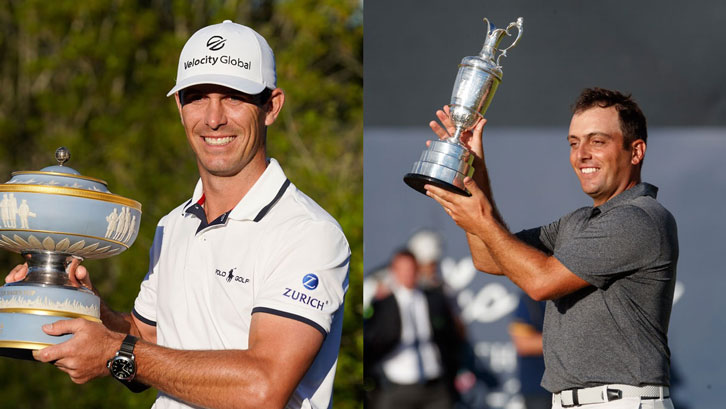 West Ham United fans Billy Horschel and Francesco Molinari will be swinging Irons at The Open Championship this week.

American Horschel has even had a special Claret and Blue golf bag designed, complete with the West Ham United crest, to carry his clubs around Royal St George's Golf Club in Sandwich, Kent.

And Italian Molinari, who won The Open at Carnoustie in Scotland in 2018, will be hoping to lift the famous Claret Jug for the second time in his own illustrious career.

Horschel, 34, is ranked No25 in the world after an impressive 2021 season to date, capped by victory at the WGC Match Play in Texas in March – his first World Golf Championship win and the seventh professional tournament win of his career.

After getting in contact with West Ham captain and keen golfer Mark Noble, the Floridian was given permission by the Club to have the Hammers’ crest embroidered onto his Claret and Blue golf bag, which also features the logo of his college team, the University of Florida Gators. The bag was endorsed by a third golf-playing West Ham supporter in former Ryder Cup player, Irishman Paul McGinley, who wished his fellow Hammer luck on social media!

“I’ve not had a bag sponsor for a year-and-a-half now since I left my previous club company, so I’ve been able to do some unique bags,” Horschel explained in an Instagram post. “That’s why I have been able to rock my Florida Gator colours and support them as I always will, as I’ve been a Gator fan for as long as I can remember.

“I’ve also always been a West Ham United fan, as some of you guys know. We’re not far from London, so why not do a West Ham United bag? It’s Claret and Blue with the West Ham United crest on it so that is the bag I will be rocking this week. Hopefully it brings me some luck and some support from my fellow Hammers!”

The American will hope his eye-catching new kit and the support of his fellow Irons will help him improve on his career-best finish of 30th at The Open Championship back in 2015.

Molinari, of course, already has a strong and successful history at the world’s oldest golf tournament, having held off the challenge of Tiger Woods to win in stunning circumstances at Carnoustie three years ago.

The 38-year-old, who was born in Turin but now lives in London, began his love affair with the Hammers when compatriot Gianfranco Zola was appointed manager in 2008.

He too has been in contact with Noble and the pair played a round together at the 2018 British Masters at Walton Heath in Surrey, just a few days after Molinari had helped Team Europe defeat the United States to win the Ryder Cup. 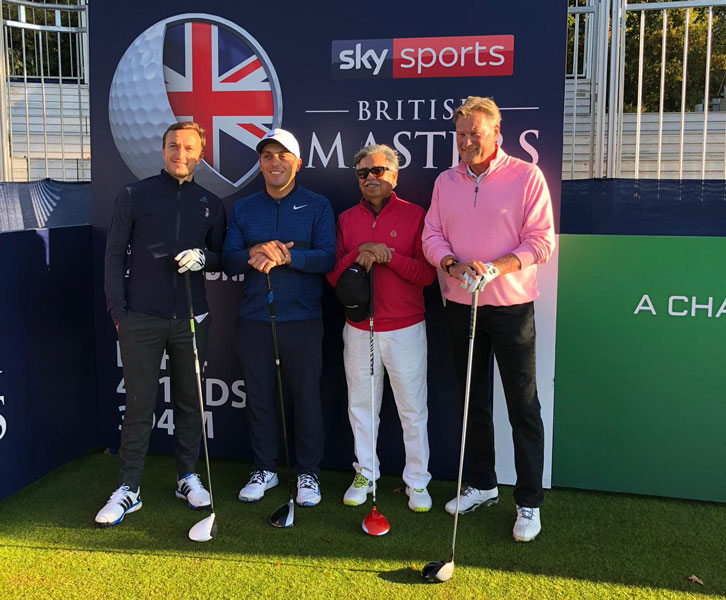 Now ranked 141 in the world, Molinari is considered an outsider to repeat his 2018 success, but will hope the memories of that unforgettable moment can inspire him again.

West Ham United’s principal partner Betway makes Molinari a 100/1 shot to win The Open for a second time, while Horschel is priced at 150/1.

Play gets underway on Thursday morning and will be broadcast live in the UK by Sky Sports and BBC BBC Radio 5 Live, while BBC Two and BBC iPlayer will show two hours of highlights each evening.

Everyone at the Club wish both Billy and Francesco the very best of luck at Royal St George's.