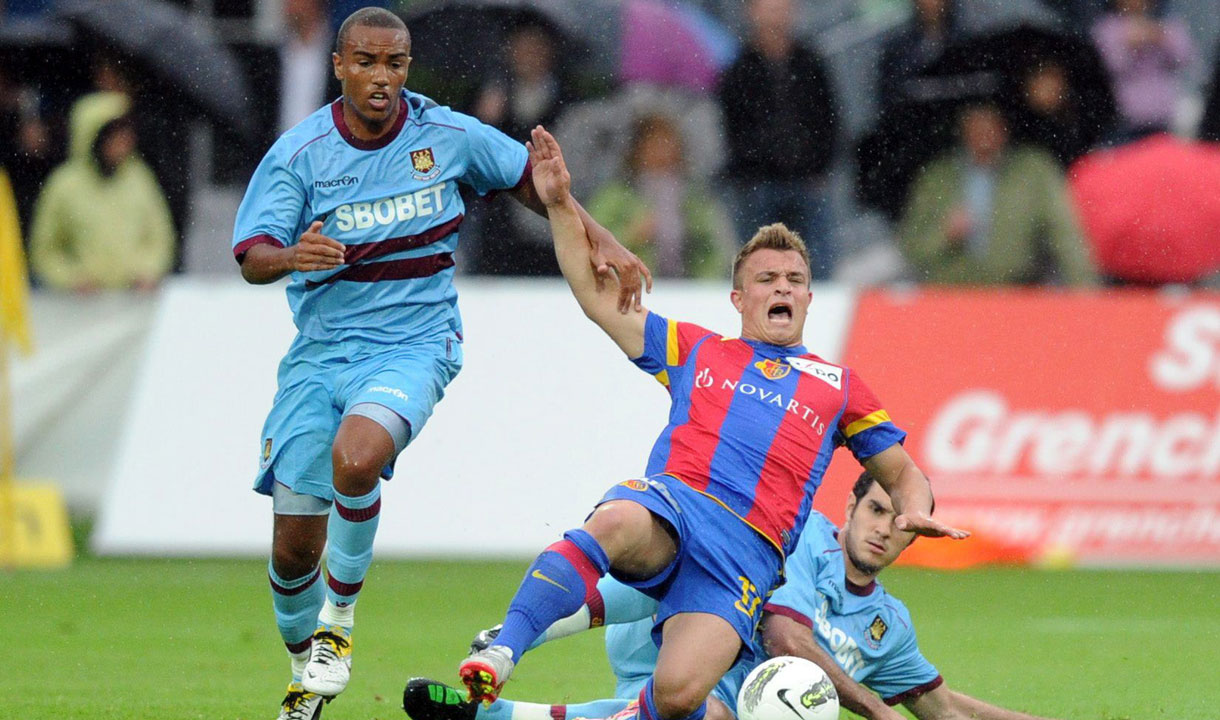 Our alphabetic look at the history of West Ham United takes us today to the letter S...

West Ham United’s links with Slavia Prague have been strengthened greatly by the recent direct transfer of Tomáš Souček and Vladimír Coufal from the Czech club.

Souček joined Slavia at the age of ten and came through the Academy there, before going on to make 158 appearances, score 40 goals and win two Czech First League titles and two Czech Cups, before moving to London Stadium in January 2020.

Close friend Coufal followed his former teammate and national team colleague to east London in October 2020 after just over two years with Slavia. The full-back, who was signed from Slovan Liberec – where he previously played alongside loanee Souček – made 88 appearances for the club, scoring seven goals. 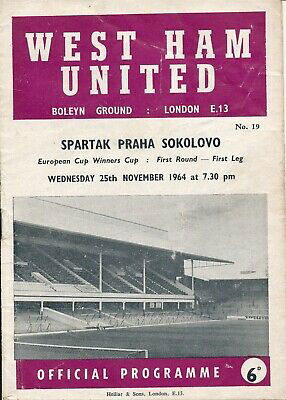 Defender Tomáš Řepka was signed for a record fee from Italian club Fiorentina in 2001, having previously spent three seasons with Sparta between 1995-98. The no-nonsense Řepka was sent-off twice in his first three appearances for West Ham, but went on to play 188 times in Claret and Blue and earn cult hero status among supporters. He returned to Sparta in 2006, spending a further five years with the Prague club.

Midfielder Radoslav Kováč also had two spells with Sparta either side of his time in east London. The tall international was with Sparta from 2003-05 before moving to Russian club Spartak Moscow and, in 2009, to West Ham. He spent two-and-a-half years with the Irons before moving to Swiss side FC Basel and, in 2014 back to Sparta. He then spent three yeas as assistant manager there and is currently manager of SFC Opava in his homeland.

West Ham welcomed Sparta to east London as long ago as March 1957, when the then-Czechoslovakian side visited the Boleyn Ground for a floodlit friendly. Malcolm Allison, with a penalty, Billy Dare and Eddie Lewis got the goals for the home side in a thrilling 3-3 draw, with Tadeus Kraus, Josef Crba (two) on target for the visitors.

The 1964/65 season saw the Hammers paired with Sparta (then called Spartak) in the second round of the European Cup Winners’ Cup. The first leg was played at the Boleyn on 25 November 1964 and ended in a 2-0 home win, with John Bond and Alan Sealey getting the goals. The Czechoslovakians threatened a comeback in the second leg, winning 2-1, but John Sissons’ strike saw the Londoners through.

The most-recent meeting between the two clubs was in July 1987, when the Hammers were thumped 4-0 at the Zeeuwsch Vlaanderen Tournament in the Netherlands. 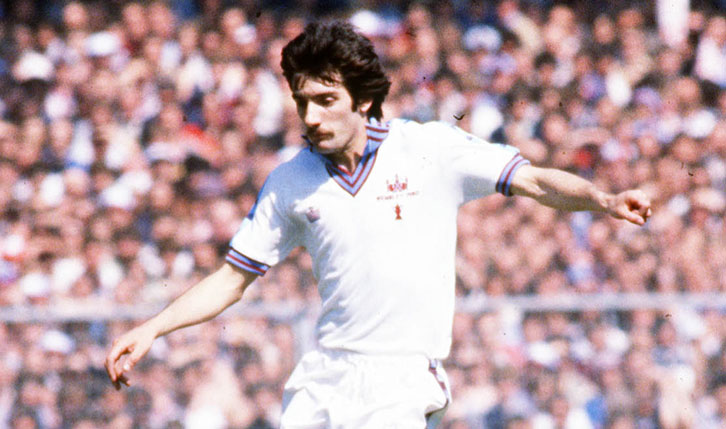 Nowadays, the west London district of Southall is best known for being home to the largest Punjabi community outside the Indian subcontinent, and its proximity to Heathrow Airport.

However, it also has historic links with West Ham United.

In the 1898/98 season, Thames Ironworks FC and Southall FC were in the same division – the Southern League Second Division – and the two clubs met twice in the space of three weeks in March 1899.

The first saw R Henderson score both goals in a 2-0 away win, before George Reid and Henry Gilmore found the net in a 2-0 victory at the Memorial Grounds.

Formed in 1871, Southall FC is one of the oldest clubs in England. Now in the Combined Counties League, Southall have spent their entire existence outside the Football League, but they have reached the final of the FA Amateur Cup and FA Vase, lifted the Middlesex Senior Cup on 12 occasions and won league titles at various levels.

Their best performance saw them reach the FA Cup third round in 1935/36, drawing a record crowd of 19,094 for their tie with Watford.

Devonshire was signed from Southall for a fee of just £5,000 in 1976 and went on to achieve great things in Claret and Blue, winning the FA Cup in 1980, helping the Hammers finish third in the First Division in 1986, collecting eight England caps, and making 448 appearances and scoring 32 goals for the Irons.

Four other players represented both clubs – Jimmy Carr played for West Ham in the season before the First World War before turning out for Southall at the end of his career, while John Payne featured in four First Division matches in the mid-1920s, having signed from Southall in 1926.

Cliff Ette scored on his only appearance for West Ham before captaining Southall during their famous FA Cup run in 1935/36, while Frederick Gamble started out with Southall, played twice for the Irons in April 1931 and later played first-class cricket for Surrey!

West Ham United have visited Switzerland regularly down the years.

The first occasion was back in May 1924, when the Hammers scored a 1-0 win over FC Bern during their post-season tour of Europe.

Seven years later, the Hammers visited the Alpine nation for a three-match post-season tour, winning all three games – 2-0 in Lucerne, 5-2 in Zürich and 4-3 in Basel.

Just three more years passed before the Irons were back in the mountains, this time for a five-game visit. West Ham did not have things all their own way this time, losing 3-1 to the Swiss national team in Zürich and 1-0 in St Gallen and drawing 2-2 in Bern, but the Londoners did thrash Kreuzlingen and Lucerne by identical 9-2 scorelines.

The Hammers got their own back on the Swiss national team in May 1936, winning 1-0 in Zürich, and also scored victories over Kreuzlingen and Aarau, but Lausanne proved too strong, defeating the English visitors 1-0.

West Ham celebrated the end of the Second World War with yet another trip to Switzerland a decade later, in May 1946, when they went unbeaten in seven matches, scoring 33 goals and conceding just seven, including nine in a win in Schaffhausen.

Servette became the first Swiss visitors to east London when they formed the opposition for a floodlit friendly at the Boleyn Ground on 6 April 1954. A crowd of 20,000 saw Doug Arnott score a hat-trick and Jim Barrett and John Dick also find the net in a 5-1 win.

The Hammers’ next meeting with Swiss opposition was their most important, as Lausanne formed the opposition for a European Cup Winners’ Cup third-round tie in March 1965. Ron Greenwood’s side scored a 2-1 win at the Stade Olympique, with Johnny Byrne and Brian Dear getting the goals, before the Irons completed a 6-4 aggregate win with a 4-3 success at the Boleyn Ground, where Dear scored twice, Martin Peters once and Ely Tachella put through his own net.

The same club welcomed West Ham to Switzerland for a pre-season match in August 1966, which ended in a 2-2 draw, before the Irons returned to the country the following June to beat Grasshoppers Zürich 1-0 and Lugano 4-1.

After a break of two decades, West Ham were back in Switzerland in July 1987, when John Lyall’s squad beat Servette 3-1 in Geneva.

And it was 24 years before the Irons returned to the country, in July 2011, when Sam Allardyce kicked-off his reign as manager at the Uhrencup in Grenchen. However, the trip ended in two 2-1 defeats, by Young Boys and FC Basel.

West Ham’s most-recent visit to Switzerland was in July 2018, when Manuel Pellegrini’s spell in charge began with a 3-2 win over FC Winterhur at the fabulously named Stadion Schützenwiese.

In terms of players, West Ham’s first Swiss international was the all-action midfielder Valon Behrami, who joined the Irons from Italian club Lazio in 2008 and spent two-and-a-half years in east London before returning to Serie A with Fiorentina.

The second was Edimilson Fernandes, another central midfielder, who arrived from Sion in 2016 and spent two seasons at London Stadium, scoring a memorable winner in an EFL Cup victory over Chelsea in October 2016, before being loaned to Fiorentina and then joining German club Mainz on a permanent basis in 2019.

Most recently, striker Albian Ajeti was signed by Pellegrini at the start of the 2019/20 season, but departed for Scottish club Celtic last summer, having failed to score.

West Ham has also been represented by Fabio Daprela, who played eight times at full-back under Gianfranco Zola during the 2009/10 season and is now with Swiss club Lugano.

Goalkeeper Raphael Spiegel, who was a reserve-team regular but never made a competitive appearance, faced West Ham for Winterthur in the aforementioned friendly, and is still with the Swiss club.