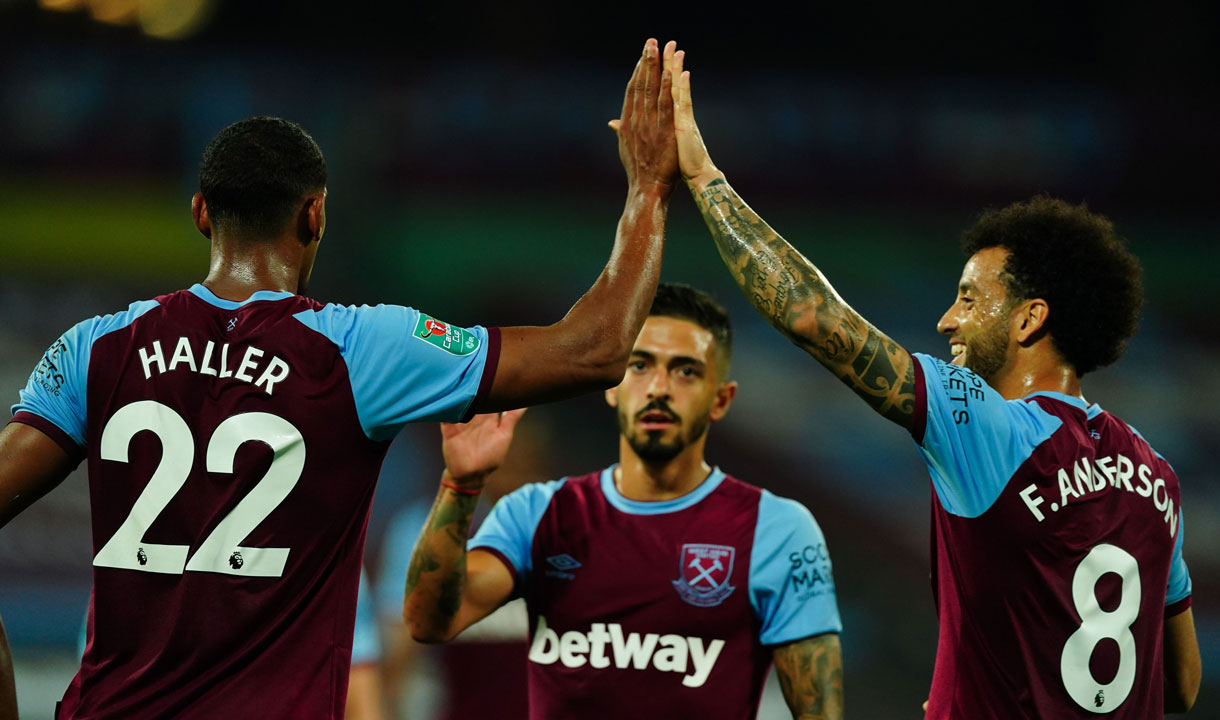 West Ham United have named a strong and attacking team for tonight’s Carabao Cup fourth round tie at Everton.

The tournament’s leading scorer Sebastien Haller and Player of the Round Andriy Yarmolenko both start, as do Manuel Lanzini, Felipe Anderson, Robert Snodgrass and Club captain Mark Noble.

Haller leads the line, with Yarmolenko and Felipe Anderson playing on the flanks, reuniting the trio who shared all five goals in the third-round win over Hull City a week ago.

Noble and Snodgrass will anchor the midfield behind No10 Lanzini in what looks to be a 4-3-3 formation.

In defence, Declan Rice moves to centre-back alongside Fabian Balbuena, with Ben Johnson and Aaron Cresswell filling the full-back position.

Behind them, Darren Randolph is in goal, continuing the Irishman’s role as Carabao Cup goalkeeper.
Only Lukasz Fabianski and Michail Antonio are rested from the team which thrashed Wolverhampton Wanderers 4-0 in the Premier League at London Stadium on Sunday evening.

Arthur Masuaku, Angelo Ogbonna, Tomas Soucek, Jarrod Bowen and Pablo Fornals are named among the seven substitutes alongside teenage right-back Harrison Ashby and 21-year-old goalkeeper Nathan Trott, who is named in a first-team matchday squad for the fourth time in his career.