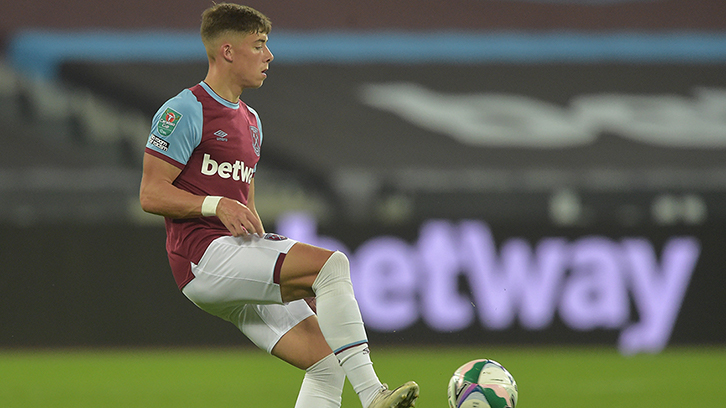 West Ham United full-back Harrison Ashby has been called up to the Scotland Under-21 squad for the first time.

Previously a regular at international level with the U19s squad, 18-year-old Ashby has been selected for in the U21s in the same week as he made his full West Ham United debut, playing 69 minutes of the 5-1 Carabao Cup third-round win over Hull City on Tuesday evening.

That inclusion followed on from his first-ever appearance in senior football, coming on as a substitute in the closing stages of West Ham’s 3-0 second-round win over Charlton Athletic.

Having only signed his first-ever professional contract with the Irons earlier this year, Ashby will be delighted to have been included in Scotland U21 manager Scot Gemmill’s squad for their two upcoming European Championship qualifiers.

Ashby could be in line to make his international debut at U21s level at home to Czech Republic (on 9 October) or away to San Marino (on 13 October).

Scotland remain in with an outside chance of qualifying for the 2021 UEFA European Under-21 Championship finals tournament, due to be co-hosted by Hungary and Slovenia next year.

They trail both group leaders Czech Republic and Greece by four and two points respectively in Group 4 – albeit with a game in hand over the former – and have four games left to play.

Only the group winners will advance automatically to the finals, with the five best runners-up from nine qualification groups also making it through.