A West Ham United debut in a 5-1 victory was the stuff of dreams for Academy graduate Emmanuel Longelo.

The 19-year-old earned his first senior appearance for the Irons on Tuesday evening, coming off the bench to feature in the third-round Carabao Cup win over Hull City.

Taking to the London Stadium pitch for the first time in Claret and Blue was an honour for Longelo, who slotted into the West Ham defence.

“I feel very overwhelmed to be honest,” he told West Ham TV. “It’s a dream come true for me, and my family, so I’m very happy. We’re very delighted with the result. Obviously, I played a part of that, and it was good.”

The versatile full-back replaced fellow Academy graduate Harrison Ashby on the pitch against the Tigers, and was seen to be given words of encouragement from the West Ham coaching staff prior to his introduction.

Assistant manager Alan Irvine praised Longelo’s efforts following the game, and the youngster was happy to impress on his first outing.

It’s a dream come true for me, and my family, so I’m very happy. We’re very delighted with the result.

He continued: “The coaches told me to just be confident and just keep doing what I’ve been doing in the U23s and in training. They wanted me to express myself and have fun out there.

“It’s encouraging to hear that praise from Alan. He’s been a big part of that for me and I’m taking advice from him. I feel like I’m learning a lot from him and from them.”

Sharing the occasion with fellow Academy players in Ashby, Ajibola Alese – who also made his first Hammers outing – and a number of youngsters on the bench only made the occasion even more special for Longelo. 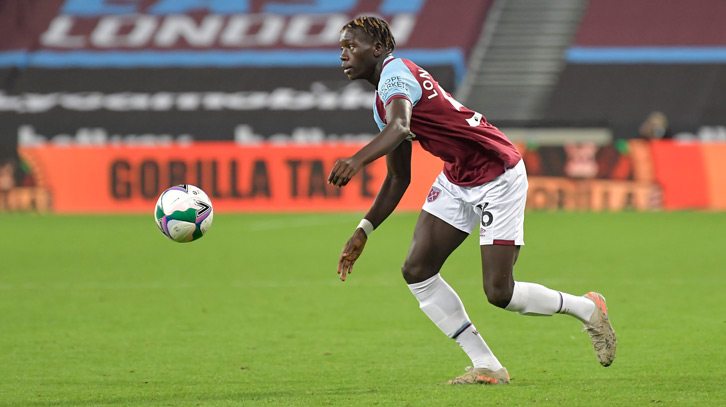 “It’s been really good,” Longelo said. “It’s not just been me either. A lot of the young lads, like Harrison, who made his debut last week. We’re all just really hungry lads who want to try and make an impression on the coaches.

“It means a lot to share this with them, because we’ve all worked hard in training and in pre-season and we’ve all been at this Club for a long time. It’s been a good moment for all of us and, of course, the Academy as well.”

With a senior debut under his belt, Longelo now wants to use his experience to kick on and earn even more first-team minutes.

He added: “I just want to keep doing what I’m doing, being in and around the first team and keep giving 100 per cent for whichever team I’m in. Hopefully I’ll get a chance in the Premier League or in the Cup again.”