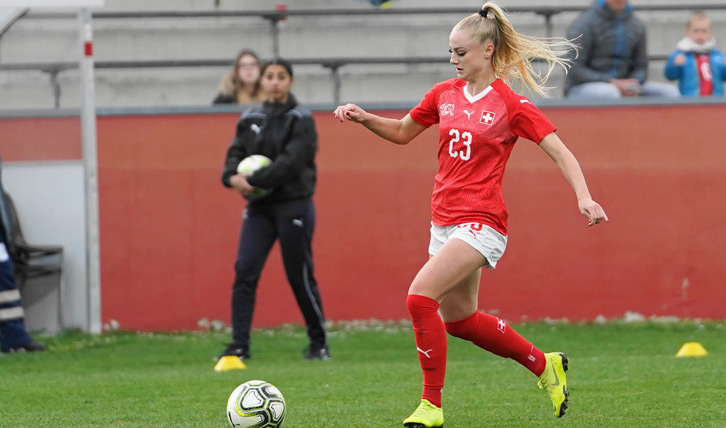 The Hammers No7 scored the winning goal for her country in their 2-1 Euro 2021 qualifying contest at home to Belgium on Tuesday evening.

Switzerland had already been a goal ahead in the Group H contest, thanks to Malin Gut’s fifth-minute opener, before Lehmann received the opportunity to have an effort on goal from distance, finding the bottom corner with a terrific low drive.

The versatile forward was subbed not long after her fine finish, making way for defender Irina Pando, and while Belgium were able to pull a goal back through Tessa Wullaert, Switzerland held on to overtake their opponents at the top of Group H, with 16 points from six games played.

Lehmann had also started the previous qualifier, away to Croatia last weekend, a match in which Switzerland fought to earn a point through Ramona Bachmann’s 74th-minute equaliser. 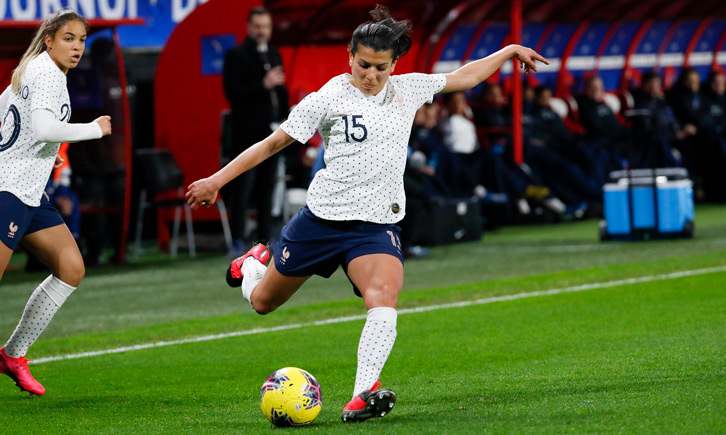 Katerina Svitkova helped the Czech Republic to claim four points from six available in their two qualifiers during the internationals.

The attacking midfielder – who joined West Ham in the summer from Slavia Prague – played the full 90 minutes in the goalless draw against Poland at the end of last week and was also named in the starting XI for Tuesday’s victory away to the same opposition.

Unfortunately, the Hammers’ No10 had to be withdrawn early in the second period due to sustaining a knock. The Czech Republic would go onto win the game 2-0, courtesy of goals from Andrea Staskova and Kamila Dubcova, putting them on ten points from five matches played in Group D. They are only behind leaders Spain on goal difference, although Spain have played one game fewer.

Kenza Dali and her France teammates were also in Euro 2021 qualifying action, winning both of their Group G matches over the International break.

A 2-0 victory away to Serbia last weekend was followed up by a comprehensive 7-0 drubbing of North Macedonia on Tuesday, giving France a 100 per cent record from their four qualifying matches played so far. 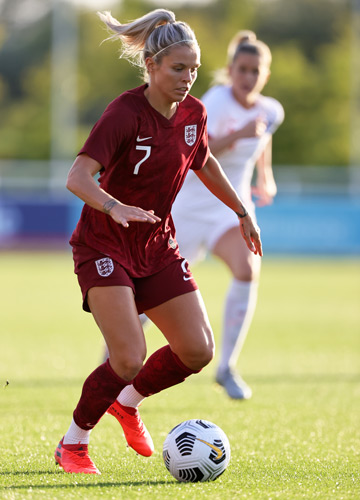 Hammers star Dali, who opened her account for the domestic season with a fine finish against Arsenal two weeks ago, was an unused substitute in the win over Serbia but featured for the final 30 minutes in the midweek contest, with France leading by four goals at her introduction.

The Republic of Ireland only had one qualifier to prepare for in the last two weeks – a tricky test away to Germany last Saturday – with two Irons named in the squad for the trip in forward Leanne Kiernan and goalkeeper Courtney Brosnan.

Pacey attacker Kiernan was selected in the starting XI too, playing on the left wing, as Ireland fell to an unfortunate 3-0 defeat away to the Germans.

The 21-year-old, earning her 20th cap for the national team, was subbed off on 63 minutes in place of fellow forward Heather Payne. Defeat leaves Ireland sitting second in Group I, five points off of Germany in top spot.

With England chosen as the hosts for 2021 UEFA Women's Championship, Phil Neville’s side have automatically qualified for the competition, but the Lionesses still held a training camp over the international break.

Hammers defender Grace Fisk and loanee Rachel Daly were part of a squad called up by England for the camp, held at St George’s Park, during which two training matches were played, pitting the Lionesses against each other.

With the squad split in a way that separated Daly and Fisk, both games were won by ‘team Fisk’. The first, played last Friday, ended 3-0, thanks to two goals from Ellen White and a finish by Ella Toone, while the second was won 2-1. Emse Morgan and Izzy Christiansen scored for the winning team, after Chloe Kelly had put the other side in front. Daly started both matches for her side, while centre-back Fisk was named on the bench for the second fixture.