Fabian Balbuena hailed the manner in which West Ham United secured their spot in the Carabao Cup fourth round.

Two goals apiece from Sebastien Haller and Andriy Yarmolenko, as well as an early finish from Robert Snodgrass, earned the Irons a 5-1 victory over the Tigers on Tuesday evening.

Balbuena was delighted with how the team performed in victory against a game Hull City side.

“I think the most important thing is the team played well,” the defender told West Ham TV. “We tried to always keep the ball, maintain good possession of the ball and create good chances to score.

“I think all the lads did a good job to win the game and qualify for the next round.”

We tried to always keep the ball, maintain good possession of the ball and create good chances to score. I think all the lads did a good job to win the game.

The Paraguayan international was named captain for the second consecutive Carabao Cup match, an honour Balbuena enjoyed carrying once again at London Stadium.

He continued: “I enjoy it. I think, personally, the armband doesn’t change the way I play, but I’m happy to have the confidence of the boys and the manager.

“The most important thing is for us to do really good work during the game, and I think we did a really good job.”

Two Academy graduates in Ajibola Alese and Emmanuel Longelo made their respective debuts for the senior side on Tuesday, while Harrison Ashby started his first match after making a cameo last week.

Balbuena pointed out the performances of the young trio as crucial to victory. 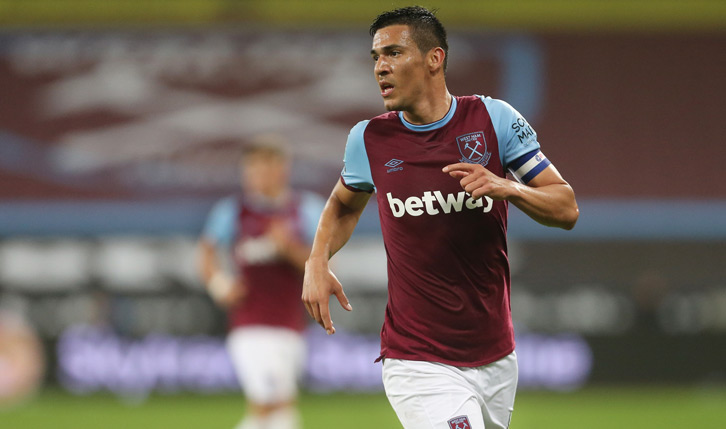 Balbuena said: “I think all the young boys did well. I don’t think we knew just how young they are because they all played like experience players.

“Every time we talk and train with them, we can see they know exactly what to do. They did a really great job and they helped us to qualify for the next round.”

Up next for the Hammers is another home test, as the side welcome Wolverhampton Wanderers in the Premier League on Sunday, and Balbuena feels this weekend’s game is a strong opportunity to pick up a first league win of the season.

“We always, when we’ve finished one game, start to prepare for the next one,” He added. “We have to prepare well. We need to recover some points and I think we’ve got a good chance against Wolves.

“We need to train well and try to reach that game in as good form as possible.”