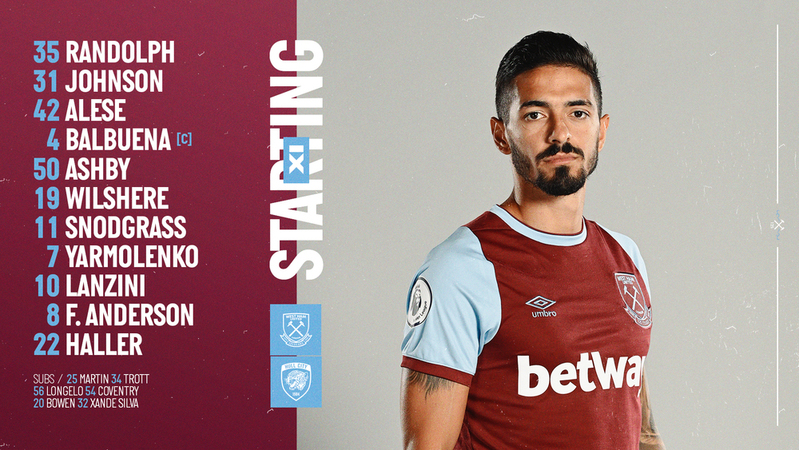 The 19-year-old has been named in David Moyes’ starting XI for the first time in a side that also contains fellow Academy graduates Ben Johnson and Josh Cullen.

The defender spent the 2019/20 campaign on loan at Accrington Stanley, making 15 appearances in all competitions.

Alese, who will wear the No42 shirt this evening, forms a defensive line with Johnson, Harrison Ashby - who made his debut last week - and Fabian Balbuena, who once again captains the Irons in the Carabao Cup.

Striker Sebastien Haller, who scored twice in the 3-0 win over Charlton in the second-round last week, leads the line for the Hammers.

On the bench, the Hammers can call on midfielder Jack Wilshere, who missed out at the weekend due to a slight injury, and former Hull City forward Jarrod Bowen.