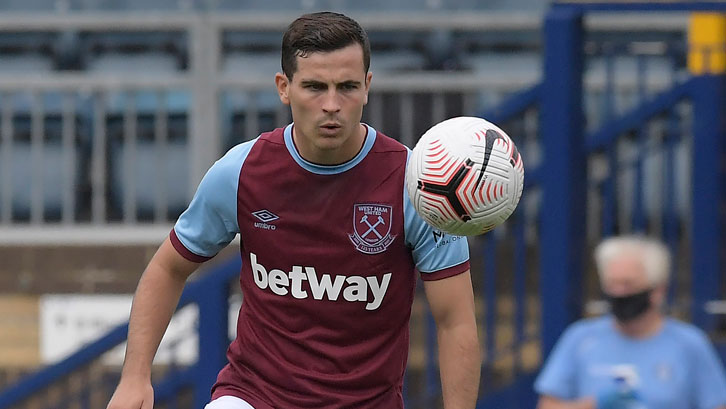 It is hard to believe Josh Cullen is 24.

With his baby-face, neat haircut and diminutive stature, Cullen looks much younger, but after joining the Club at the age of nine, the midfielder has been in and around West Ham United’s first-team squad for over half a decade.

Named in his first Premier League squad at Arsenal in March 2015, Cullen made his debut in the UEFA Europa League first qualifying round win over Lusitanos of Andorra four months later at a sold-out Boleyn Ground, aged 19.

After making his first start in the return leg, the Academy of Football graduate was handed his Premier League bow as a substitute in the historic 3-0 win over Liverpool at Anfield five years ago.

However, with competition for places fierce under Slaven Bilic, Cullen was loaned to Bradford City in February 2016. After renewing the arrangement for the following season, the youngster shone, helping the Bantams to reach the League One Play-Off final.

Having excelled in League One, Cullen spent the first half of the 2017/18 season with Bolton Wanderers in the Championship, before returning to West Ham in January 2018 to feature in the FA Cup third round under David Moyes, famously playing on after having a tooth kicked out of his mouth at Shrewsbury Town.

With first-team football still hard to come by in east London following the arrival of Manuel Pellegrini, Cullen opted to go out on loan again, joining tonight’s visitors Charlton Athletic in the summer of 2018.

In two seasons at The Valley, the central midfielder became an integral member of former Hammer Lee Bowyer’s team, providing the cross which led to Patrick Bauer’s last-minute winner against Sunderland in the 2019 League One Play-Off final.

At the same time, Cullen’s form saw him come to the attention of the Republic of Ireland, captaining his country at U21 level before making his senior international debut in a 3-1 win over Bulgaria in September last year.

Now back with his boyhood club, he is eager to prove that it is not too late to make a career in Claret and Blue, starting with a Carabao Cup second-round tie against the team he represented over the previous two seasons.

I’m delighted to be here. Like I’ve always said all along, through all the loans, the end goal is to be at West Ham.

It’s been a different pre-season, a shorter one than normal, but I’ve loved every minute of it under the gaffer.

Having worked under him and his staff during his first spell here, to come back and work under him again, I’ve loved it.

Being back in and around the lads, who I really get on well with, it’s been a pleasure, so hopefully I can stamp my mark on things now and try to be a regular feature in the squad and make as many appearances as I can. 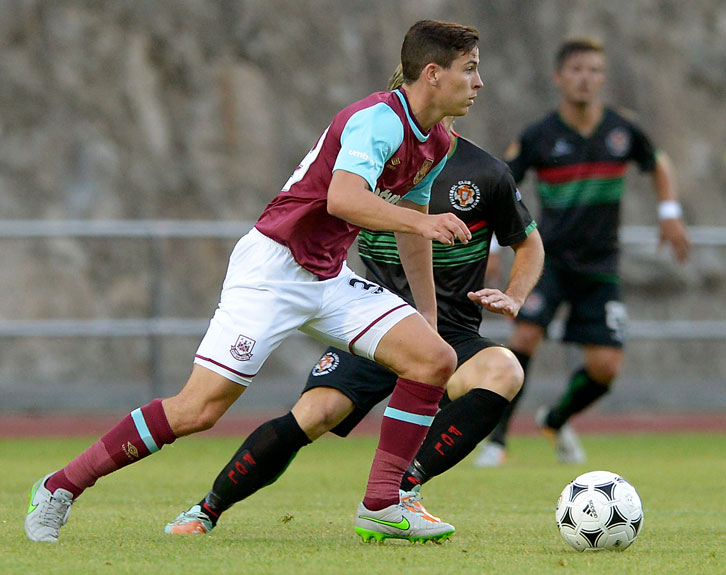 I think sometimes people think that I’m 24, and if I was good enough I’d be playing by now, but you see teams buy players who are 25 or 26 from the Championship, so I don’t see the difference between that and me going there and getting experience and getting games.

I could have stayed around at West Ham, but I wanted to go out on loan and get games, develop myself and improve myself and become a better player so when I do eventually get the chance here and I’m lucky enough to break in and get some games, then I’m the best player I possibly can be here, and I’m a better player for having gone out and playing those games.

The old saying is that ‘age is just a number’, but I’m 24 now and I’m feeling as good as I ever have and I’m good to crack on. 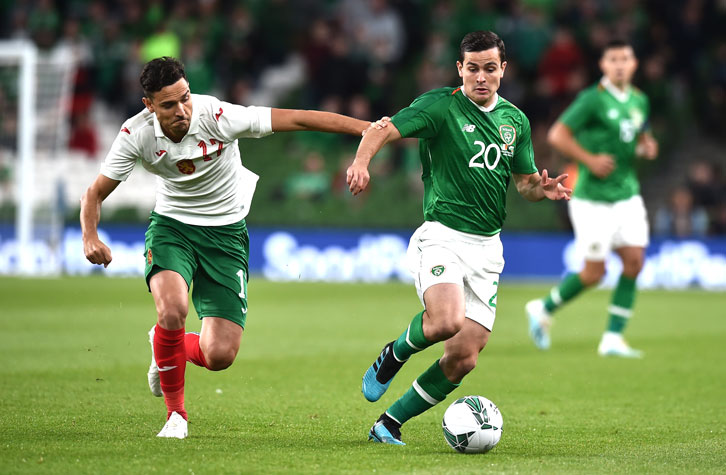 We just had an international break and it’s 100 per cent my aim to get back into the Republic of Ireland squad.

With the COVID situation, the Euros have been pushed back a year so it’s down to me to work hard, play games and impress and get back into the squad under the new manager, Stephen Kenny, who I played under for the Under-21s.

That’s what I’m looking to do and hopefully it won’t be long until I have that green jersey back on again.

I can’t remember what I was doing when the draw for tonight’s tie was made, but our Head of Player Care Hugo Scheckter text me saying ‘It’s the Josh Cullen Cup!’ or something along those lines.

You seem to see funny draws come up in football and it’s one of those!

It’ll be good to see everyone as I had two good seasons at Charlton but hopefully, on the night, we’ll be going out to beat them and get ourselves through to the next round.

It’s a local derby and it would have been great to have had the fans in because they are two unbelievable sets of fans and I’m sure the players would have loved it but in the times that we’re in, with the virus, everyone’s safety has to come first and rightly so. Hopefully we can draw them again before too long and can have the fans in.

There has been a lot of stuff going on behind the scenes at Charlton, to say the least, that people don’t really know about.

To be fair, credit has to go to the manager Lee Bowyer, the players and the staff, for how well they have cracked on over the last couple of seasons.

I can’t speak highly enough of the club. It just deserves to be run properly by someone who has the best interests of the club at heart.

For me, Charlton are one of the sleeping giants of English football. They have been a Premier League team in the past and definitely deserve to climb back up the ladder of the Football League and push to get back to the Prem.

To be honest, I don’t think many people know what is going on there. For the fans, the players and staff at Charlton, I hope it is all sorted out soon. 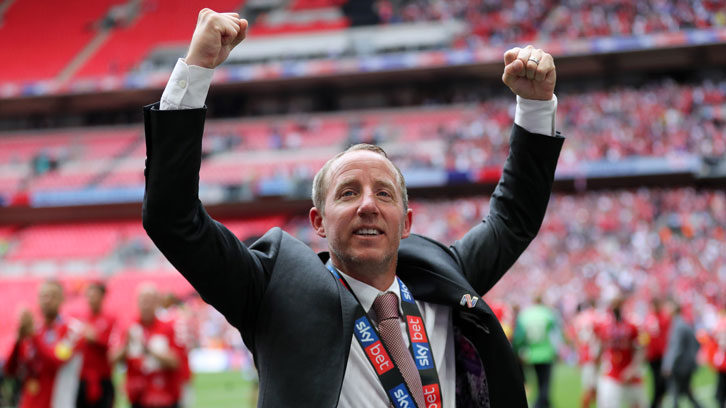 Lee Bowyer is someone who knows both clubs well, having played for West Ham and Charlton, and he’s done an unbelievable job since becoming manager at The Valley.

He took over in his first managerial during the 2017/18 season and got the team to finish in the League One Play-Offs, but they came up just short.

Then, in his first full season as a manager, he got us promoted when, at the start of 2018/19, not many people we giving Charlton a chance of coming up.

When you take into consideration all the stuff that’s happened behind the scenes, and what he had to deal with, like embargoes and not being able to sign players, he’s done an unbelievable job.

Bow is a great manager and I really enjoyed playing under him. I think everyone associated with Charlton really appreciate the job he’s doing.

Playing for Charlton at Wembley and setting up the winning goal in the last minute of the 2019 League One Play-Off final was one of the highlights of my career.

Making my West Ham debut, my Premier League debut and my full international debut for the Republic of Ireland were all obviously great in different ways, but they were all moments you built up to, whereas that was a moment of sheer elation out of nowhere.

To score the winner with six seconds to go, you couldn’t have picked a better moment to score, and all the emotions went flooding through me – delight and relief at achieving what we set out to at the end of a long, long season.

That feeling was incredible. Putting that cross in and seeing the ball go in is a moment I’ll never forget. 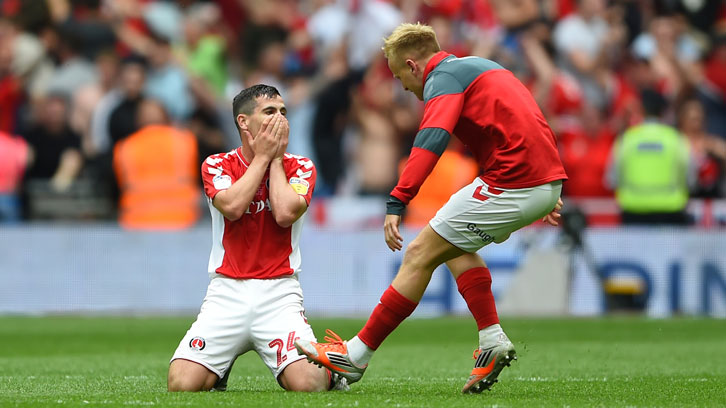 I’ve said many times before that I can’t thank everyone at Charlton enough for the way they welcomed me into the club.

I loved my two years there and it was a shame the way it ended last season with relegation from the Championship on the final day. It would have put the icing on the cake of two fantastic years if we could have managed to stay up, but it wasn’t to be.

Charlton has played a massive part in my development as a player and as a person and hopefully that two years of learning every day under a good manager and staff has made me a better player coming back to West Ham and hopefully earning my place as a regular fixture around the first-team squad here.

Massive thanks to everyone at Charlton for everything they did for me during my two seasons there. 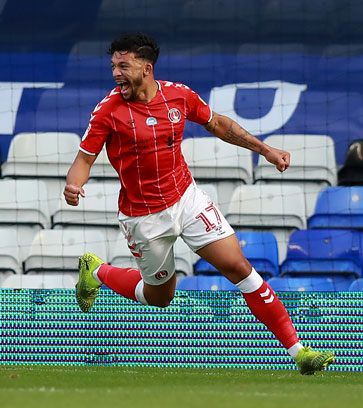 Charlton have got some very talented players in their squad, even if a number of senior lads have left since the end of last season.

Macauley Bonne (pictured) came in and did well for us last season, especially when we lost Lyle Taylor to a knee injury in the early part of the season.

It was a bit like ‘Can Mac step up?’ and he did unbelievable for us. I don’t know how many goals he scored but he led the line well and is a good finisher.

Alfie Doughty is another one. He’s a left wing-back with lots of pace. He’s a direct player and is still only 20 or 21 so he’s a good young talent.

I’ve got to give a shout out to goalkeeper Dillon Phillips who was our Player of the Year last season. When you’re down fighting relegation, you need your goalkeeper to stand up and he’s another young player who has got a long and bright future ahead of him the game.

We’ll definitely have to be ready for a stiff challenge as they have players who can hurt us.

I’m a West Ham fan myself and I know how much we all want a long cup run!

The Carabao Cup ties come thick and fast this month and you can find yourself in a quarter-final by October if you win your games.

A club the size of West Ham should be going into competitions trying to win things. We want to win every game and we’ll be hoping we can do that in the Carabao Cup and go as far as we can.

As a player, you want to win things and we’ll be giving everything we can.
It’s been a long time, so why not go on and win something? 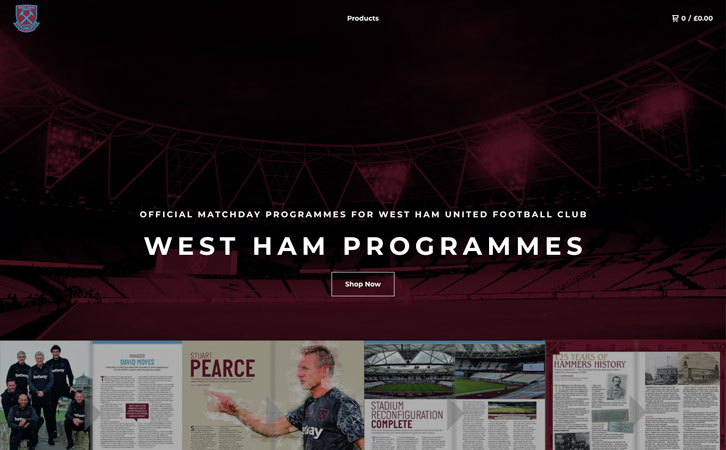