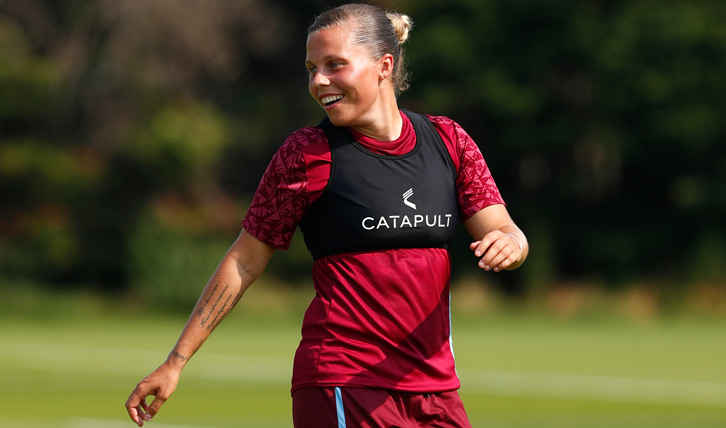 The reasons for excitement and optimism heading into this Saturday’s Barclays FA Women’s Super League match with Arsenal are many for captain Gilly Flaherty.

The Irons welcome the Gunners in the first home match of the new campaign, live on BT Sport, and Flaherty cannot wait to kick-off on Saturday evening.

The centre-back is in line to make her 50th appearance for West Ham, should she play, and Flaherty is looking forward to the game. 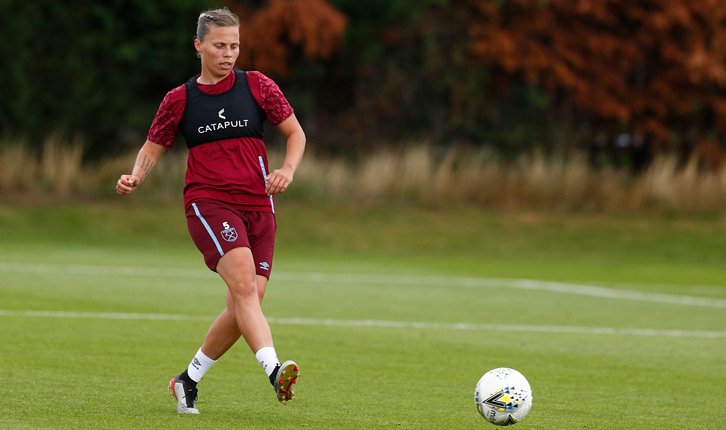 “This is our first home game of a brand-new Barclays FA Women’s Super League season,” the defender wrote in her pre-match programme column. “This is the beginning of my third year as a West Ham United player and I believe we have a strong, tenacious and determined side here, one that the new signings have added that bit of extra quality too.

“As we showed against Tottenham Hotspur last weekend, we have the drive to fight in games, and we came away from The Hive disappointed to not have taken all three points. I believe that shows a real growth in our team.

“Another reason for me personally to allow myself a moment of happiness is that this match – should I feature - is my 50th competitive game for West Ham. Of course, the COVID-19 pandemic stopped that honour from coming sooner, but I am grateful to be playing for and captaining the great club. Here’s to the next 50 games in Claret and Blue!”

Saturday’s game will also be the first time West Ham United have played at the Dagenham & Redbridge Stadium, and Flaherty is eager to lead her teammates out at the Club’s new matchday home.

It is a real privilege for this Club to be chosen as one of the pilot events to welcome fans back, and it will be a pleasure to have 1,000 of you with us, cheering us on, against the Gunners.

She continued: “The third reason for excitement is that this game is our first in our brand new matchday home, here at Dagenham & Redbridge Stadium. We had the opportunity to get a first look at the facilities during pre-season and I could immediately visualise myself leading the team out here.

“With the additional seating, so much extra space and the transport connections, I know this stadium is going to be an incredible home for West Ham United women’s team for today’s match and our home games going forward.”

The last reason is undoubtedly the best for Flaherty and her teammates, however, as the club welcomes back up to 1,000 West Ham United supporters for the game.

The skipper is excited to feel the atmosphere the fans provide at Victoria Park against the Gunners this weekend. 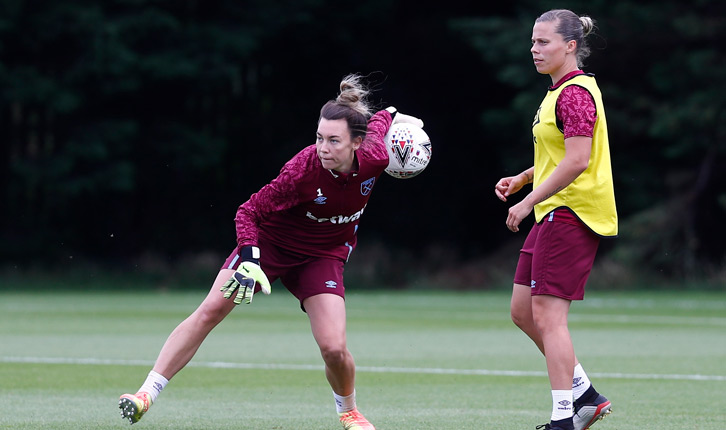 She added: “Finally, and most importantly, everyone in our entire squad is ecstatic because we get to welcome you, our fantastic supporters, back.

“It was surreal to play in front of no fans last weekend away to Tottenham and, while behind closed doors matches have been the norm during this pandemic, it doesn’t make it any easier to get used to.

“It is a real privilege for this Club to be chosen as one of the pilot events to welcome fans back to football stadiums, and it will be a pleasure to have 1,000 of you with us, cheering us on, against the Gunners.

“Whether you are here in person at Victoria Road, or watching the game from home, please know that we can feel your support and we know you are with us.” 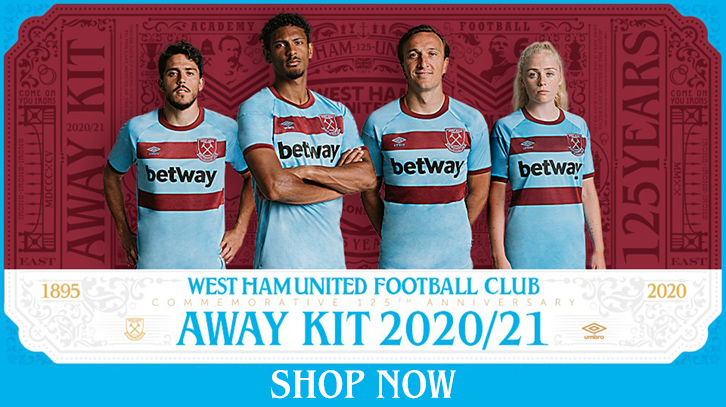