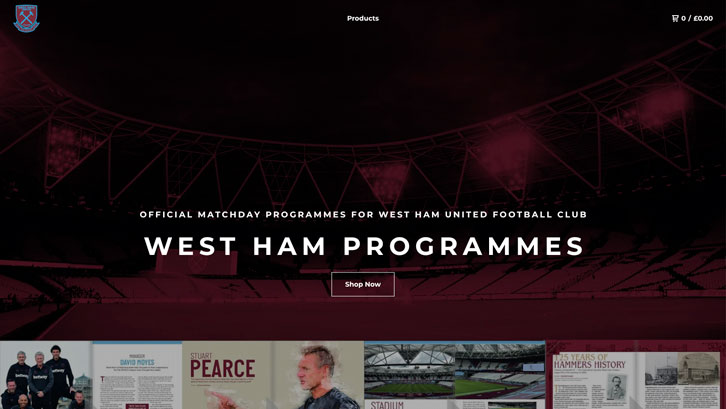 You can order copies of the Official Programme for the opening Premier League fixture of the season against Newcastle United on Saturday 12 September now for just £3.50, plus £1.49 postage and packaging*.

Copies pre-ordered on or before Thursday 10 September will be sent via first-class post and, if all goes to plan, will arrive in time for matchday.
Full-season subscriptions are also available, including all Premier League, FA Cup and Carabao Cup home issues, from just £108.

Cover star Jarrod Bowen discusses the unique circumstances surrounding the early months of his West Ham career and reveals his hopes and targets for the season ahead.

First-team coach and former West Ham and Newcastle defender Stuart Pearce looks back on his favourite Claret and Blue moments, while 1970s striker Pop Robson picks his Dream Teammates from his prolific spells at both clubs. 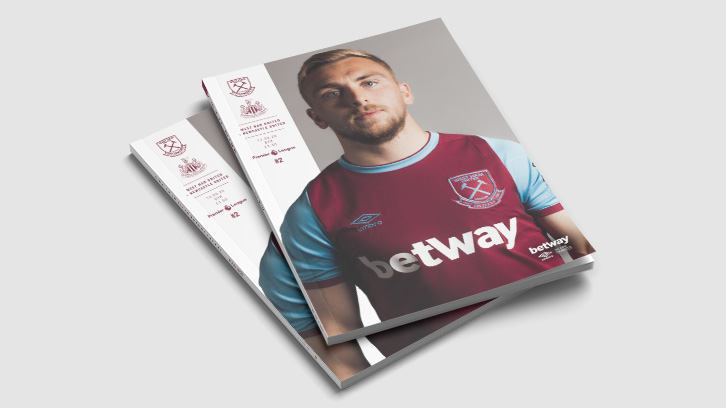 Columnist Mark Webster heads back down the Added Time Tunnel, Irons legend Tony Cottee shares his thoughts on the campaign ahead, while Evening Standard correspondent Ken Dyer looks back on his 60 years as a fan and reporter following the Hammers’ fortunes.

With columns penned by manager David Moyes and captain Mark Noble, plus exclusive interviews from the Academy of Football, West Ham United’s women and the Club’s award-winning Foundation, there is content for everyone in the Official Programme!

With fixtures being played without supporters present due to COVID-19 pandemic guidelines, Saturday’s game will be screened live in the UK by Sky Sports and across the world by the Premier League’s international broadcast partners.

To help fans everywhere enjoy the matchday experience, we will also be making a digital issue of the Official Programme, complete with enhanced video content, available free of charge from 10am on Saturday 12 September.