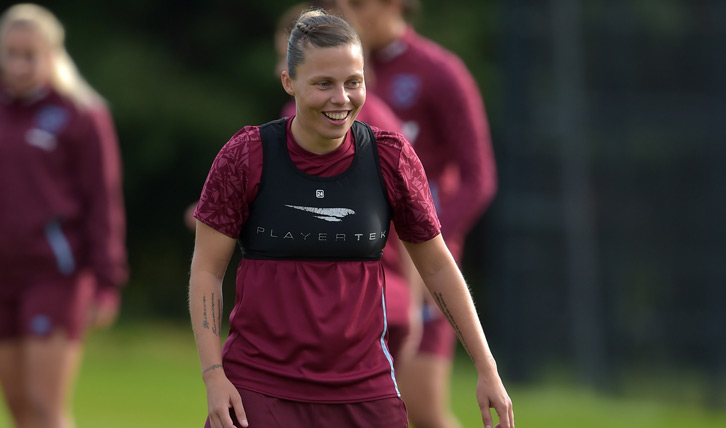 The Hammers take on Casey Stoney’s Red Devils in the Barclays FA Women’s Super League – live on BBC iPlayer – having performed well in large parts of their previous fixture, away to Everton.

Despite the encouraging efforts, the Toffees won that game 3-1, and Flaherty believes the Irons need to ensure they take full advantage when those situations present themselves.

“The last game, against Everton, kind of tells the story of our season so far,” Flaherty said. “We have been able to get going for large parts of every fixture, and there are certainly positives to take from each match we’ve played so far this season.

“But when we are in those advantageous periods we need to be assertive, driven and clinical.”

When we are in those advantageous periods we need to be assertive, driven and clinical.

Last season, West Ham United and Manchester United played out a thrilling 3-2 at Rush Green Stadium, with a late double from former Hammer Katharina Baunach securing the three points for the Irons. 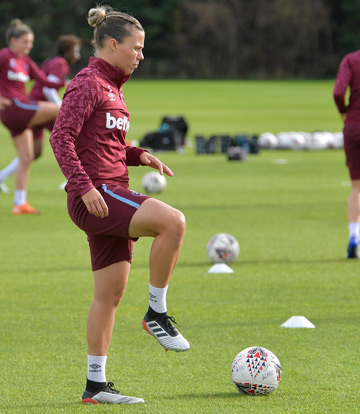 “It was an incredible game, that victory,” Flaherty recalled. “The one thing that sticks in my mind, that really stands out, was the fans. They were absolutely incredible that day. They’re incredible at every game but that match, there was just magic in the air.

“I genuinely, 100 per cent believe, that they were the reason we brought that game back around and got that result. I think that was a turning point in our season too. It gave us such a massive boost.”

With that win in mind, Flaherty believes Casey Stoney and her Red Devils side will be up for the fight at Victoria Road, but the Irons captain knows the east London side have the quality to take the victory.

She added” I’ve got a lot of respect for Casey. When I broke into the England squad, she was one of the first ones to reach out and offer help while I was there.

“She’s an unbelievable person in that respect and she’s taken to management really well. She’s someone I’ve got a lot of respect for. She will remind her players of what happened last year and I’ve no doubt it will be a tough game. We’ve got to step up and get the result.”

Containing an in-depth feature with the Hammers centre-back on the qualities that make a captain, this programme also features a preview with Australian international goalkeeper Mackenzie Arnold, a look at the quote that inspired Cecilie Redisch’s career, and much more!

Issue Three of the 2020/21 West Ham United women’s Official Matchday Programme will be available digitally on whufc.com from Saturday, and can be purchased online through Ignition Sports Media here! 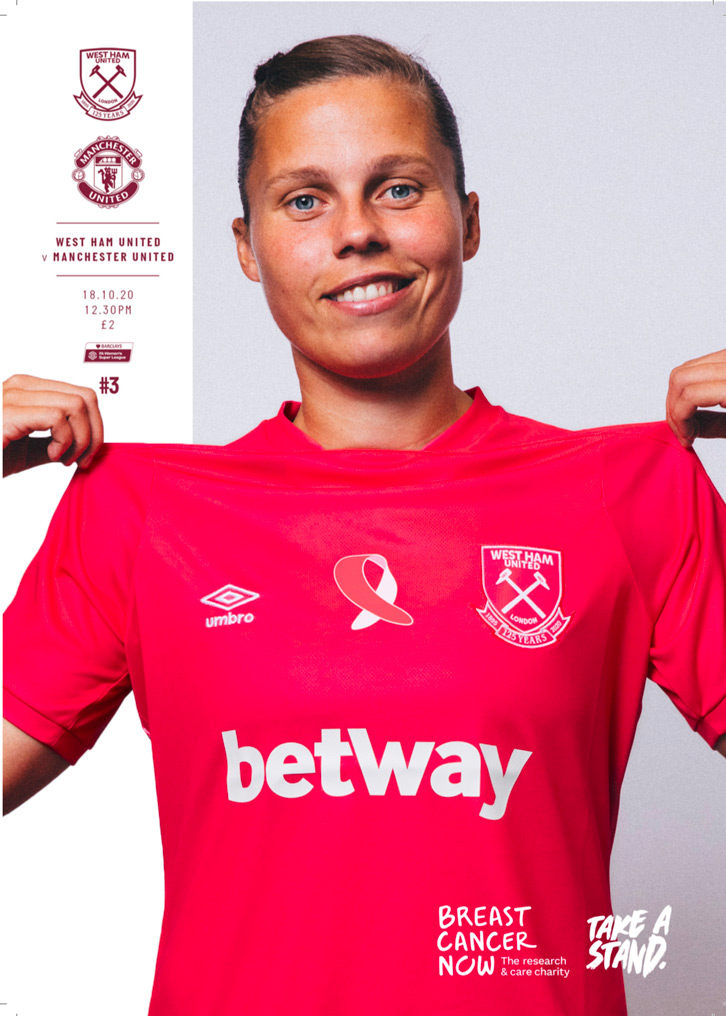